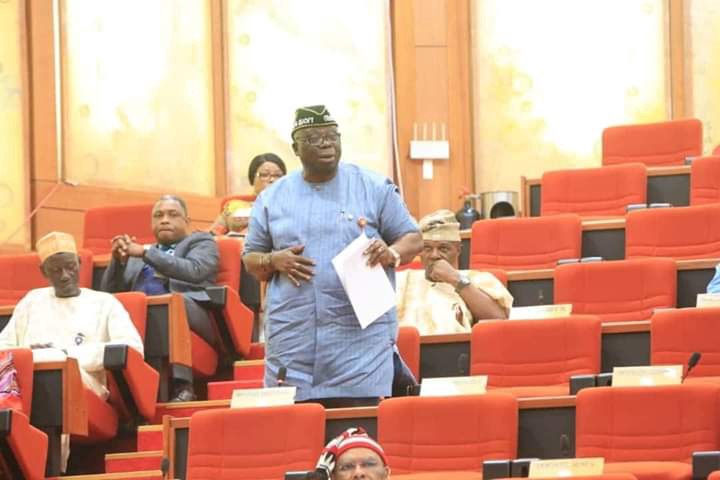 ... URGES BUHARI TO FISH OUT PERPETRATORS

An appeal has gone to President Muhammadu Buhari to investigate the current allegations of "forensic corruption, Covid-419, contract scams," and infighting in the Niger Delta Development Commission, following "lack of probity, transparency and integrity amongst the players".

In a press statement personally endorsed on Friday, July 17, 2020, the senator representing Akwa Ibom North-West Senatorial District, Senator Chris Ekpenyong urged the President to fish out the cankerworms which have eaten up the growth and development of the Niger-Delta region.

Ekpenyong who represents Senator Godswill Akpabio's Senatorial district, enjoined President Buhari to liaise with the national assembly to bring justice to the Niger-Delta people who have been shortchanged over the years, despite their enormous contributions to the sustenance of the nation.

The Senator maintaining that the allegations of corruption must not be overlooked, said the pitiable state of the region requires President Buhari's immediate intervention through a thorough investigation so that "those involved could be made to face the full weight of the law."

Regretting that the 20 years old agency has not lived the dreams of its founding fathers, Ekpenyong believed that the Niger Delta region is currently not an Eldorado of development because of the corruption and wickedness of Niger Delta Development Commission, NDDC's managers.

The Senator however expressed appreciation to the Rivers State Governor, Chief Nyesom Wike for "rescuing the former MD, IMC of the NDDC, Dr Joi Nunieh from the hands of her intended kidnappers."

Wondering why Joi Nunieh was terrorised in such a manner, Senator Ekpenyong stated that Nigeria was not a jungle for such break down of law and sought the investigation of the unlawful attempted arrest.

"I salute Gov. Wike for his timely intervention as the Chief Security Officer of the state as it was a deliberate attempt by the perpetrators to intimidate and prevent her from exercising her constitutional rights of freedom of speech.

"It is unlawful to attempt the arrest of a citizen of Nigeria without a warrant of arrest. The policemen and security agents who allowed themselves to be used for this outrageous practice should be investigated as such attempt is unconstitutional", he submitted.