By Brilliance (self media writer) | 17 days ago

Governor Nasri Ahmed El-RUfai of Kaduna State will be finishing his second tenure of office in May 2023, like other governors, he might want to anoint a candidate or better still produce his successor. Despite the security challenges in Kaduna State, Governor Nasir El-Rufai has performed credibly well in the area of infrastructural development. However, some factors might work against his party in the 3023 general elections. 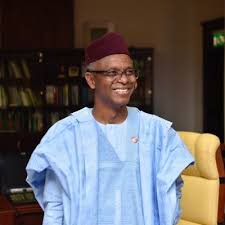 1. Strong Opposition PDP: Peoples Democratic Party, PDP has a formidable structure in Kaduna State that can compete with APC in 2023 gubernatorial election, the last local government election was clear evidence, surprisingly, Peoples Democratic Party PDP won some chairmanship and councilor seats against the ruling All Progressives Congress, APC, this is one of the early signs that it will be difficult if not impossible for the ruling All Progressives Congress, APC to win Kaduna State come 2023. Some political gladiators and their supporters who are not satisfied with El-Rufai's approach to governance might ally with PDP to ensure that their political relevance continues to thrive. The internal crisis might consume the party before the 2023 general elections if urgent steps are not taken to reconcile aggrieved party members. 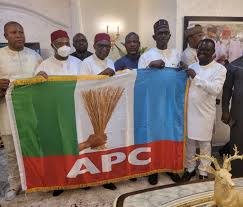 2. Civil Servants: this is another factor that might count against El-Rufai and APC in 2023. Civil Servants are not happy because El-Rufai refused to implement the N30,000 National Minimum Wage he promises during campaigns. Governor El-Rufai is one of the governors that promised full implementation of the N30,000 National Minimum Wage in 2019. Not only this, He Sacked a substantial number of Teachers, this led to a face-off with the Labour Unions in the state, they argued that the governor did not follow due process. These people might decide to vote for the opposition People Democratic Party, PDP in the 2023 general elections as a way of retaliation.