The state publicity secretary of Imo PDP, Hon. Ogu Bundu Nwadike has just dumped the party for the All Progressives Congress, APC. 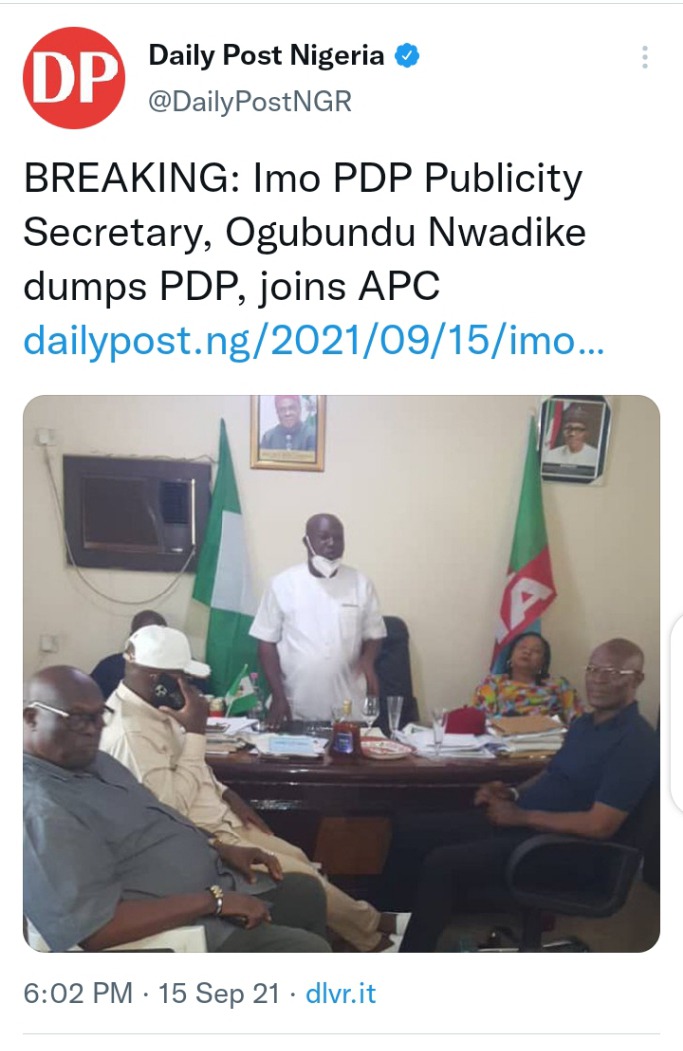 Nwadike's defection to the APC was announced in a resignation letter that he personally signed.

His decision to resign from the party was based on a personal decision made after consulting with his family and mentors.

Part of the letter read: “This is to finally inform you of my decision to resign from my position as the state publicity secretary of the People’s Democratic Party, PDP I’m Imo state.

“My resignation takes effect immediately. I thank the PDP for giving me the opportunity to serve the party.”

Ex-President Jonathan Reacts To Rumours Of Joining All Progressives Congress 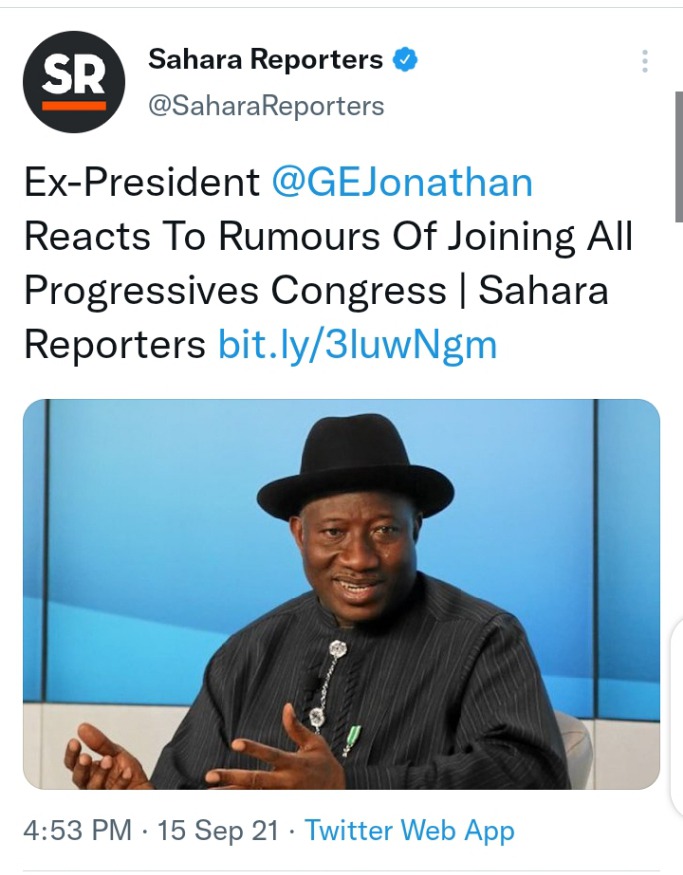 On Wednesday, a report on social media went viral, claiming that the former president has expressed interest in joining the ruling party and abandoning the Peoples Democratic Party, PDP.

The report fuelled rumours that the former leader may have plans of contesting for the country’s top seat again in 2023.

“The report is fake news. If he defects, it would be announced through the proper channels,” Eze said.

He insisted that his boss had not moved to the ruling party and had never considered doing so. 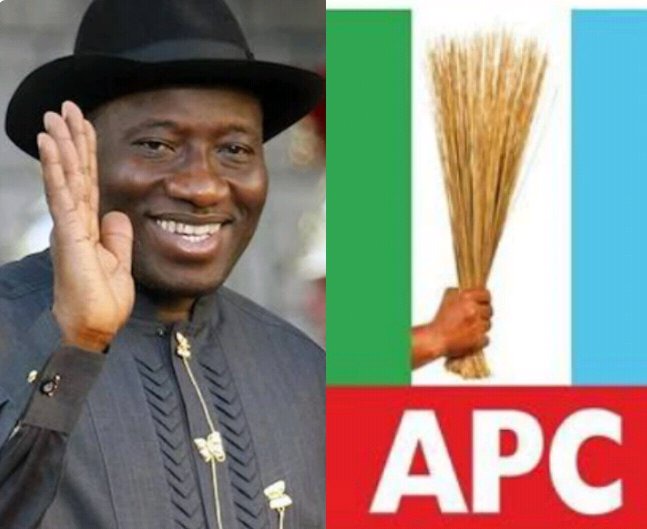 Yoruba Nation’ll be judged by company it keeps ― Presidency

The Presidency Wednesday blasted the Yoruba Nation for joining the Indigenous People of Biafra (IPOB), in storming the United Nations ahead of President Muhammadu Buhari’s participation in the General Assembly, saying that they would be judged by the company they keep. 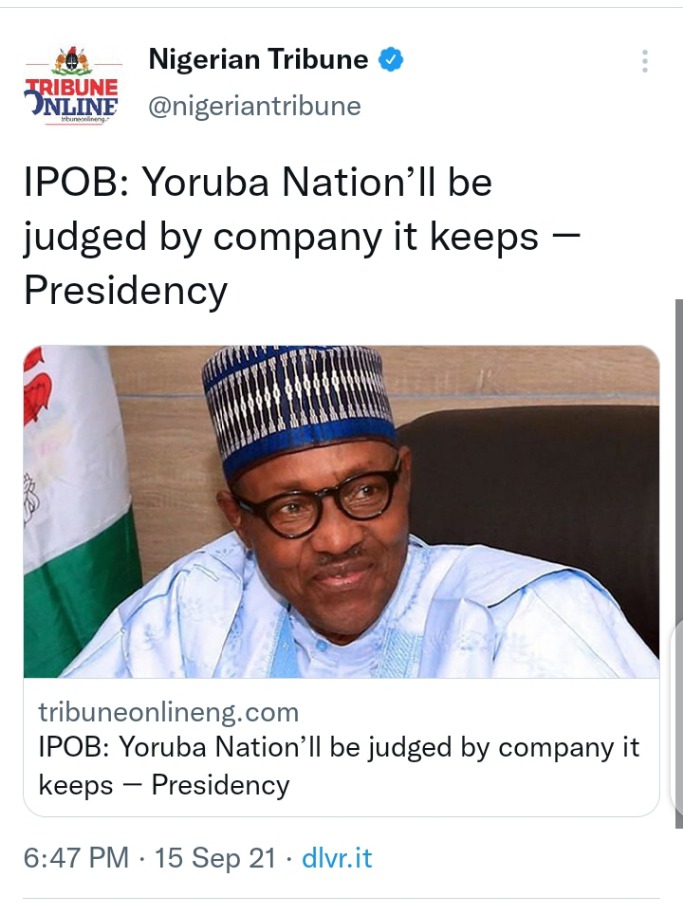 The Presidency reminded the Yoruba in a statement issued by Garba Shehu, Senior Special Assistant to the President (Media & Publicity), that IPOB is a designated terrorist organization with 50,000 paramilitary personnel.

While noting that no one would take the Yoruba Nation seriously if they continued to associate with IPOB, the statement stated that with the Yoruba Nation's increasingly violent rallies in Nigeria, their claims of promoting human rights must be ignored.

The federal government has approved N38.4 billion for the completion of road projects in five states of the country. 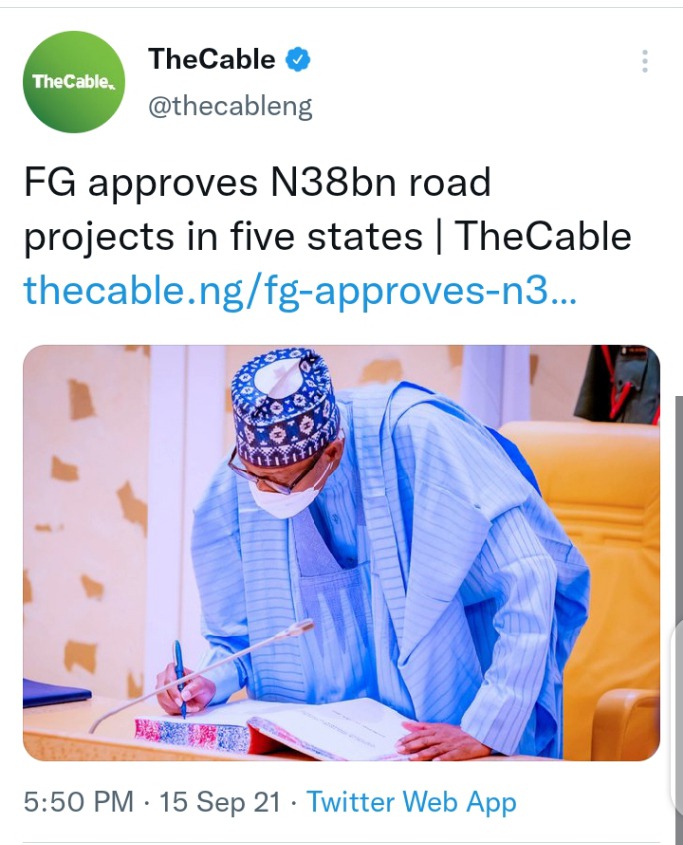 Babatunde Fashola, minister of works and housing, told state house correspondents after the federal executive council (FEC) meeting presided over by President Muhammadu Buhari on Wednesday that the roads would run through Benue, Bayelsa, Anambra, Imo, and Nasarawa states.

He said that all the projects were inherited from previous administrations.

“They are not new projects, they are projects that we inherited and we are trying to complete. So essentially they relate to cost revision because of the ages of the contracts and the prices of goods that have changed,” Fashola said.

3 Nigerian Celebrities Who Threw Luxurious Birthday Parties For Themselves This Year, 2021