By Johnero4all (self media writer) | 2 years ago

A group, Arising Leaders Forum of Nigeria, has organized a serious protest at the National Assembly, Abuja, calling for the investigation and the eviction of Minister of Niger Delta Affairs, in-person of Godswill Akpabio, over the criminal expenditure and mismanagement of funds in the Niger Delta Development Commission among others

the senator representing Akwa Ibom North-West Senatorial District, Senator Chris Ekpenyong urged the incumbent President to find out the problem which has eaten up the expansion and development of the Niger-Delta region. 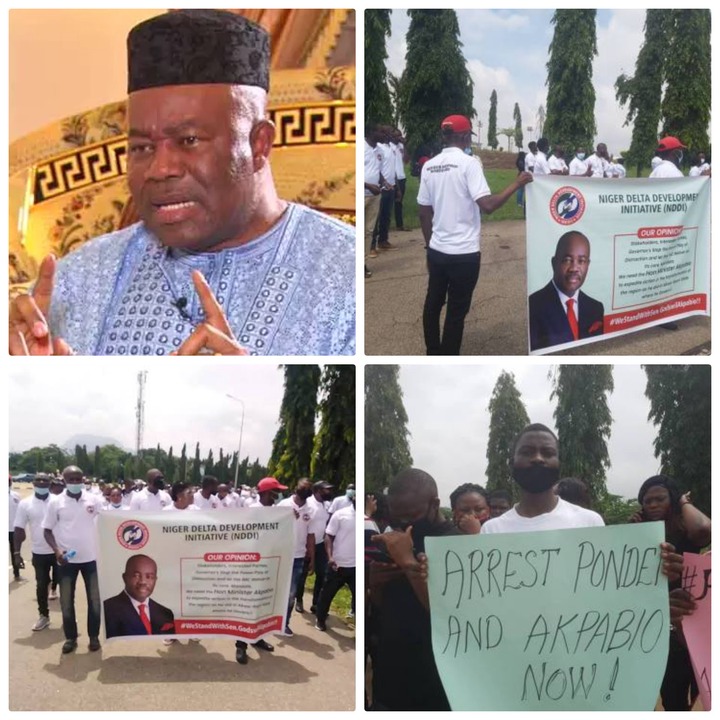 The group led by Okeahialam Cherech called the president for the suspension and arrest of the minister pending the verdict of the investigation by the committee.

The protesters stormed the main gate of the National Assembly shouting in unison anti-Akpabio songs. The group also called for the outcome of the investigation, adding that the chilling effect prophecies made so far had guaranteed the sack and arrest of the minister with immediate effect.

He also said that he was not aware that the Interim Management Committee of the agency spent N85bn in recent months for unapproved projects.

Meanwhile, another group named Niger Delta Development Initiative oversaw by one Phil Robbert insisted that the forensic audit must go on. 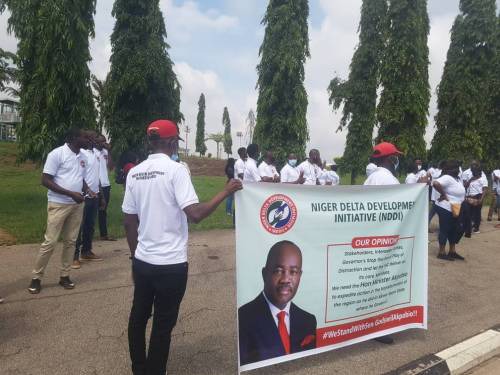 The group said the attack on the minister was nonessential and Nigerians should allow Akpabio to work for the good of Niger Delta people and not to be confused.

The ugly incident happened when Senator Akpabio claimed that some contracts were given to some members of the National Assembly.

The House of Representatives is currently investigating NDDC over alleged fraud, mismanagement of funds, among others.

Content created and supplied by: Johnero4all (via Opera News )