By Newsdepth (self media writer) | 7 days ago

Weeks after announcing his official defecton to the ruling All Progressive Congress, former minister of Aviation, Chief Femi Fani- Kayode is trending again in the media. This time, the erstwhile PDP chieftain is hitting the news headlines over his unending battle with the Economic and Financial Crime Commission, EFCC.

The news went viral on Tuesday that FFK was arrested by the anti-graft agency over an allegation bothering on documentation with the agency. The speculation in the public was that the former minister was to undergo the similar routine he has always been going through with the agency each time he has a case to answer with them. 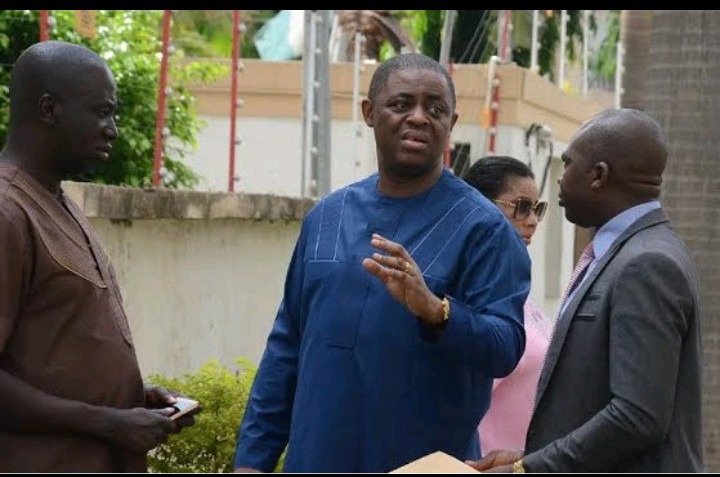 But surprisingly, few hours later, Fani Kayode was out of EFCC custody against all speculations. After his encounter with the agency, FFK who spoke to journalists over the incident also went on social media to set the record straight.

The news was that FFK was arrested by the EFCC and the headline screamed across the traditional and new media. But he later debunked it, saying it was a rumour. He however admitted that he was invited for a friendly chat.

Shortly after leaving the commission office, he made a statement that triggered a question that is yet to be answered till now. FFK while issuing a social media statement stated that he was granted bail on self-recognition. 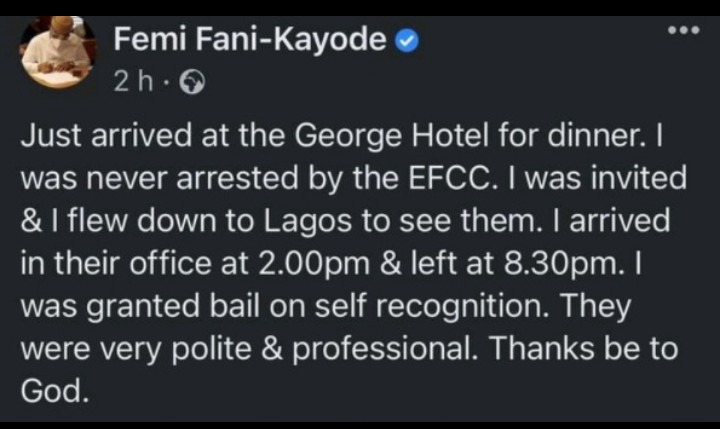 The question here is that, how can someone who was never arrested by EFCC be granted bail? If he claimed that he was never arrested, he should have simply gone there to answer questions and depart without any bail irrespective of the nature of that bail.

If he could take his self recognition before he could be released, then he was truly arrested. And if one may ask, he was recognized as who? Former Minister or New APC member?

However, whether he was arrested or merely invited, there is still need for him to answer a question of how he got his bail without arrest.