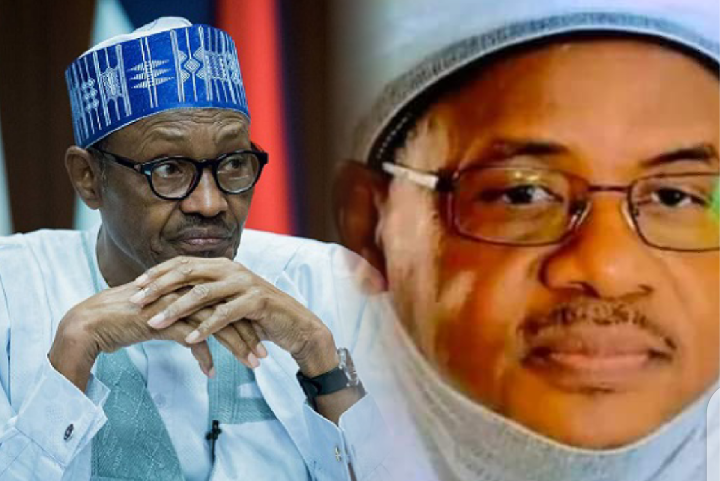 Socio-Economic Rights and Accountability Project, SERAP, has sued President Muhammadu Buhari, asking the court to declare illegal and unconstitutional the plan by the administration to track, intercept and monitor WhatsApp messages, phone calls, and text messages of Nigerians and other people. 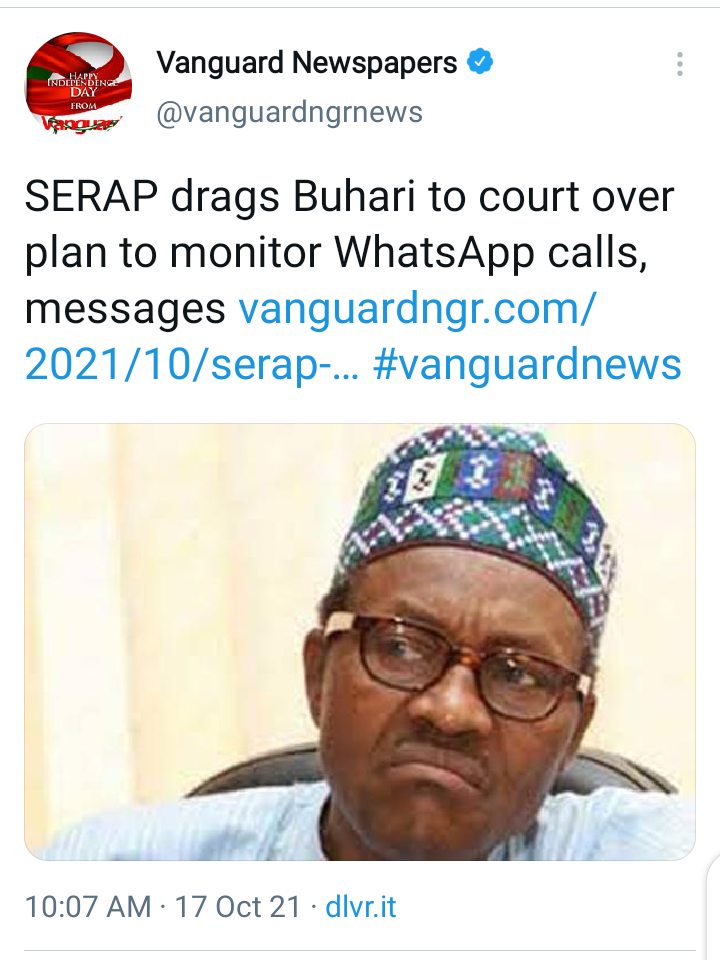 Joined in the suit as Respondents are: Abubakar Malami, SAN, Minister of Justice and Attorney General of the Federation; and Zainab Ahmed, Minister of Finance, Budget and National Planning.

SERAP stressed that any form of monitoring calls, messages severely threatens and violates the right to the preservation of privacy.

32 days after, Emir of Bungudu regains freedom from abductors

Thirty-two days after his abduction, the Emir of Bungudu in Zamfara State, Alhaji Hassan Attahiru, has regained his freedom from his abductors.

The monarch was abducted by bandits on the Kaduna — Abuja expressway alongside other travellers on September 14, 2021. 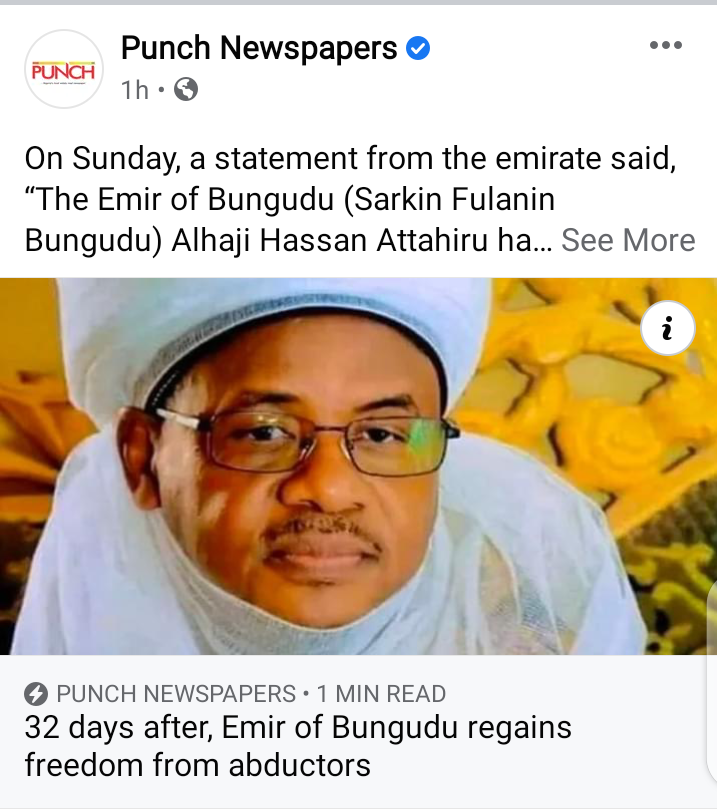 The family had a few days ago refuted claims that the emir regained his freedom while still in captivity.

But on Sunday, a statement from the emirate said, “The Emir of Bungudu (Sarkin Fulanin Bungudu) Alhaji Hassan Attahiru has regained his freedom after 32 days in captivity. On behalf of the family and Bungudu Emirate, we wish to thank everyone for their prayers and support during this trying time.

Austin Agada has emerged chairman of the All Progressives Congress, APC, in Benue State.

He emerged winner on Saturday during the elective congress of the party held in Makurdi, the Benue State capital. 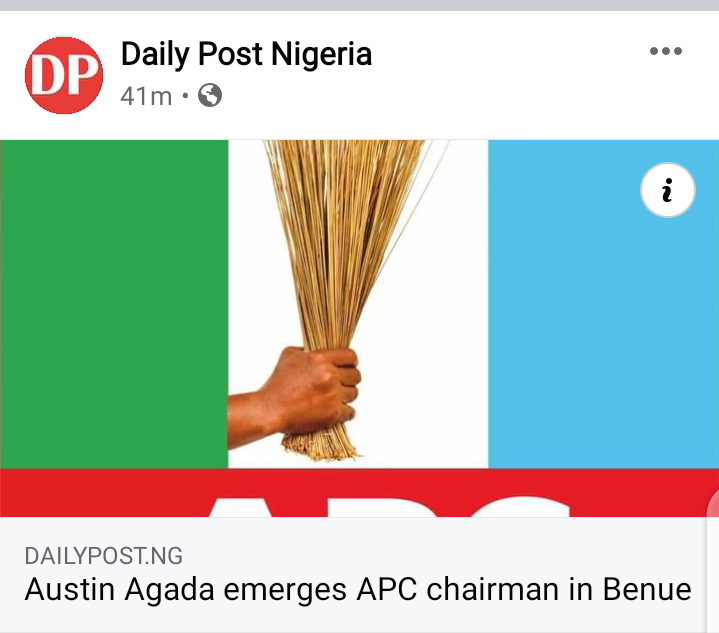 Agada, a native of Owukpa, in Ogbadibo LGA, polled 1,000 votes to clinch the position ahead of his rival, Barr. Omale Omale, from Apa, who garnered 27 votes.

There were five invalid votes.

Reacting to his victory, Agada urged those who contested for the seat to join hands with him to move the party forward.

Lagos State Governor, Babajide Sanwo-Olu has said any parallel state congress held in any part of the state is merely a naming ceremony.

He spoke at the All Progressives Congress, APC’s State Congress held at the Mobolaji Johnson Arena, Onikan, Lagos on Saturday. 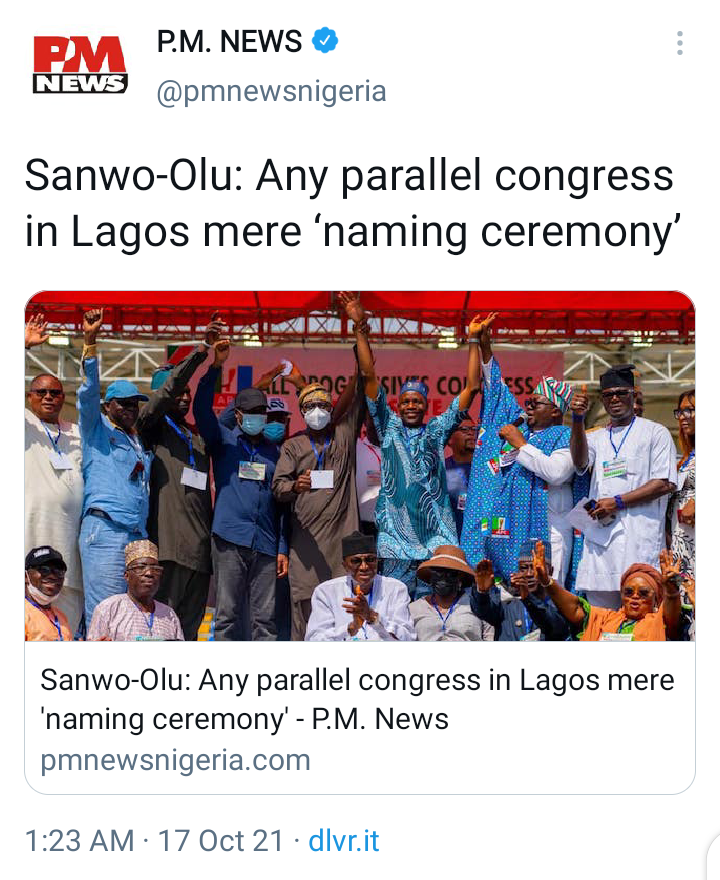 Sanwo-Olu dismissed parallel congresses allegedly held by some elements as “mere naming ceremonies”, saying the authentic congress was the one attended by card-carrying members of the party at the venue announced by the State Congress Committee and supervised by INEC and the party national executive committee.

The Governor said the new chairman, Cornelius Ojelabi had the mandate to reach out to aggrieved party members and bring them back to the fold.