Political gimmicks and tricks are playing out and some assumed political gurus can't read along the line what's happening. Tinubu/Osinbajo Presidential brouhaha by their fans is just an APC Joker to finally extinguish PDP Party ways of coming to power. If Asiwaju is set to contest none of his proteges will contest against him including the vice president. 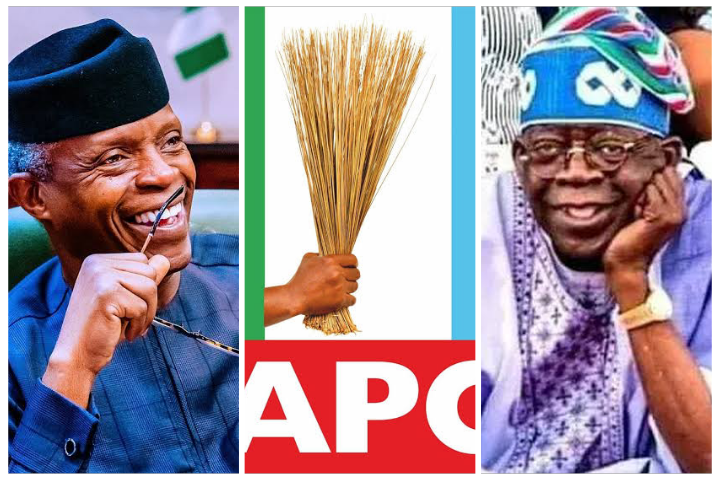 Many people are mincing a lot of things. What is involved to be a president is more than being presidential material. Osinbajo understands the game, he will stay away from jagaban for a while to balance the joker code, set the political permutation right, and confuse political calculation. In all this Asiwaju will emerge as a necessity. Asiwájú and Osinbajo are both playing games, they see each other behind the camera. Asiwájú is too brilliant to put all his eggs in one basket.

Asiwájú understands that people that are clamoring for Osinbajo are not doing so because they love him. They are only trying to set both against each other. Governance is all about total loyalty. All the Tinubu boys in the Buhari Executive arm of government from VP to the lowest posts did not have to visit him in London or here in Nigeria since Buhari has done so. They have to play along to show their loyalties to their current principal.

Both Osinbajo and Tinubu are sons of Oduduwa, and both eminently qualified to make a good president of Nigeria. No need of running down one for the other. One is a political godfather and the other the current Vice-president of the country and he has been in that capacity since 2015 till day. Both are political heavyweights. It's political naivety to do so. After all, neither of the men has up till date said anything on 2023 except when at different fora they said there was a government to run.

As per London visit, Osinbajo shouldn't be expected to visit Tinubu since Buhari has visited him already, it would be tantamount to wasting government resources which people wouldn't like, and nobody knew while Osinbajo was not there during Jagaban's welcoming party which couldn't be associated with betraying Tinubu, but might be as a result of his tight schedule. Let see how everything unfolds, but it is apparent that southwest politicians are wiser this time around to avoid conflicts that would make them lose opportunities this time around.