Hell is in the United States of America

If this comes as a surprise to you, you are not alone. Some really unusual things do happen on Earth, this Hell story is one of such an unusual one. 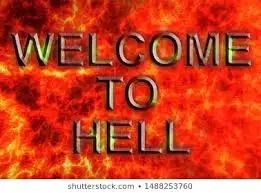 It was January 2015, the winter season was in full force across the northern hemisphere and record temperatures were recorded across the United States of America. Many infrastructures such as road, water and electricity was affected. It was in the midst of all these that the Hell story became a sensation. 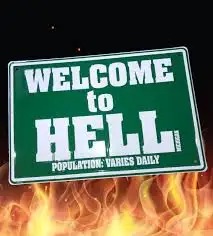 Hell is actually the name of a place in Michigan, United States of America, and is no joke or typographical error, the name of this American town is Hell.

For most religious adherents, hell is well known to be a place of perpetual turture, with blazing fire that never goes out. The torment in hell is suppose to be the punishment from The supreme deity for man's failings on Earth. 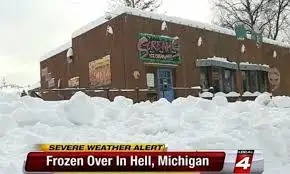 But crazy as it may sound to you, some people are already occupying Hell right now, matter of fact, in the winter of 2015, Hell was known to have recorded it's highest volume of snowfall in any winter. This is not the heat we expected or is it?

Instead of scorching heat and fire, Hell has blistering cold and ice. Instead of the devil leading the gang of tormentors in Hell, it is the unofficial mayor of the town and the government of the United States of America administering the town. 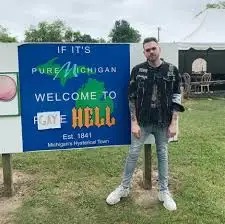 There wasn't supposed to be taxation in hell, but the people in Hell, Michigan pay taxes and ride sleighs on snow.

The town was thought to have gotten it unusual name from the early residents of the place.

According to one version of the story, the founder of the town George Reeves once responded when asked what name they should give to the place he had moved in in the 1830s after buying some properties there, He had responded by saying " you can call it Hell for all I care. 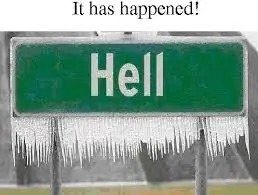 These name came to them when two German friends arrived in the small town and said to themselves 'So schon hell' (so beautifully bright, in German). The Americans not knowing the meaning of the German word hell, took it literally and the name stock.

So if you are planning to travel to America, do well to stop by Hell and say hi to the dweller of Hell, Michigan.