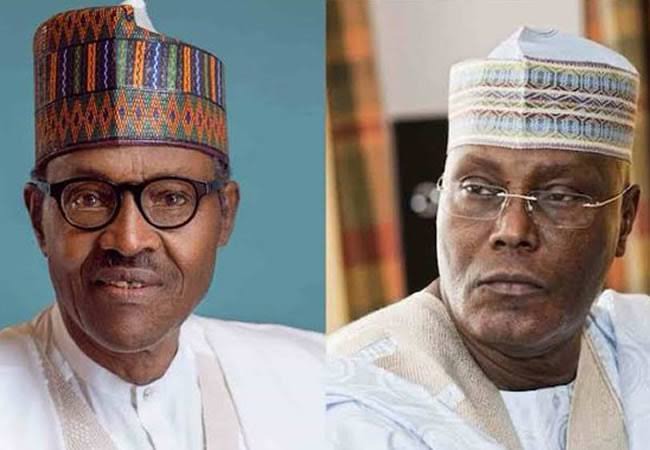 President Muhammadu Buhari has described the recently concluded Anambra State governorship election as free and fair, praising the role of the Independent National Electoral Commission (INEC) and the security agencies in making it possible. 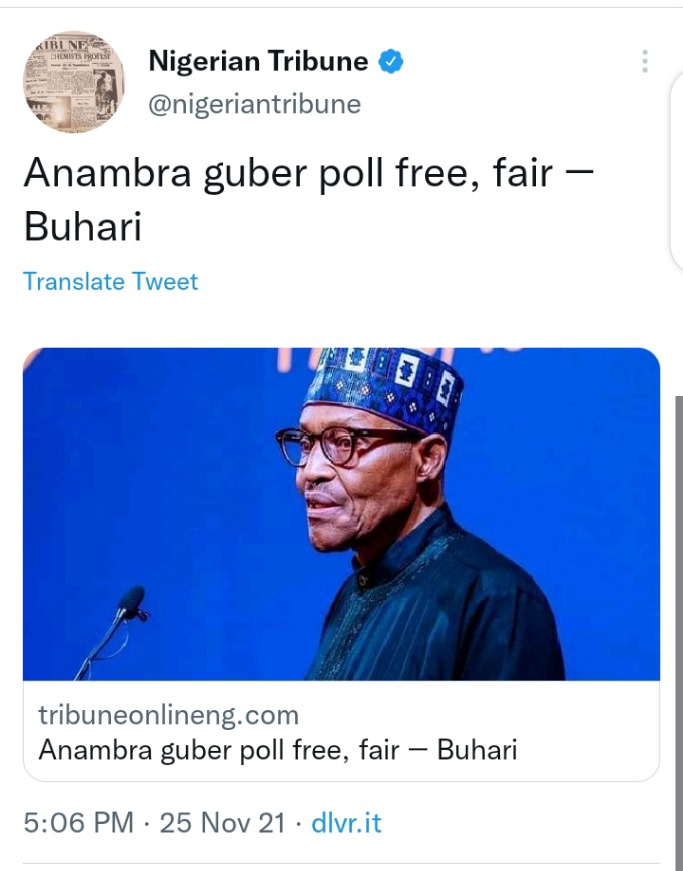 The minister of interior, Rauf Aregbesola, revealed this on Thursday while addressing reporters on the outcome of the president's National Security Council (NSC) meeting at the presidential residence in Abuja.

He said the governorship election in Anambra State on November 6 reflected the administration's commitment to promoting democracy and ensuring the success of the 2023 elections.

He said Buhari however, charged the security agencies to do more to tackle the insecurity confronting the country. 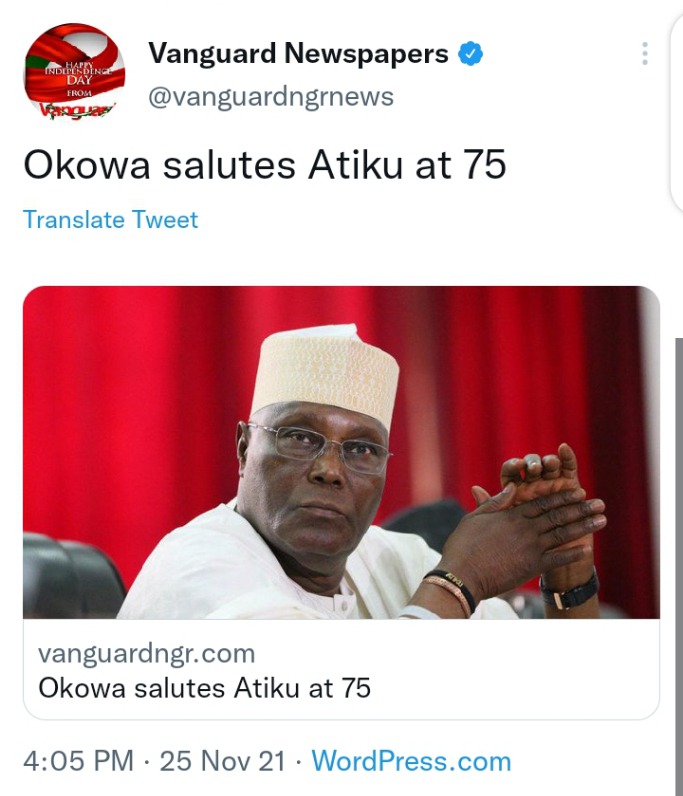 The governor lauded the former Vice President for his remarkable commitment to the nation's unity and progress through his remarkable economic and political activities in a congratulatory letter sent by his Chief Press Secretary, Mr Olisa Ifeajika, in Asaba.

Okowa said Atiku’s wise and consistent admonitions on national issues had been outstanding and impactful.

He commended the ex-Vice President and Presidential Candidate of the Peoples Democratic Party (PDP) in the 2019 elections for his inspiring role in the defence and promotion of democracy in Nigeria.

The appointment of Prince Sunday Aniyi as the new Obaleo of Erinmope-Ekiti and Prince Adegbenro Falore as the new Olufaki of Ifaki-Ekiti has been authorized by the Ekiti State administration. 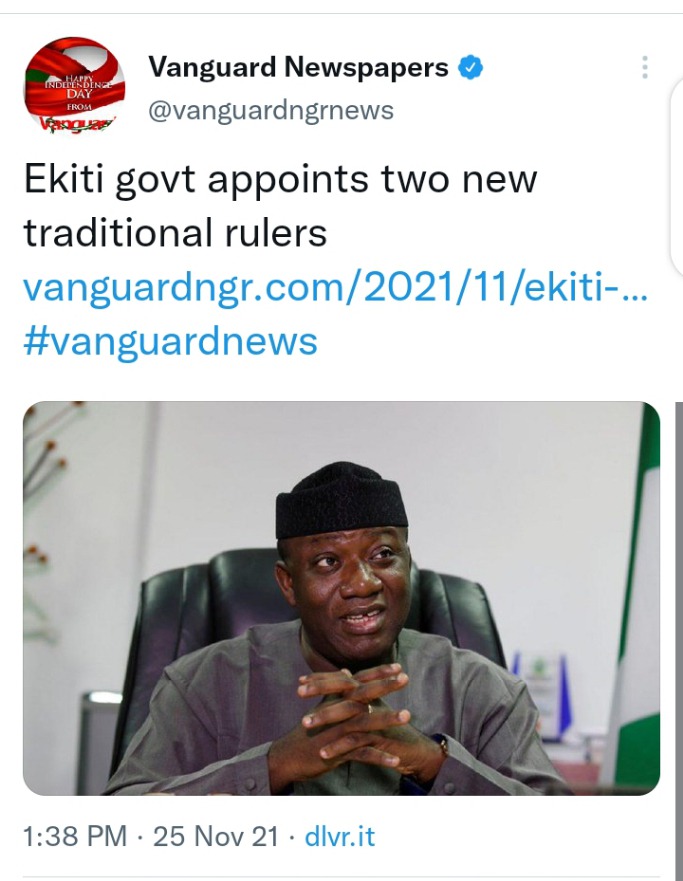 In a statement issued on Thursday in Ado-Ekiti, the state's Commissioner for Information and Values Orientation, Mr Akin Omole, revealed this.

He said the approval was one of the decisions made at the State Executive Council's 35th virtual meeting on Wednesday.

The appointment, according to Omole, was made after clearance from the Ministry of Justice, and it was done in accordance with the requirements of Ekiti State's Chiefs Law (2012) Cap C5 Law. 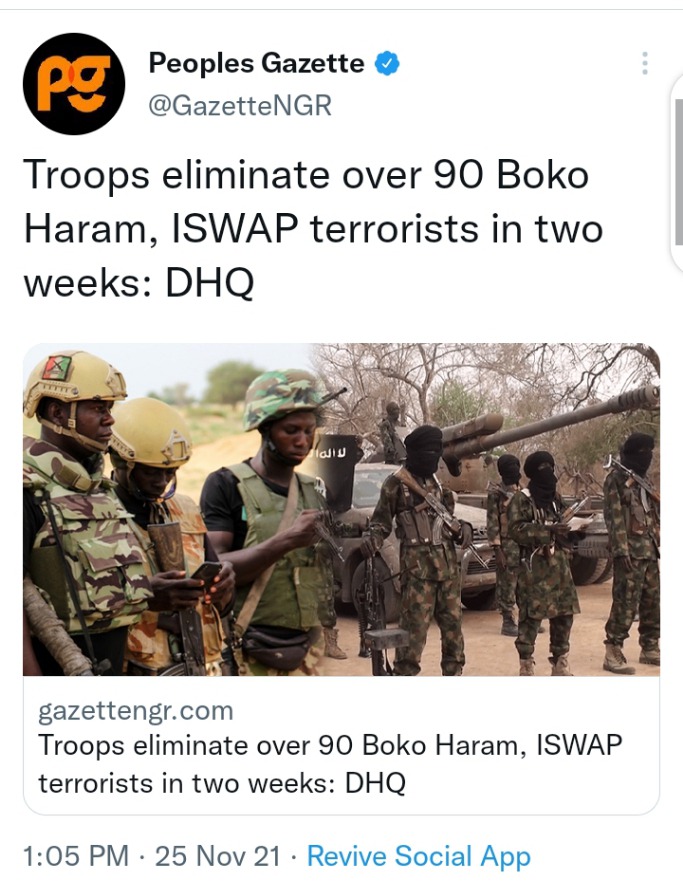 This was revealed by Bernard Onyeuko, the acting Director of Defence Media Activities, during a briefing on military operations from November 11 to November 25 in Abuja on Thursday.

Mr Onyeuko further revealed that an unspecified number of terrorists were killed in offensive air attacks by the air component in Baga, near Lake Chad, on November 12.

He added that the troops on November 13 repelled terrorists’ attack on troops at Askira-Uba in Borno, leading to killing of over 50 terrorists and destruction of several combat equipment, such as gun trucks and other weapons in a coordinated ground and air attacks.

According to him, their fighting vehicles as well as large caches of arms and ammunition were recovered during the encounter while some gallant officers and soldiers paid the supreme price.