Magu dismisses allegations against him, vows to return to EFCC

By Enjoyment4real (self media writer) | 1 year ago

The suspended acting chairman of the Economic and Financial Crimes Commission (EFCC) dismisses allegations of misconduct and misappropriation of recovered funds as well as insubordination.

" Speaking to Newsmen via his lawyer, Wahab Shittu, said that his client Asserted that all the allegations levelled against him were fabricated and doctored." 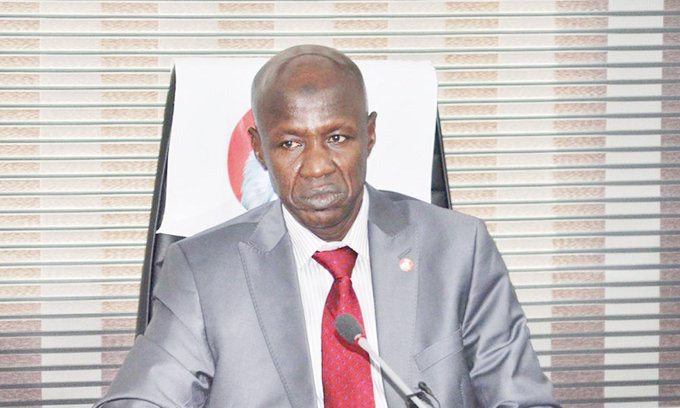 He Magu told me to tell Nigerians that he is not against the probe, they are bent in framing me up. Said Magu. He added that, he will soon be vindicated and reinstated subsequently.

It will be recalled that, a letter was written by Magu to the presidential panel headed by Justice Ayo Salami , alleged that some false allegations were published against him while he was in detention.

Magu added that, nothing incriminating was found in his house when it was searched.

Content created and supplied by: Enjoyment4real (via Opera News )