By Charlysac (self media writer) | 27 days ago 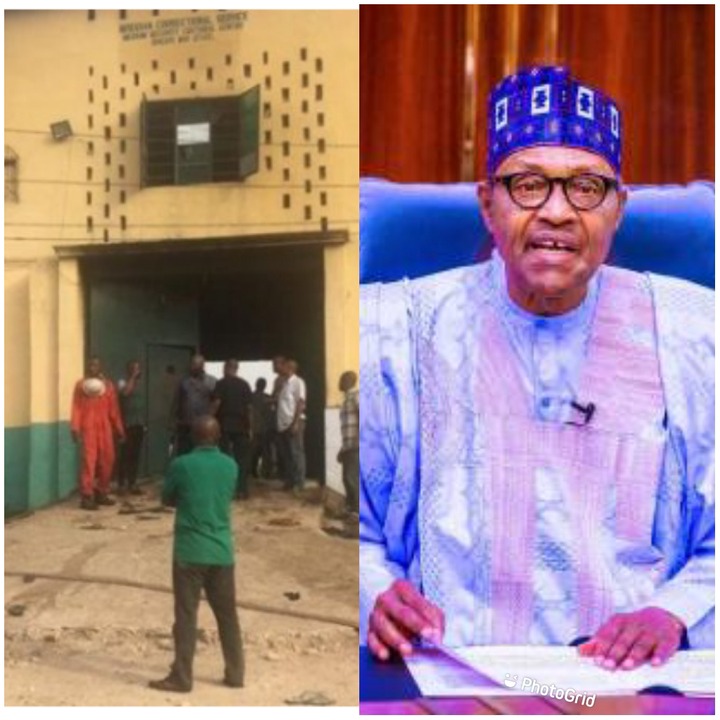 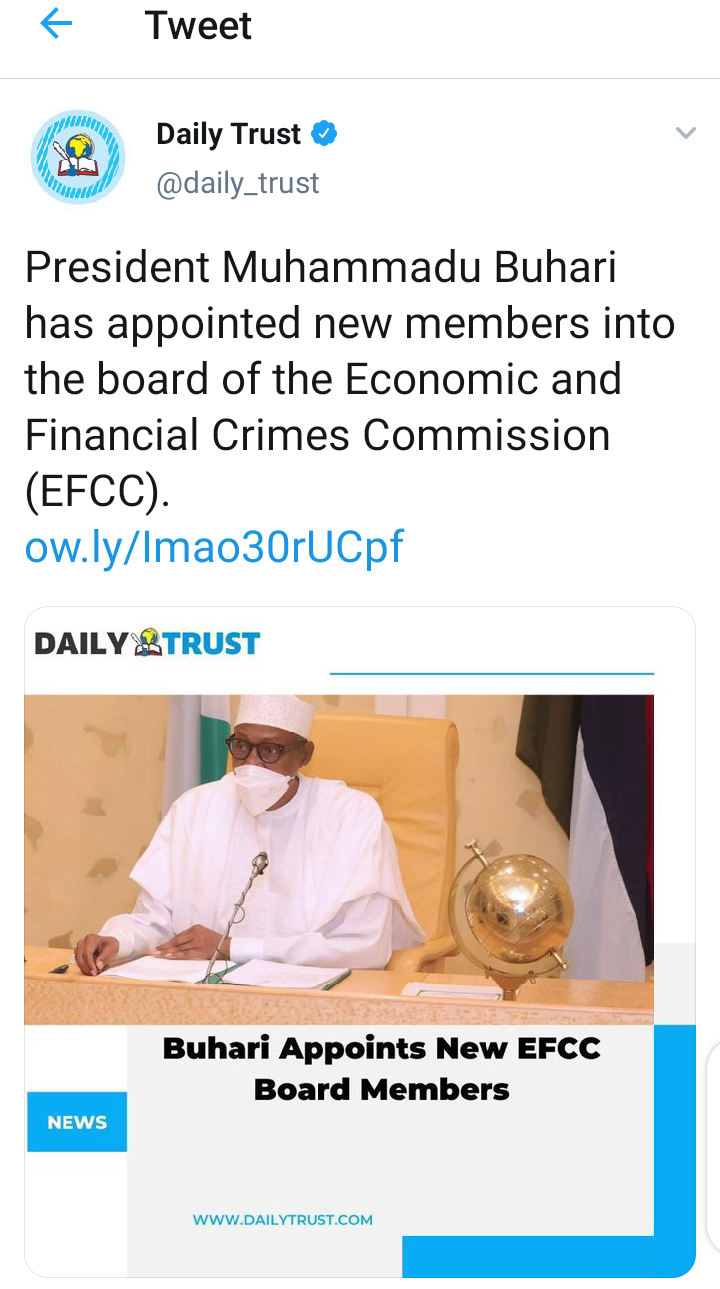 President Muhammadu Buhari has appointed new members into the board of the Economic and Financial Crimes Commission (EFCC).

While he appointed Mr George Abang as secretary of the board, Lukman Mohammed, Kola Adeshina and Mohammed Yahaya were appointed as board members.

The appointments are subjected to the ratification of the Senate.

Buhari’s letter seeking confirmation of the nominees was read on the floor of the Senate by its president, Ahmad Lawan, at the commencement of plenary on Tuesday.

Buhari said their nominations were in accordance with the Act establishing the anti-graft agency. 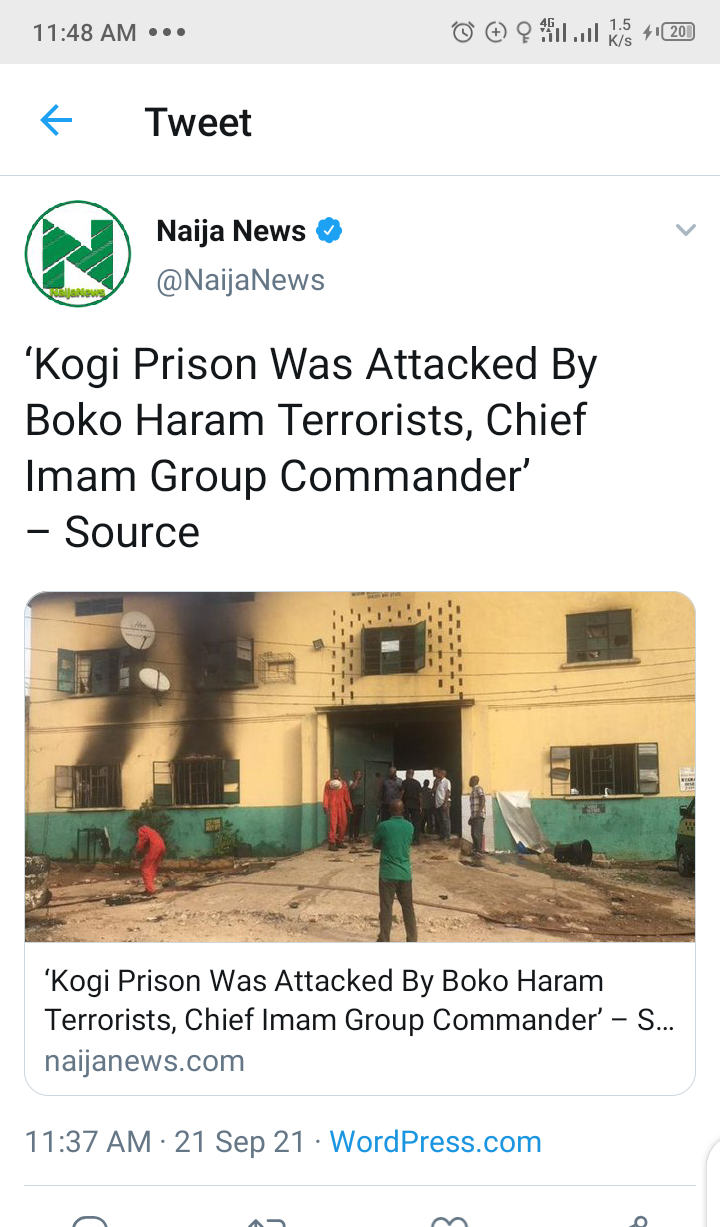 A new revelation has emerged on the attack on correctional centre in Kabba in the Kabba/Bunu Local Government Area of Kogi.

There are reports that the correctional centre was attacked by Boko Haram terrorists.

A source that spoke with SaharaReporters on Monday claimed that the terrorists upon their arrival at the correctional facility, gave the Chief Imam for the inmates, believed to be a commander for Boko Haram, a rifle.

It was disclosed that the Boko Haram commander who is an inmate of the prison, had taken up the role of Chief Imam at the correctional centre, leading other Muslims to prayer. 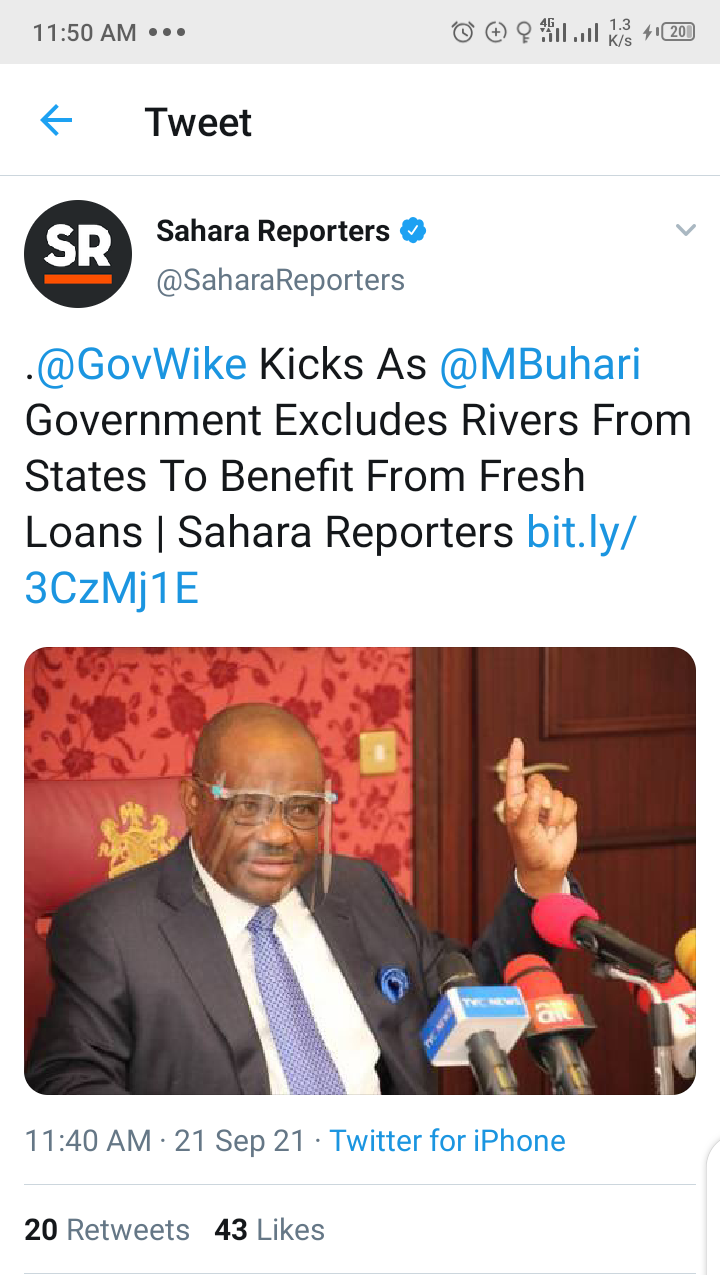 The Rivers State Governor, Nyesom Wike, has expressed disappointment over the exclusion of Rivers State from states that are to benefit from the projects to be executed with the fresh loan that the Federal Government is seeking to obtain from the World Bank.

This is as he observed that Nigeria must encourage federating states to harness their resources and generate revenues, including Value Added Tax (VAT) to advance their development.

He described as a sheer act of discrimination the Federal Government’s exclusion of Rivers State as one of the states that would benefit from projects for which it is seeking fresh foreign loans to execute.

The governor made the observation when the Managing Director of Sun Publishing Limited, Mr. Onuoha Ukeh, led a delegation to present a letter of nomination to him in Port Harcourt on Monday.

I allign myself with Lagos state, Wike on collection of VAT- Senator Bassey

Gershom Bassey representing the Southern Senatorial district of Cross River State at the Upper Chamber has thrown his support behind the Lagos State government and Rivers State governor Mr Nyesom Wike on the collection of Value Added Tax, VAT,.

Speaking with Vanguard in Calabar Senator Bassey said the collection of VAT by the federal government and sharing same among all states in the country is counter productive and makes the states lazy and ineffective in revenue generation.

“I believe in Devolution Gershom Bassey representing the Southern Senatorial district of Cross River State at the Upper Chamber has thrown his support behind the Lagos State government and Rivers State governor Mr Nyesom Wike on the collection of Value Added Tax, VAT,. 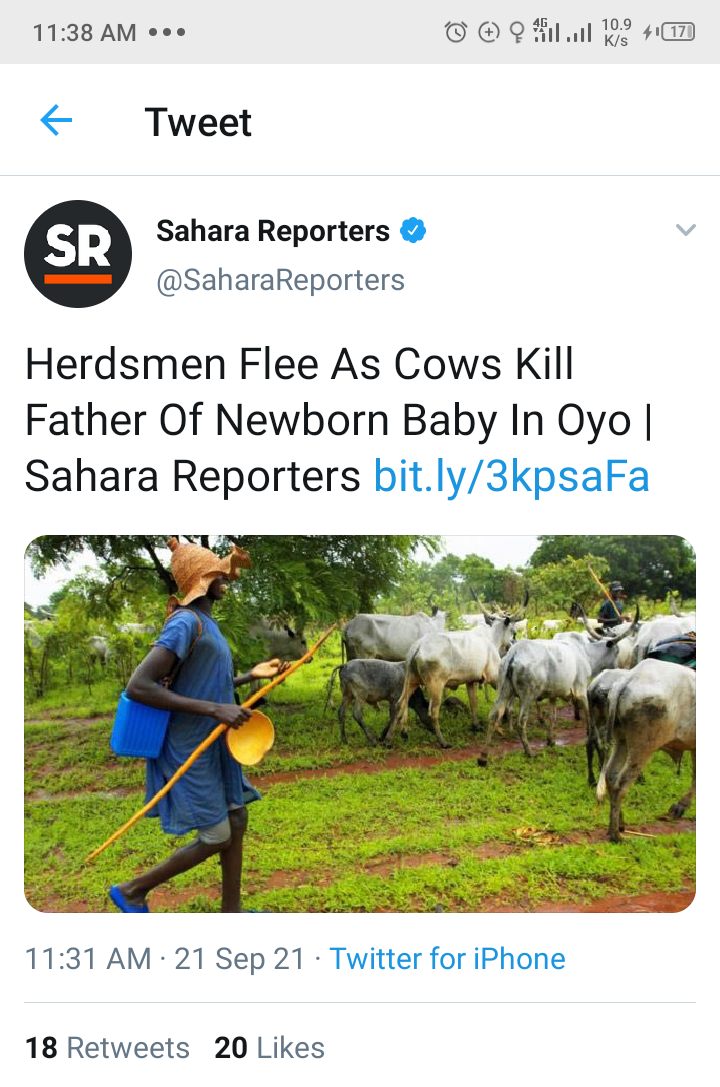 A 30-year-old man and father of a newborn baby, Benjamin Oyelade, has been killed by cows, which ran into him in Atapa area in the Surulere Local Government Area of Oyo State.

SaharaReporters gathered that the deceased was enroute Atapa/Iresa Adu Road on Sunday evening when a suspected herdsman bumped into the road with his cows and the victim was knocked off his motorcycle.

5 Tremendous Health Benefits Of Sleeping Next To Someone You Love