President Muhammadu Buhari has lauded Co-founder and Publisher of Premium Times, Dapo Olorunyomi, on his being named one of the four awardees for year 2020 International Press Freedom Award by the Committee to Protect Journalists. The President’s congratulatory message was conveyed in a statement by his Special Adviser on Media and Publicity, Femi Adesina, in Abuja on Saturday. According to the President, the honour attests to Olorunyomi’s many decades of commitment to the ideals of journalism and freedom of the press. 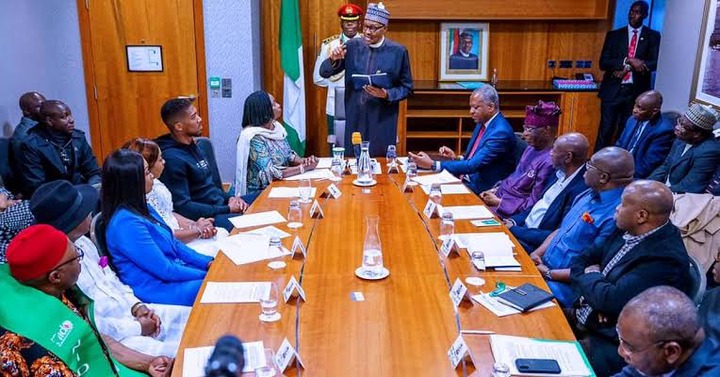 Former Chief Whip of the Senate and National Leader of the Action Democratic Party, Roland Owie, on Saturday defected to the Peoples Democratic Party. He announced his defection at a ceremony in his home town, Ilobi-Isi, near Ehor, Uhunmwonde Local Government Area of Edo State and urged his supporters to work for the second term bid of Gov. Godwin Obaseki.

Fred Aimienwanwu, Vice Chairman, Ovia South West Local Government Area of Edo State, has raised the alarm on threat to his life and family over his refusal to defect from the All Progressives Congress to the Peoples Democratic Party. The Vice Chairman, in a petition to the Assistant Inspector General of Police, Zone 5, Benin, alleged that the council Chairman, Destiny Enabulele, and one General Peres were after his life.

The doggedness of operatives of the Nigeria Customs Service Federal Operations Unit Zone ‘C’ Owerri, covering the Benin axis, has continued to pay off with seizures of 10,080 pieces of used tyres, 205 bales of second hand clothing, used bags, rubber slippers and exotic cars amongst others, with duty paid value of N351,404,000. The Customs Area Controller, Comptroller Olusemire Kayode, made this disclosure at a press briefing in Edo State on Friday.

The National Council of Women Societies has urged the Federal Government to protect Joi Nunieh from all forms of physical and emotional harassment while she faces probe. Nunieh is a former Managing Director of the Niger Delta Development Commission. Laraba Shoda, the National President of NCWS, made the call in a statement in Abuja. The News Agency of Nigeria reports that Nunieh is currently facing investigation into an alleged financial recklessness of N22.6 billion said to have been perpetrated under her stewardship at the NDDC.

The Niger State House of Assembly Ad-hoc Committee on COVID-19 on Saturday frowned at the failure of the state Task Force on the pandemic to distribute palliatives donated to the state during the lockdown. The Chairman of the Committee and Member Representing Bosso Constituency, Malik Madaki, said this during an oversight function to the COVID-19 isolation centres and food stores in the state.