Akpabio is a brand to change things for good. 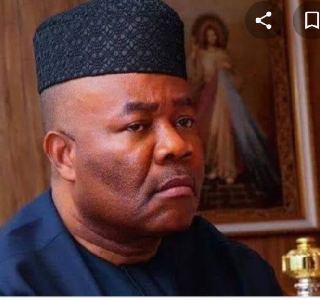 AKPABIO IS A BRAND TO CHANGE THINGS FOR GOOD.

Leadership is the ability of an individual to lead, inspire and guide to transform other individuals, groups, organizations or society for a good cause.

A political leader is a public servant who works for the betterment of the society.

A political leader requires statesmanship as opposed to just being a politician this means having the Integrity and willingness to stand up for what is right, even if it means losing his position.

What it takes to be a good political leader?

A good political leader is one who is capable to take decisions, determined to work for the betterment, has the willingness to manage & rectify issues and importantly stand up for what is right.

A political leader should not be worried about his position, power and authority. He should always work for the growth of the society and should value his citizens.

Of all the leadership roles, political leaders are always on top of everyone’s mind because they are in the news always for one reason or the other. Around the world there are many aspiring political leaders but unfortunately, there are few leaders who live up to the ethics and principles.

Franklin D. Roosevelt once said, The future lies with those wise political leaders who realize that the great public is interested more in Government than in Politics therefore leaders should stick to their promises and fulfilled them.

We know very well that responsibility is one of the most important leadership qualities. Most political leaders point fingers at other leaders rather than taking the responsibility upon them. Leaders should acknowledge other leaders contribution towards society. They should accept their own faults, failures, mistakes and should always work towards their betterment.

A leader who is honest and takes responsibility for his or her own decisions and actions has the quality to become a great leader.

A good political leader must be capable of making tough and brave decisions for better future of public.

He should have the courage to stand up and say what needs to be said rather than just tell what people like.

He should work for people’s well-being rather than fighting for their better political positions.

He must listen to the people and represent them faithfully.

He should be loyal to the people he or she represents.

He should resist themselves from various temptations of the political arena.

He should be humble and down to earth.

He should consider that he is just a leader and not owner of the people he represents.

Let us remember that, Leadership is instrumental for social change. Overcoming social problems or modernizing and abolishing social norms has been impossible without the right kind of leadership.

Leaders work for goodness of society, consider their people’s voice, creates a positive and happy society, and keep these people motivated and inspired.

Some communities and societies are often remembered by their leaders and its exceptional social phenomenon that one leader can’t shape the future of the general public.

A good leader will continue to inspire, motivate and empower his followers while also showing team members that they believe in them, and Hon. Minister of Niger Delta, Hon. Senator Godswill Obot Akpabio is that great leader.

Content created and supplied by: Ibom-hub (via Opera News )