By MightyPen (self media writer) | 2 years ago

She made history in October 2019, when she was winged as Nigeria’s first female combat helicopter pilot in the Nigerian Air Force, after 55 years of existence. At her decoration last October, flanked by the chief of air staff, Air Marshal Sadique Abubakar and the Women Affairs Minister, Pauline Tallen, she marched to receive her wing with such immaculate finesse that mirrored her passion for the job. Born in 1995 to Engineer Akin and Mrs Arotile, from Iffe, in Ijumu Local Government Area of Kogi State, Tolulope attended the Air Force Primary School between the year 2000 to 2005 and she proceed to Air Force Secondary School, Kaduna between 2006 to 2011. 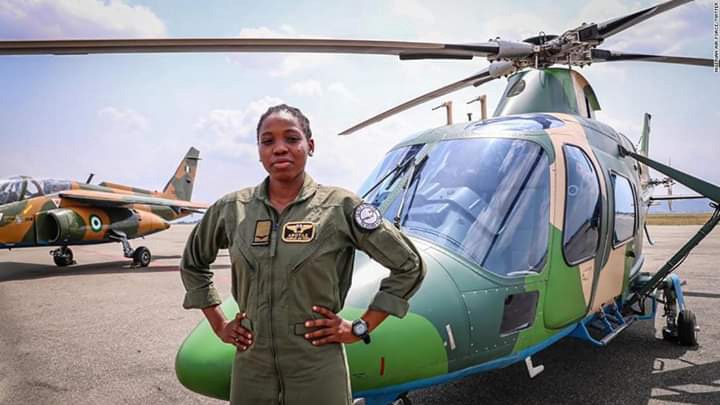 The dream of becoming an Air Force came into reality when she was admitted into the Nigerian Defence Academy, Kaduna, in the year 2012 as a member of the 64 regular course, where she finished from in 2017, as she bagged a degree in mathematics and she was commissioned as a Pilot officer. 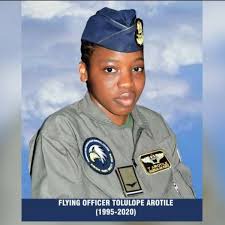 At the age of 24, the news of demise of the pace setter in Nigerian Air Force broke out on July 14, 2020 when she was inadvertently hit by the reversing vehicle of an excited former Air Force secondary school mate, while trying to greet her in Kaduna as reported by Nigerian Air Force and this unpalatable incident led to the untimely demise of our dear Tolulope Arotile. Without mincing words, Tolulope has set a pace that will be very hard to erase in the history of Nigeria and the mind of Nigerians at large, her death came when the family least expected it and when fellow Nigerians never thought of it. T. Arotile can be referred to as the jinx breaker in the history of Nigerian Air Force and her impacts while combating the bandits in the northern part of this country cannot be over emphasized.

Tolulope lived a short but impactful life and her days on earth has affirmed a popular saying that what a man can do, a woman can do better, and indeed Tolulope did better, but we eventually lost her at a very prime age of her existence.

The demise of Tolulope has really caused more harm than good, most especially in her family being the fourth child where she serves as an assurance of a great future to her parents and those around her. While many who are looking up to the late Tolulope would be depressed of the uncertainty of their life when they eventually joined the force, at the same time, it would ignite the hope of the courageous one like Tolulope, who used all her might and power to serve Nigeria to the point of death. To those who are as courageous as Tolulope Arotile and wish to be like her with the same passion she applied. Like her father said, when I spoke to her by 1pm, she was still alive, but when I called her line by 5pm, I was told she is already in the mortuary. Tolulope already left a space that would be very hard to occupy in the family she left behind and loved ones, we therefore pray for them that God would give them the grace to bear the loss of the shiny glory that left unexpectedly. Tolulope came, she saw and conquered as her fate stated it, but to us she left the stage when the ovation was the loudest.

Tolulope Arotile will be buried next Thursday, July 23 with full military honours at the National Military Cemetery in Abuja. 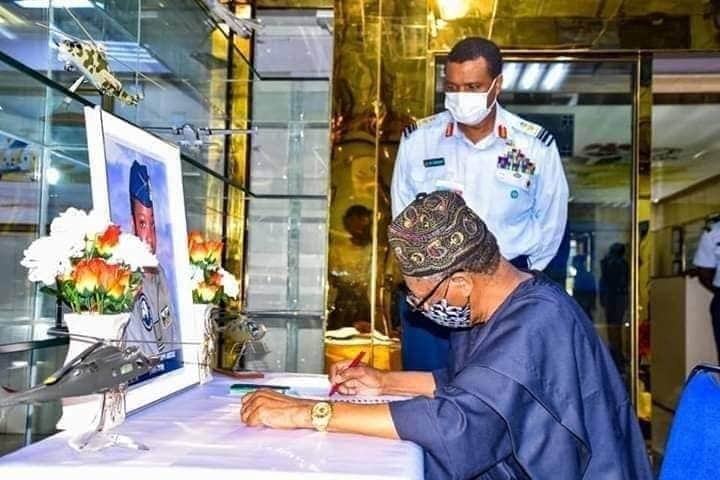 Rest in peace a gallant and passionate hero! History will never forget you! As the dead can never read tributes, no amount of what we write or say about you will be of huge value, but the impactful live you lived will surely stand the test of time.

Content created and supplied by: MightyPen (via Opera News )