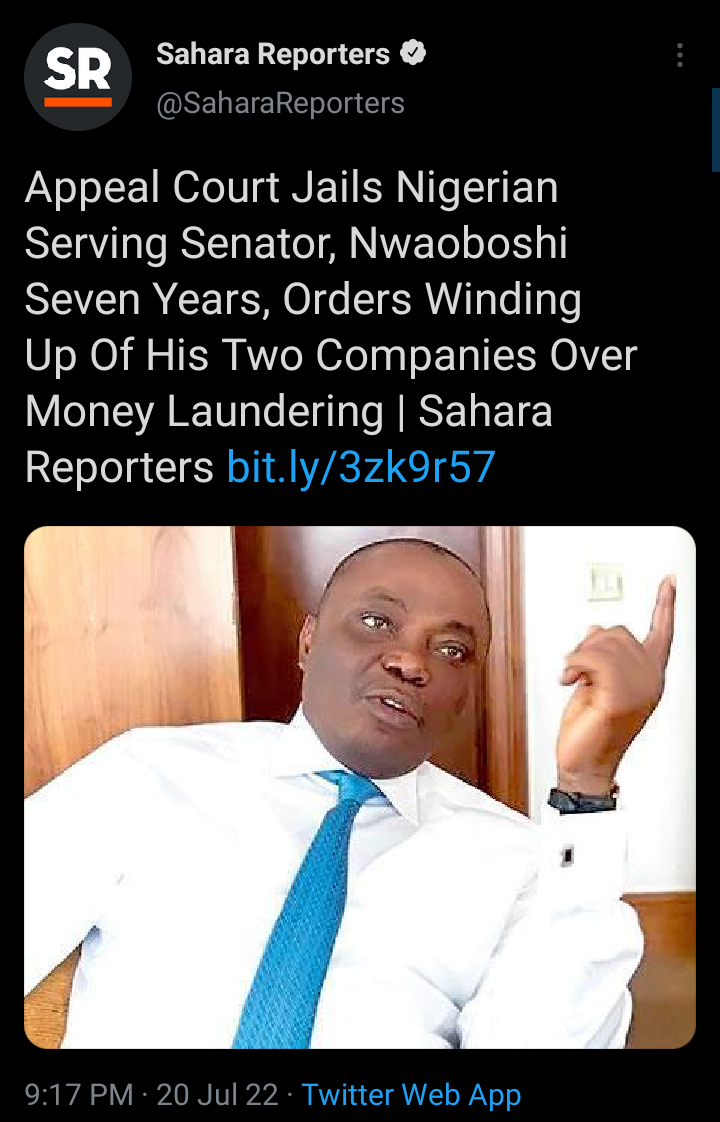 The Lagos Division of the Court of Appeal has convicted and sentenced Senator Peter Nwaoboshi to seven years imprisonment for money laundering.

In the judgment delivered by Hon. Justice Abdullahi Mahmud Bayero and affirmed by Justices Obande Festus Ogbujinya and Peter O. Affen, the court also ordered that the two companies of the Senator representing Delta North Senatorial District at the National Assembly be wound up. 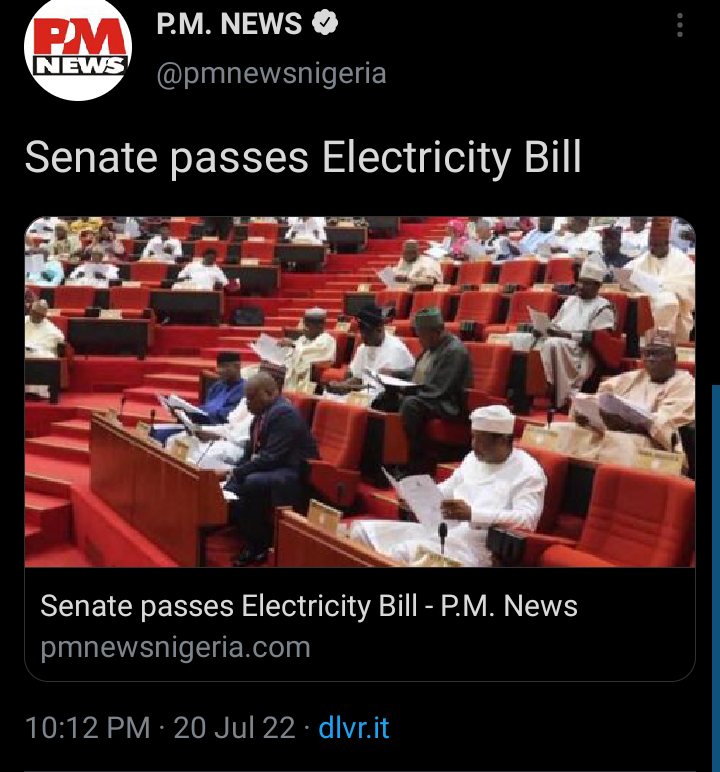 The Nigerian Senate led by Ahmad Lawan passed the Electricity Bill, 2022 on Wednesday.

It was passed following the Committee on Power’s examination of a report.

Senator Gabriel Suswam (PDP, Benue North East), Chairman of the Committee, stated in his presentation that the bill aspires to, among other things, offer an ideal legal and institutional framework to exploit the modest advantages of Nigeria’s privatisation phase of the electric power industry. 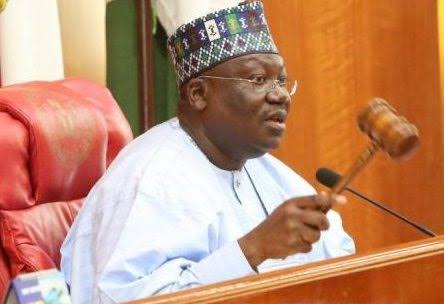 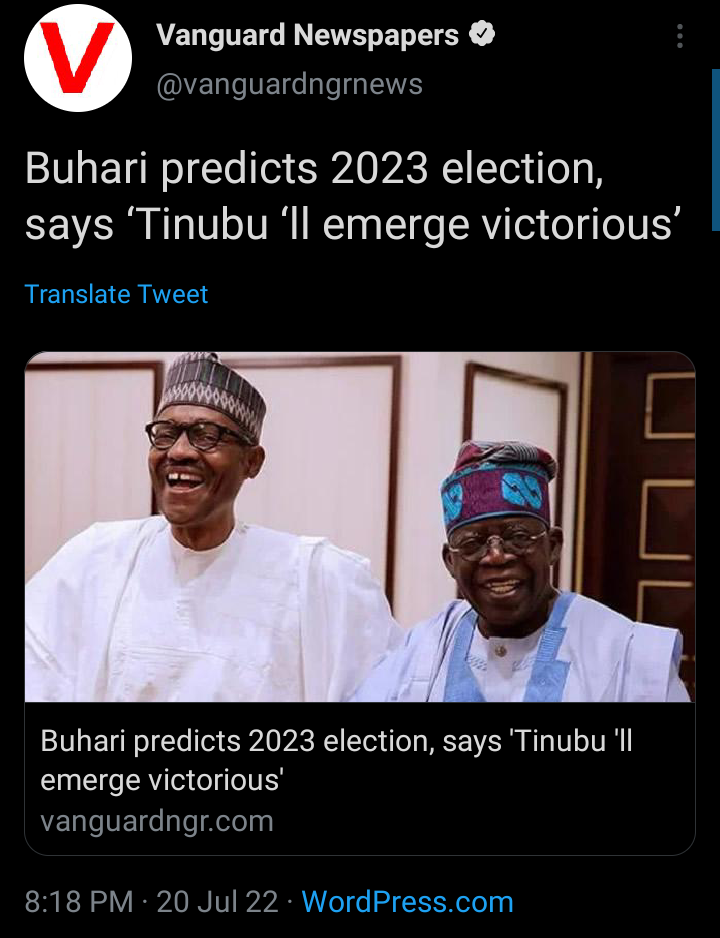 President Muhammadu Buhari has predicted that the presidential candidates of the All Progressives Congress, Asiwaju Bola Tinubu and his running mate, Kashim Shettima, will win the 2023 presidential election.

Malam Garba Shehu, the president’s spokesman, said Buhari made the prediction when he received Sen. Kashim Shettima, the running mate and vice-presidential candidate of the All Progressives Congress at the State House, Abuja, on Wednesday. 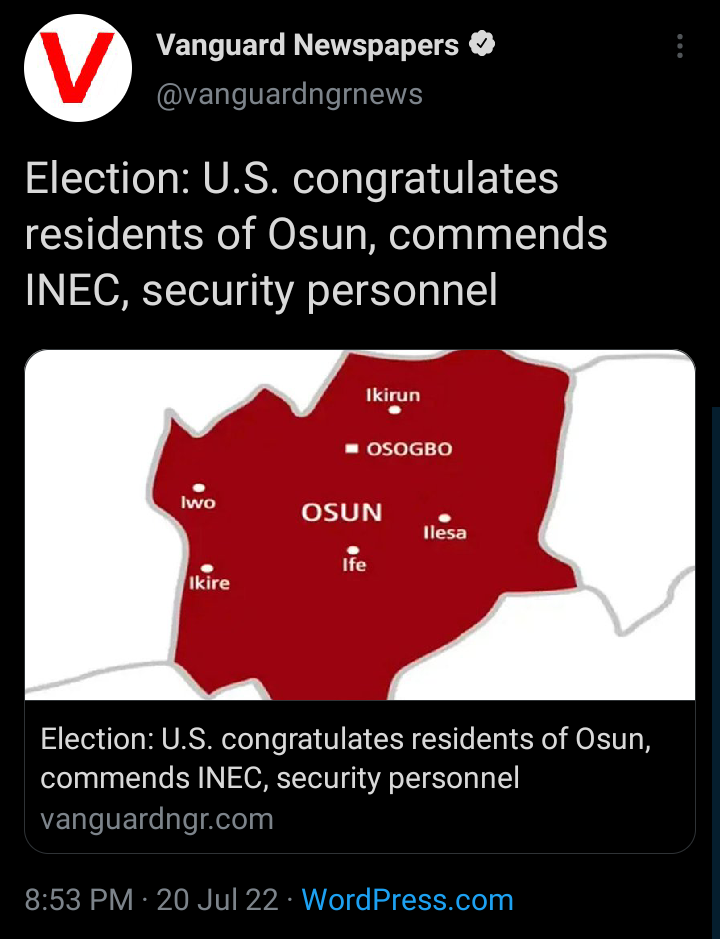 Following the just concluded 2022 Osun gubernatorial elections, the United States Mission to Nigeria has congratulated residents of Osun State for conducting themselves in a civil way to ensure success of the elections on July 16.

According to the statement by the Public Affairs Section, the United State Mission commends the concerted efforts of the Independent National Electoral Commission (INEC) staff and security personnel who helped facilitate a secure process that reflected the will of the people. 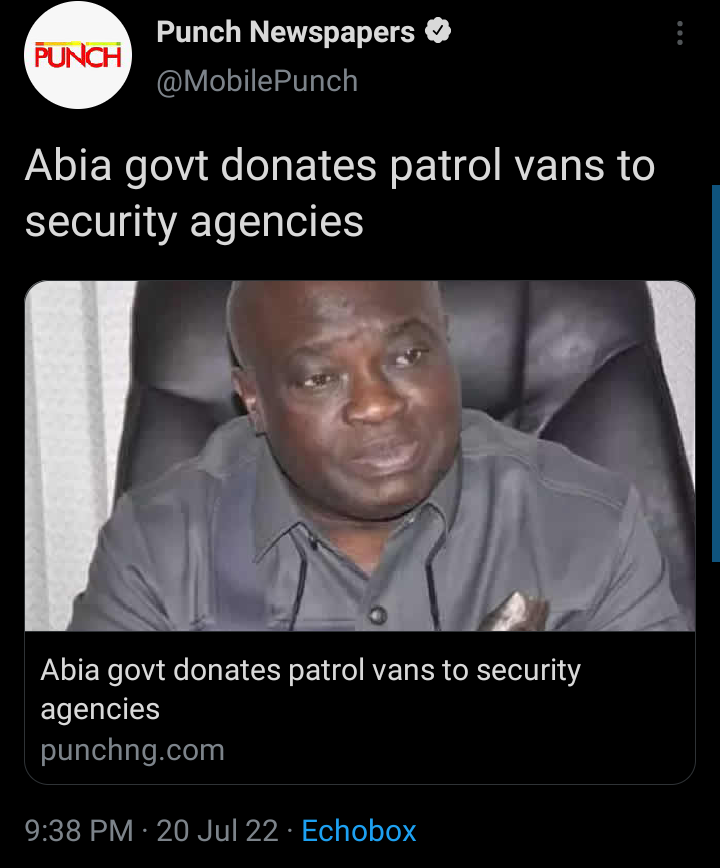 The Police got six vans, the Army, three, while the Navy, the DSS and the Correctional Services got one each.

Ikpeazu, who was represented by the Secretary to the State Government, Chris Ezem, handed over the vehicles to the representative of the agencies at the Government Lodge, Aba, the commercial hub of the state.