According to a news that was posted on Leadership.Ng this afternoon, it was revealed that the pan-Yoruba socio-political organisation, Afenifere knocked the Attorney General of the Federation (AGF) and Minister of Justice, Mr. Abubakar Malami (SAN), saying he would be one of the individuals who will feature prominently whenever the administration of President Muhammadu Buhari is being appraised. 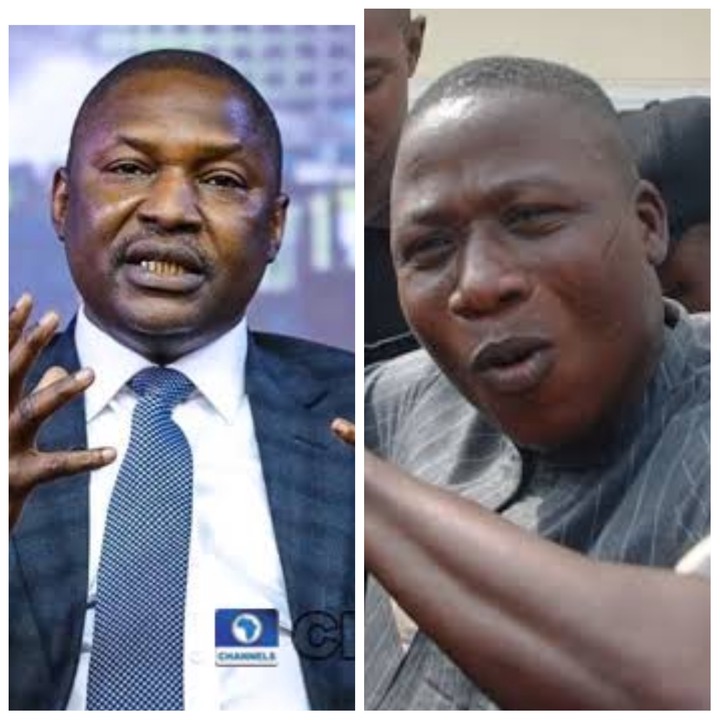 This remark by the Afenifere is coming few days after Abubakar Malami linked Yoruba freedom fighter, Sunday Igboho with terrorism. According to Malami, Sunday Igboho was alleged to have a link with a Boko Haram sponsor, Surajo Muhammad, who was sentenced to life imprisonment in the United Arab Emirates on charges of financing terrorism. Further investigation that was carried out by a 24-member Ad-hoc Committee which was constituted by President Muhammadu Buhari, linked Sunday Igboho to 43 bank accounts in nine financial institutions in the country.

Also, Sunday Igboho was alleged to have sent about N12.75 million to Abdullahi Usman, who is also suspected of financing terrorism in Nigeria. Additionally, series of financial transactions of about N127.145 million was also sent to Sunday Igboho's account between 2013-2020 of which would make one to wonder where he has gotten such huge money from.

However, with the above allegations raised against Sunday Igboho, I believe Abubakar Malami need not to be condemned by Afenifere for revealing the true identity of who Sunday Igboho is.

Take for instance, the eviction orders in which the Yoruba freedom fighter gave to Fulani herdsmen in the southwest to vacate the region violates the provisions of the Constitution of the Federal Republic of Nigeria (1999 as Amended) which guarantees freedom of movement of all citizens and rights to own movable and unmovable properties in any part of the country.

Also, when Sunday Igboho's house was raided on Thursday, July 1, 2021, by the Department of State Services (DSS), just hours before a scheduled secessionist-themed mega rally in Lagos State, we all knew how the report later went. Sunday Igboho was alleged to have been stockpiling guns and weapons in his house for the Lagos rally. In fact, some of the weapons which were alleged to have been found in his house were the ones in which they stole from the Idiroko border in Ipokia LGA of Ogun state after they forcefully reopened the border. As we all know that the federal government had in August, 2019 shut land borders in a move to check smuggling activities along the posts. But in May, 2021, the Yoruba agitators went against the president's order to reopen the border, of which is another act of terrorism.