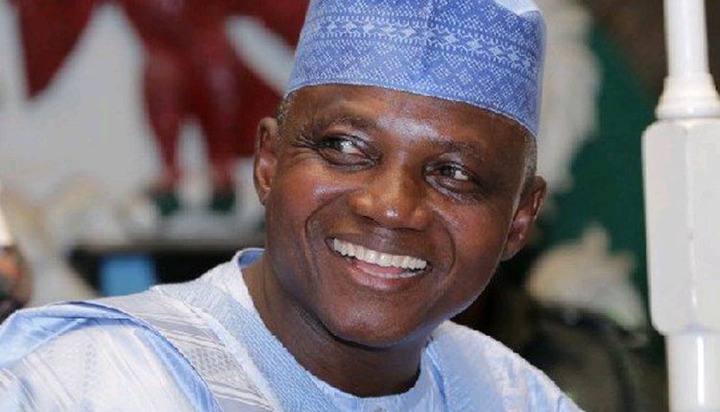 The presidency told Nigerians on Sunday to prepare for shocking revelations from the presidential panel probing the suspended acting chairman of the Economic and Financial Crimes Commission (EFCC), Ibrahim Magu, for alleged graft and insubordination.

Magu was arrested on July 6 over alleged corruption and other related offences.

He was accused of re-looting assets recovered by the commission from suspected treasury looters.

The suspended EFCC chief also allegedly failed to account for interest accruing to N550bn recovered by the anti-graft agency under his watch.

The Senior Special Assistant to the President on Media and Publicity, Garba Shehu, who disclosed this on a Channels Television’s programme, “Politics Today,” said the presidency had been receiving some little updates from the panel, adding that the findings would surprise Nigerians.

He also asked Nigerians to ignore the outbursts of certain persons who had questioned the government’s inquest into the allegations against the anti-graft czar.

On claims by Magu’s lawyers that the probe was a witch-hunt, the presidential aide said: “I guess this is a question for the Justice Ayo Salami panel and I must say that panel is composed of some of this country’s most honoured people with integrity who will do the right thing.

“I am not going to pre-empt the panel investigation but I just advice Nigerians to hold their hearts in their hands. By the time they are done with this job and they come out with the reports prepare yourselves for surprises.

“I don’t know what will come out but if the sense we are getting from what is being done over there is anything to go by, I think that Nigerians should not be confused by any outbursts by anybody.”

2. Oshiomhole angry because I refused to help him defraud Edo people —Obaseki 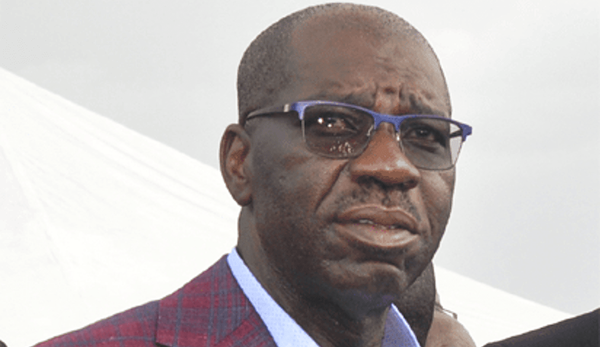 Edo State Governor, Godwin Obaseki, on Sunday denied the statement credited to his predecessor, Adams Oshiomhole, that he used obnoxious means to destroy the All Progressives Congress (APC) in the state.

The former governor had said at his country home in Iyamho, Estako West local government area of the state on Saturday that he made a grave mistake supporting Obaseki in the 2016 governorship election in Edo.

He claimed the governor used every obnoxious means, including the destruction of properties and unwarranted arrest of members to destroy the party in the state.

The ex-APC national chairman also insisted that the state had not recorded any tangible development since he left as governor four years ago.

Oshiomhole said: “The governor was demolishing the houses of our members while some were being jailed on trump-up charges. These were the people who fought for him to become governor.

“I begged those who were being persecuted to take it easy, that they shouldn’t burn the house we all laboured to build because we want to smoke out the snake and now, the snake has been smoked out of the house.

“Few weeks earlier, the snake said APC was his house and that he was not leaving, but less than 72 hours after saying this, he left.

“If we had burnt the house because the snake was giving us problem, we will all have been homeless by now.”

However, the governor denied the allegation that he destroyed the APC.

In a statement issued by his Special Adviser on Media and Communication Strategy, Crusoe Osagie, Obaseki said the former governor was disappointed because he refused to be used in his quest to become a godfather in the state.

“However, Obaseki’s refusal to mortgage the interest of the majority of Edo people for the satisfaction of the avarice of Oshiomhole and his handful of greedy followers is the cause of Oshiomhole’s bitterness which has led him to bury himself in pursuit of an innocent governor who is trying to do the right thing for his people.

“If Oshiomhole had made any mistake in supporting Obaseki in 2016, it is to the extent that he thought that the governor will submit himself as a tool to be used to hold the collective will and best interest of all Edo people hostage and for this Obaseki owes Oshiomhole no apologies because the interest of Edo people is and will always be greater than the interest of one man

3. EDO: ‘The snake that entered our family home, God has driven the snake out to where he belongs’ —Oshiomhole 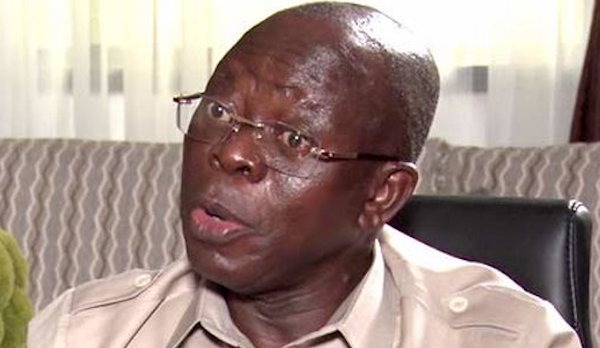 The former National Chairman of the All Progressives Congress (APC), Adams Oshiomhole, said on Saturday night he would ensure the party reclaimed Edo State from the Peoples Democratic Party (PDP) in the September 19 governorship election in the state.

Oshiomhole, who stated this while addressing supporters at his Iyamho country home in Etsako West local government area of the state, promised to work with other members of the APC to reclaim the state.

The ex-governor added that his mission was to bring Edo State back to the path of sustainable development and entrench a government that would consolidate on his achievements, especially in the provision of basic infrastructure.

He said: “We want to return to the government of the people by the people and for the people.

“We have a common mission, to bring Edo back to the parts of sustainable development.

“I am back and ready for Edo, my home state.

“The snake that entered our family home, God has driven the snake out to where he belongs.

“I have come home to join you and start the process of reclaiming the house back to the family of APC.

“If the people say yes and God says yes, there is no man born of a woman that can say no.

“So, now, I have only one mission and I know it is our common mission, to bring Edo back to the parts of sustainable development.

5. Beneficiaries of Conditional Cash Transfer must not accept less than N30,000 – Minister 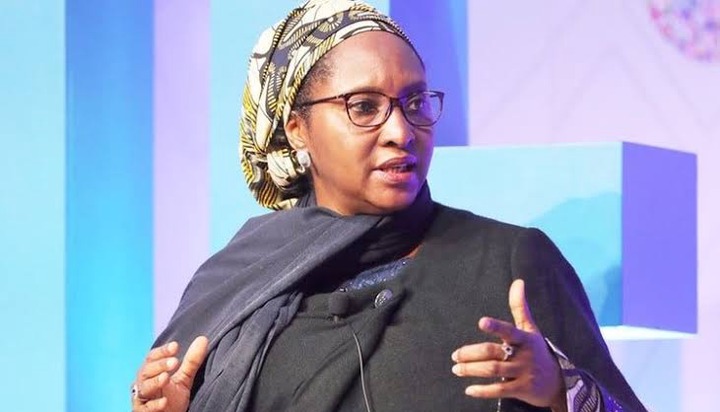 Beneficiaries of the Federal Government Conditional Cash Transfer have been asked not to collect any amount less than thirty thousand Naira.

The Minister of Humanitarian Affairs, Disaster Management and Social Development, Sadiya Faruk, said this while briefing journalists in Gusau, the Zamfara State capital, about the disbursement of the funds.

The Nigerian Humanitarian Affairs Minister, Sadiya Faruk says, the disbursement of the Conditional Cash Transfer is to the poorest of the poor, irrespective of their political or religious affiliations.

She explains that the President Muhammadu Buhari led Federal government is keen at pulling every Nigerian out of poverty, no matter which part of the country he or she emanates from.

The Minister says, the least amount of money each beneficiary will receive is thirty thousand naira.

She discloses that some staff of the ministry will work with the Zamfara State government team in the disbursement of the funds to the beneficiaries in the state. 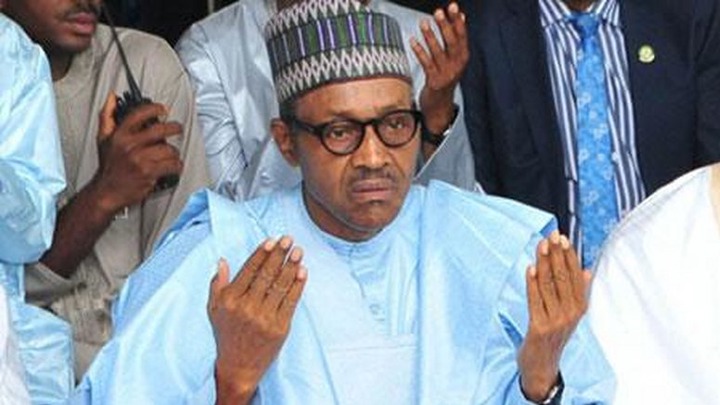 President Muhammadu Buhari, on Sunday prayed for quick recovery of Geoffrey Onyeama, Minister of Foreign Affairs, after he tested positive for COVID-19 pandemic, and went into self isolation.

Buhari made his feelings known in a statement by his Senior Special Assistant on Media and Publicity, Malam Garba Shehu, in Abuja.

The president described the minister as a strong pillar of his administration.

He commended him for working tirelessly to stem the spread of Coronavirus in the country as a member of the Presidential Task Force on COVID-19.

“The country is eternally grateful to Geoffrey Onyeama for his diligence in attracting international support for Nigeria to defeat the Coronavirus pandemic, and boost the economy.

“I wish him speedy recovery,” he said.

Onyeama had earlier on Sunday disclosed, via his Twitter handle, that he tested positive for the Coronavirus and has gone on self isolation.

He said: “Did my fourth COVID-19 test yesterday at the first sign of a throat irritation and unfortunately, this time, it came back positive.

“That is life! Win some, loose some. Heading for isolation in a health facility and praying for the best.