The Federal Government of Nigeria (FG) has announced the commencement of the Special Public Works Programme aimed at employing 774,000 citizens, a thousand from each of the 774 local government areas in the... Source: Business News

Nigerians have been watching with shock the quarrel between the Minister of State for Labour, Employment and Productivity, Mr. Festus Keyamo and the joint committee of the National Assembly on Labour, Employment and Productivity over the proposed creation of some 774,000 jobs across the 774 local governments in the country through the public works programme under National Directorate of Employment (NDE) scheme. [ 98 more words ]- Guardian Newspaper

2nd-Niger-Bridge By Chimaobi Nwaiwu Manufacturers Association of Nigeria, MAN, Anambra, Enugu and Ebonyi States, yesterday expressed satisfaction with the speed of work at the ongoing 2nd Niger Bridge. MAN, however, expressed regrets that in spite of efforts being made by the Buhari administration on power, the sector has remained comatose with Industrialists still groaning under the negative effects of poor power supply and high tariffs. [ 86 more words ] -Vanguard Newspaper

Controversy over the revised condition of service for National Assembly staff was yesterday put to rest as the National Assembly Service Commission (NASC) declared that staff who had already at-tained the retirement age of 60 years or spent 35 years in service would receive their retirement letters soon. By this declaration, the clerk to the […] Source: Leadership Newspaper

Scientists on Wednesday announced they are now hopeful of a successful Covid-19 vaccine after volunteers showed signs of immunity in separate trials.  The trials conducted in the UK and the US have shown positive results with scientists now hopeful that the vaccine could end the virus that has killed hundreds of thousands worldwide.  The UK team of scientists from Oxford University, focused on T-cells which develop as a result of a long-lasting immune response, and confirmed on Wednesday that they are "80 per cent" confident they will have a great working vaccine by September. [ 58 more words ] - Linda Ikeji Blog 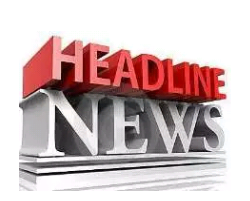