Ihedioha, Imo PDP And The Magic They Couldn't Give In 7Months As An Interim Administration(Opinion) 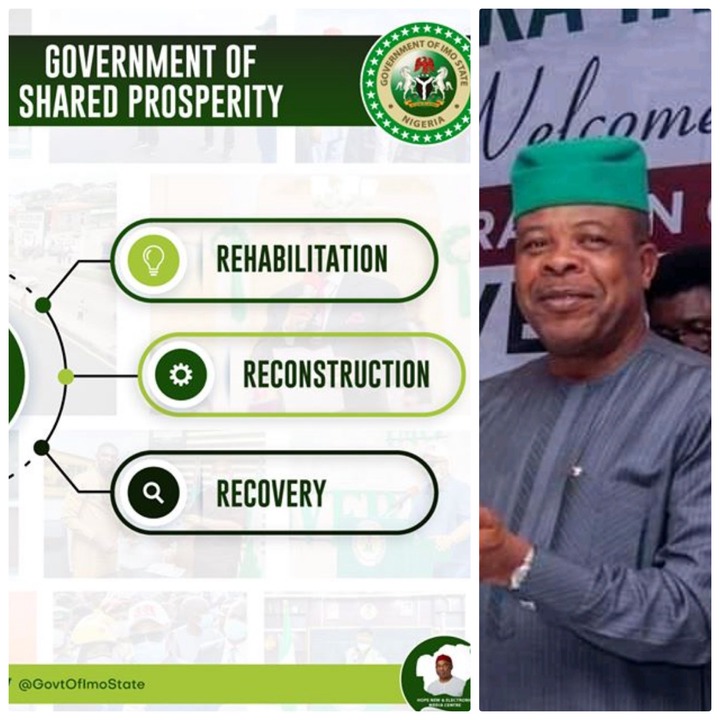 IMO PDP AND THE MAGIC THEY COULDN'T GIVE IN 7 MONTHS...

Truth is, I actually gave the Imo PDP a minimum of 12 calendar months to recover from the shock that came with the up turning of their pyrrhic victory. Sadly, the turn of events are proving me wrong, as there is not even a sign of respite in sight for these fellows who had counted their chicks before the eggs were hatched. The cries of depression and actual acts of frustration are becoming a sorry sight.

From littering this space with nauseating falsehoods to sponsoring pockets of protests ostensibly to either embarrass the Shared Prosperity government or to coerce it into stepping on landmines set by the illegal "Rebuilders". It is on record that the PDP 7months run was riddled with fraud. From the white elephant 27 stadia project to the ominous Pensions and Salaries verification which left so little to be desired.

It is on record that the illegal Rebuilders hastily left government house without duly handing over to the current government. The reason for this may not be unconnected with the shady records they created fit only for scrutiny. Ogu Bundu Nwadike, the State Publicity Secretary of the Imo PDP, is the latest mourner. A late mourner, if you asked me.

His grouse is with the 3R mantra of the government geared towards the equitable sharing of prosperity to Imolites. He wants to be schooled on the meaning of Rehabilitation, Reconstruction and Recovery. He wants to know how doing this amounts to prosperity for ndi Imo. A polite request would have earned him a decent tutorial. But, for his arrogant ignorance, he deserves nothing short of some hard knocks. At least, to humble him enough to become teachable.

The last 6months has seen the Imo State Governor defusing delicate time bombs that, if left untouched, would blow up the economic foundations of the State. Let's take for instance, the long list of Consultants shortchanging the State at various levels. They were either placed as Pensions middlemen or Internally Generated Revenue conduits. In 6 months they "Rebuilt" a system of high level fraud aimed solely at impoverishing Imolites. This very trend is now in the past - someone please tell Ihedioha and His supporters that, that is RECOVERY.

The ISOPADEC was another cash cow for the belligerent Rebuilders. They raped the Agency to scorn. Dug revenue pits that gulped a better part of the public good that should wrought observable prosperity for the people. Today, there is a Saving culture in place where all proceeds from the revenue acruable to the people will now be used to develop enduring projects that will benefit the majority, not some greedy few. Ihedioha and imo PDP should know that, that is Rehabilitation. This also applies for the automated payment system that is setup to weed out the vestiges of Pensions and Salaries fraud otherwise institutionalized by a government that promised to "Rebuild" the State. IHEDIOHA should know better.

The Otamiri water scheme, the overall desilting of the underground tunnels that have rid Owerri Municipal of usual yearly floods, the return of road contractors to site on various roads and the now popular MoU between the Government of Shared Prosperity and Julius Berger are lay examples of Reconstruction a lettered Ihedioha And Supporters should be aware of. Yet, he feigns ignorance.

Imo was indeed Rebuilt into one big slush account for the PDP. The outpouring of hate and angst stems from one quarter - the few PDP liceners who were positioned to rip Imo apart.

Ihedioha and his co-travellers are aware of these facts. They only mourn the reality that a Prosperity they had purposed for themselves and cronies would now be shared to all. If this be false, Ihedioha may need to tell his supporters and it's party faithfuls the Magic the PDP brought to bare in 7months.