By GistFrank | self meida writer
Published 1 months ago - 14483 views 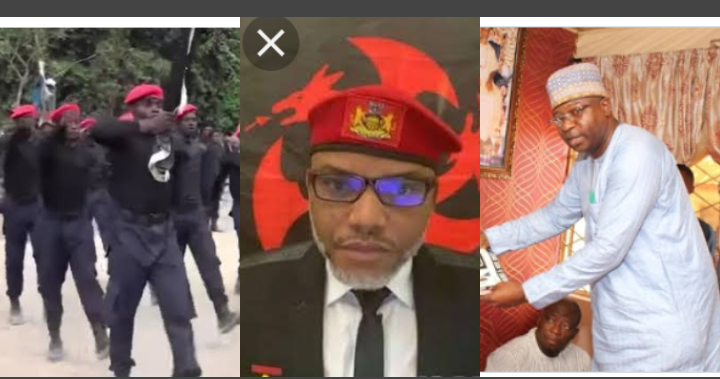 1) Another Prominent Nigerian Slumps And Dies.

The death of a prominent Igala traditional leader and kingmaker in Kogi State, Samson Ekele Adejoh, has been confirmed.

A report monitored by "Naija News" on "Daily Trust" has it that immediately Adejoh slumped, he was rushed to the nearby General Hospital in Idah, where doctors pronounced him dead. 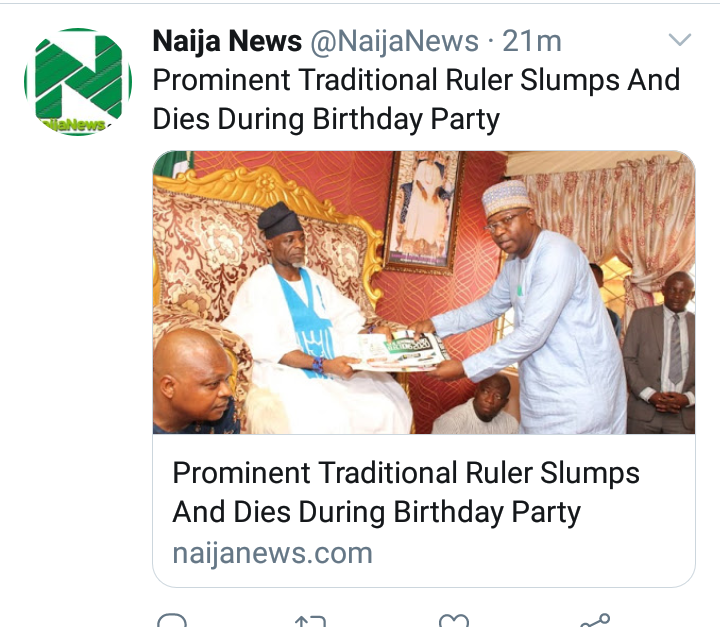 2) "Stay Away From Benue"-Govt Tells Kanu.

The leader of the Indigenous People of Biafra (IPOB) Nnamdi Kanu has been warned to stay away from Benue State or bear the consequences.

The warning was handed down by the chairman of Ado Local Government Area, James Oche who noted that Benue is not a part of Biafra.

Kanu was also warned to keep his Eastern Security Network (ESN) from invading any part of Benue and stop dragging the state into his campaign for Biafra. 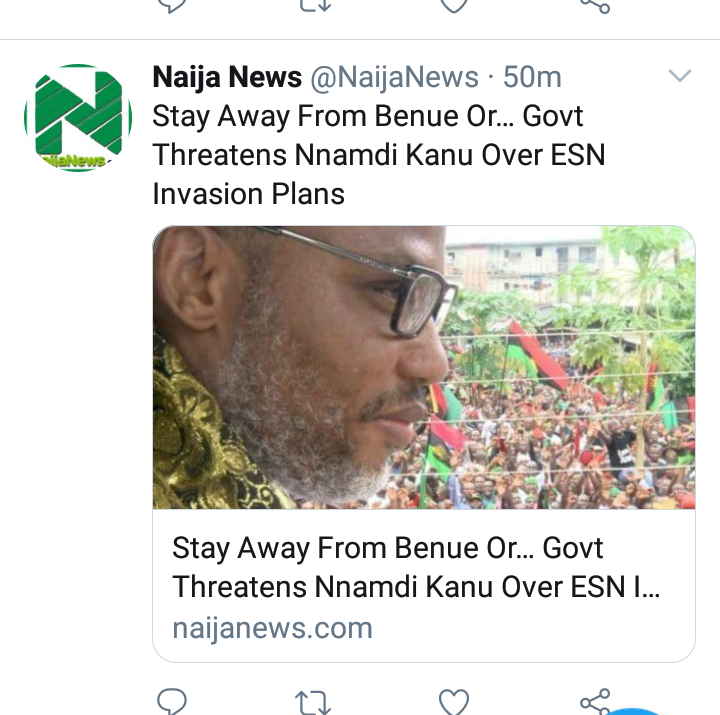 3) Police denys the presence of bandits in Zamfara community.

The Zamfara State Police Command has condemned a video clip circulating on social media over alleged presence of bandits around Kungurki village in Zamfara state.

The clip claimed that the bandits were attempting to attack the village, which necessitated the communities to mobilize and defend themselves.

According to the police spokesman in the state, SP Mohammed Shehu, the message contained in the video clip was completely false. 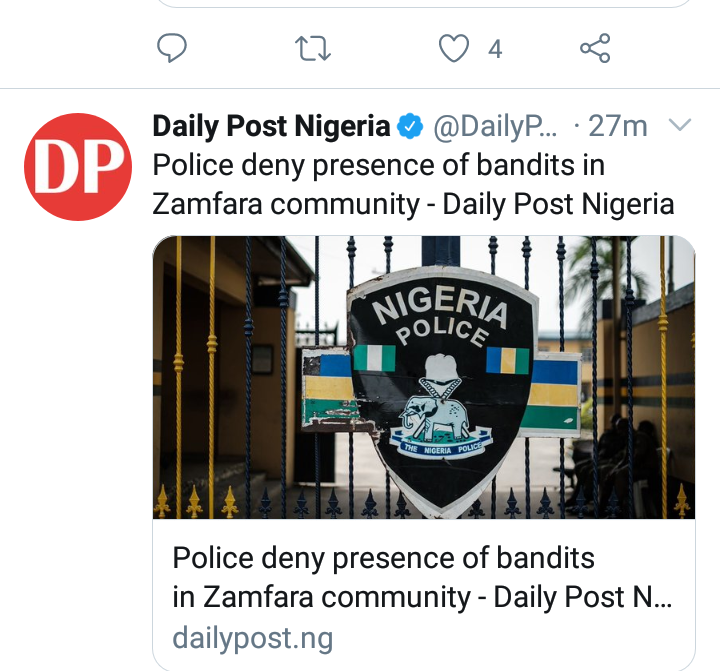 The Minister of Health, Osagie Ehanire, has pointed out that the COVID-19 vaccine in Nigeria has a mild side effect.

Ehanire explained that those vaccinated may experience “small pain” in the area it was injected.

He disclosed this after the vaccination of President Muhammadu Buhari and his Vice, Yemi Osinbajo at the State House on Saturday. 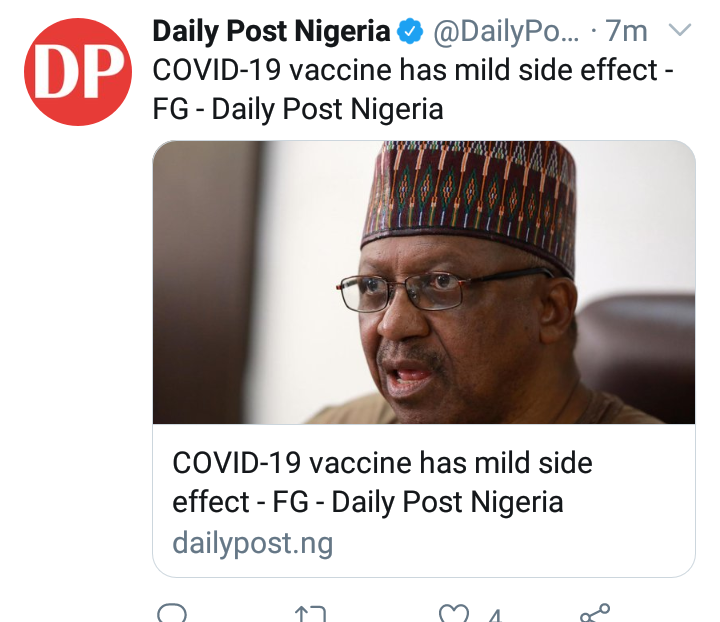 Ehanire, however, stated that the administration of the COVID-19 vaccine is expected to be painless.

So, what do you think about these statements released by the Minister of health over the side effects of the covid-19 vaccine in Nigeria?.

abuja national stadium adebutu kessington good night text message for her how to block a number on mtn nigerian newspapers read them online
Opera News is a free to use platform and the views and opinions expressed herein are solely those of the author and do not represent, reflect or express the views of Opera News. Any/all written content and images displayed are provided by the blogger/author, appear herein as submitted by the blogger/author and are unedited by Opera News. Opera News does not consent to nor does it condone the posting of any content that violates the rights (including the copyrights) of any third party, nor content that may malign, inter alia, any religion, ethnic group, organization, gender, company, or individual. Opera News furthermore does not condone the use of our platform for the purposes encouraging/endorsing hate speech, violation of human rights and/or utterances of a defamatory nature. If the content contained herein violates any of your rights, including those of copyright, and/or violates any the above mentioned factors, you are requested to immediately notify us using via the following email address operanews-external(at)opera.com and/or report the article using the available reporting functionality built into our Platform

See who is allegedly behind the disruption of PDP congress 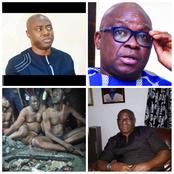 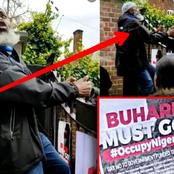 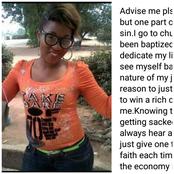 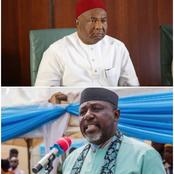 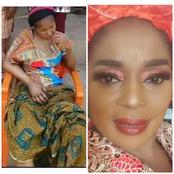 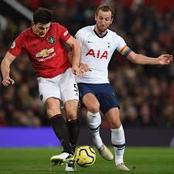 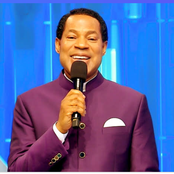 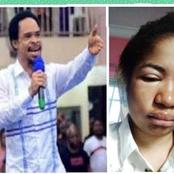 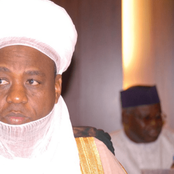