It is no longer news that some Southern state governors have already enacted laws against open grazing within their jurisdiction. This move has led to a lot of reactions from Nigerians, most especially Northerners who are against the decision.

These Southern governors believe that the ban on open grazing will bring an end to the farmers-herders crisis within their respective jurisdictions. However, the leadership of the Miyetti Allah Kautal hore association does not believe so.

The Miyetti Allah association see the ban on open grazing as a politically motivated move. And it has also been rejected by herders as a satanic move. 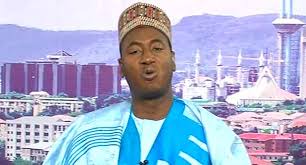 This is why the Spokesman of the association during a live session with Punch Newspaper on Tuesday said Herders will not support any Southern candidate who is against open grazing.

Nonetheless, this article will take a look at why Saleh Alhassan was wrong to say what he said.

We are currently living in a time when Insecurity is the major challenge in the country. And it is the duty of every elected governor to ensure that all the people within his jurisdiction are kept safe at all time.

A couple of months ago when this ban had not been implemented by some Southern state governors, a lot of things were going wrong. Herdsmen were constantly accused of molesting women in their farmlands. They were also accused of destroying their farmlands with their cows. And most importantly, lives were also lost in the process. That was why it became necessary to put an end to open Grazing. 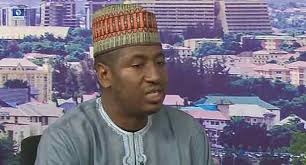 Saleh Alhassan was wrong to say herders will not support southern candidates who are against open grazing because, the governors are only doing what they believe is best for their people. Not every herder are responsible. Some of them move around with weapons like AK-47 while leading their cows in the bush. And if they are confronted, they may be forced to attack.

Also, Alhassan shouldn't have said what he said because, the ban on open grazing will not be felt if herders chose to embrace ranching. I strongly believe that some state governors will be ready to give out land to herders for ranching. And at the end of it, everyone will still go home happy.

Sometimes, when a method is no longer working and it is posing a major threat to the lives of people, such method should be changed. The time of Open Grazing is over, it is now the time for Herders to adopt ranching. The quicker everyone of us accept this fact, the better it will be for all.