By Ayoolalaitan (self meida writer) | 26 days 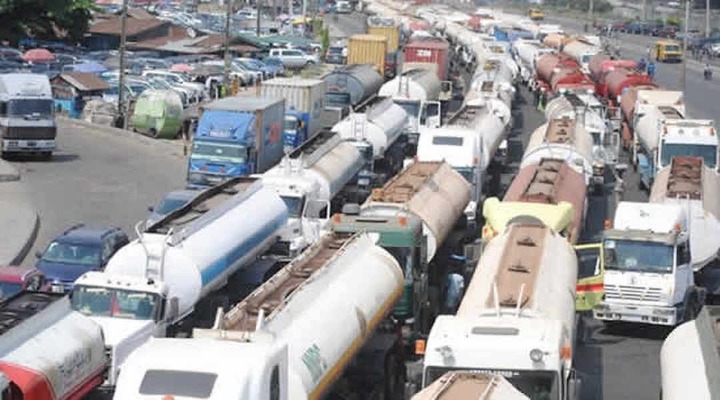 Despite Port Concession in 2006, the Nigeria port still in a state of nightmare. As efforts to end the gridlock at the Apapa port access roads intensify. The Powerful Pen newspaper and other stakeholders met yesterday to proffer lasting solution to the nagging problem.

The conspiracy among agencies and key stakeholders in the maritime industry is quite worrisome as most are beneficiaries of the gridlock.

Recall that in December 2016, members of MAJAN embarked on protest march against the Apapa Traffic gridlock in which key agency offices where visited and warned against impending danger ahead.

The Apapa traffic pandemonium has refused to end despite several efforts of the Nigerian Ports Authority (NPA) and other agencies, countless stakeholders’ meetings and deliberations.

President of MAJAN, Comrade Ray Ugochukwu during his paper presentation at the Summit at Apapa Lagos explained that the gridlock have claimed the lives of some journalists while it has affected ability to carry out their duties as expected.

He noted that presently, real estate business is at zero level as more than half of the buildings in the area remain unoccupied. He further noted that some hitherto thriving businesses have folded up or relocated due to the Apapa gridlock.

Ugochukwu posited that the things happenings on the Apapa port access road was expected to happen. He argued that the idea of port concession on the surface was for a good intention but those behind it had a hidden agenda.

In his words” the Apapa traffic gridlock was expected to happen because; the proponents of the nation’s port reforms threw caution to the wind in the processes leading to port concession of 2006. Though the idea of port concession on the surface looked well intended but there are hidden agenda which has led to the devastating traffic in Apapa today”.

Meanwhile, the Register of National Association of Government Approved Freight Forwarders, NAGAFF, Freight Forwarding Institute, Francis Omotosho, explained that in proffering the needed solution for the Apapa gridlock there is need to understand how the gridlock started.

In a well researched paper presented by Omotosho, he note that Apapa gridlock is caused by slow delivery system by terminal operators in their operations, Port concessionairs are not fully prepared, collapse of the underground pipeline of the NNPC, vandalization of pipelines, corruption and continuous activities of tank farms around the port corridor .

Omotosho hinted on possible solutions to end the gridlock noting that government must revive pipeline system, relocates the tank farms away from the Apapa port corridor and provision of adequate transport system.

He also noted that concessionaires must be ready for the operation or be ready to be chased out of the system; truck operators must provide standard trucks while government should make provision for refilling energy stations close to the port road.