By Timtrendz (self media writer) | 26 days ago

The picture of the jagaban of Nigeria's politics, Senator Bola Ahmed Tinubu sitting down during Jumat prayers have surfaced on social media . The pictures which attracted mixed reactions emerged on Friday 5th of November after the Friday Jumat prayers. 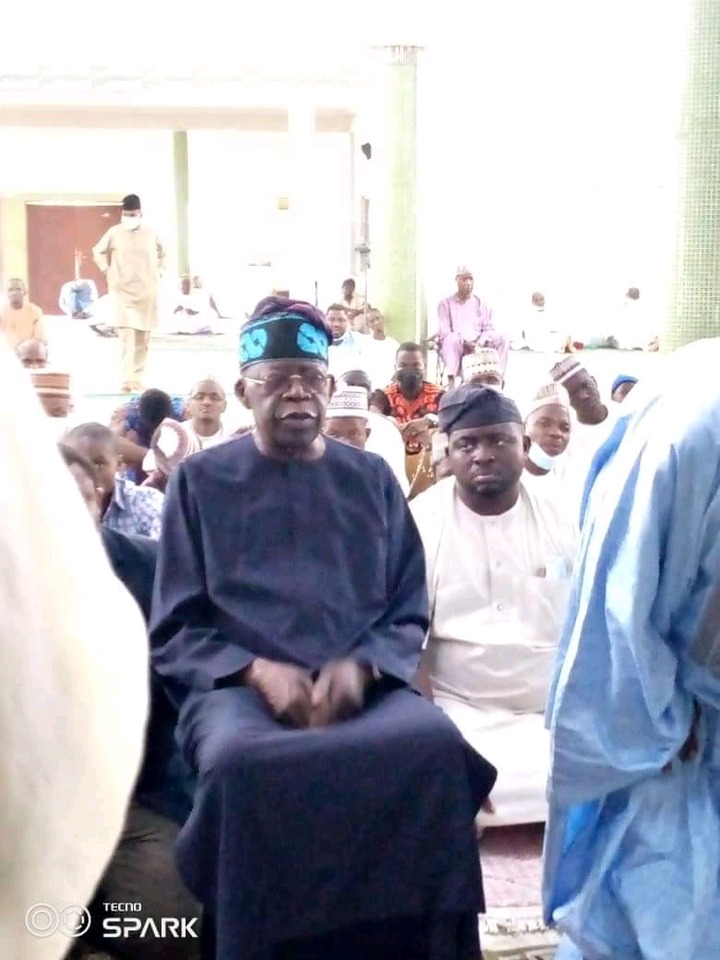 Bola Ahmed Tinubu who is currently one of the most popular politicians in Nigeria, came back from London a couple of days ago after undergoing treatment for three weeks in London.

Since he came back his supporters have intensified their campaigns for him to contest the coming 2023 General election. Tinubu who is yet to announce his intention to contest the election has been recuperating at his bourdallion resident. But, despite the APC national leader has not declared his stand to contest, his posters have started flooding the streets of some parts of Nigeria. 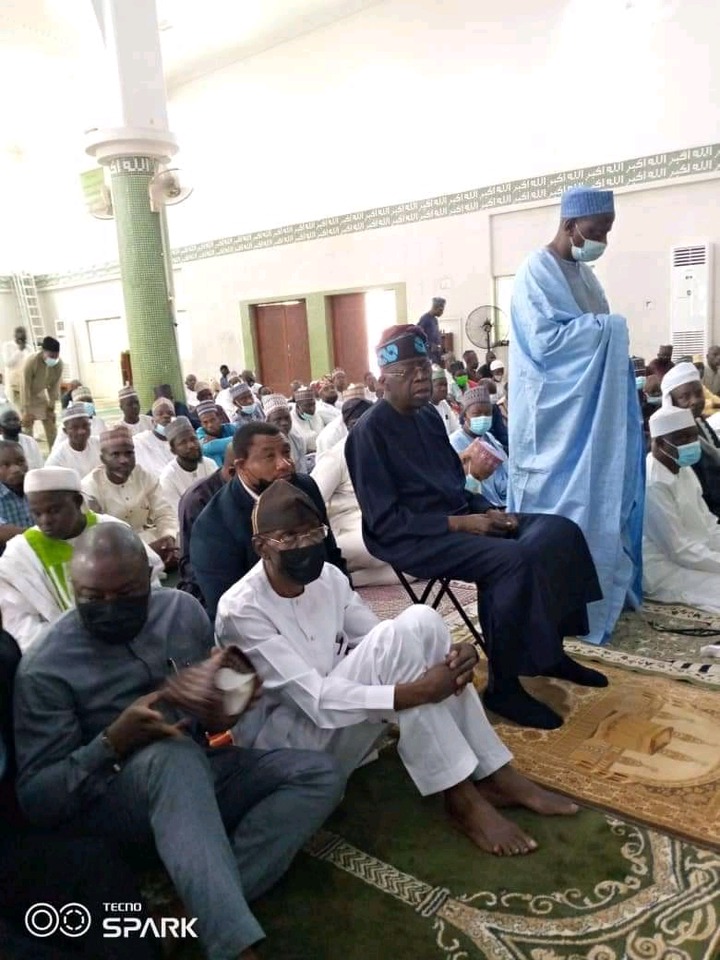 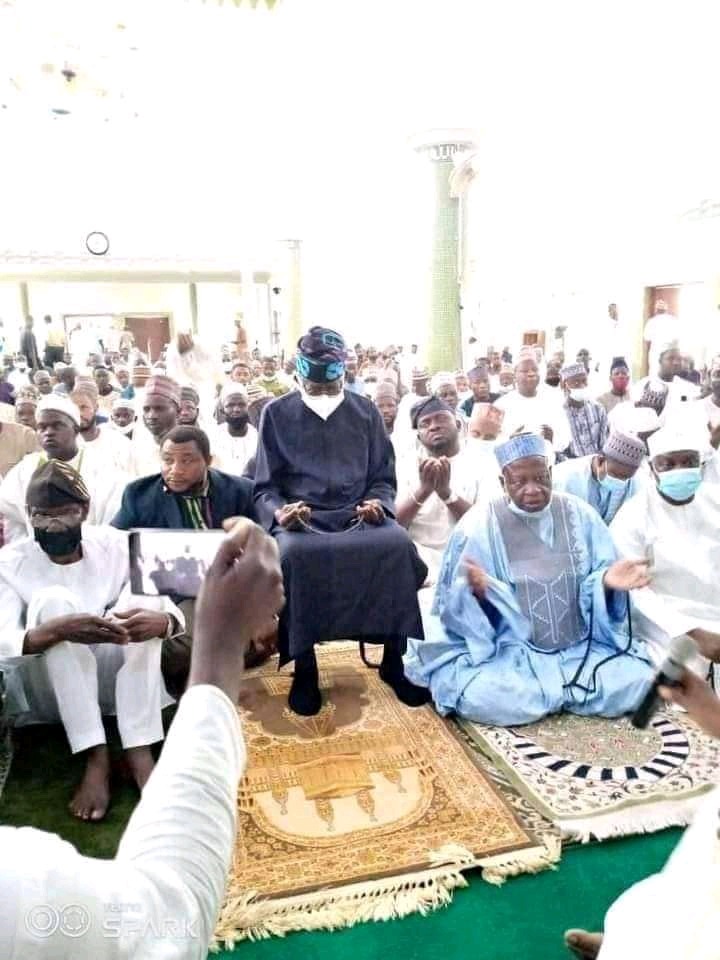 Apart from Tinubu, president Muhammadu Buhari has been photographed sitting during jumat prayers in the Mosque due to health issues after he returned from hospital in the UK.

The pictures have raised concerns about whether Tinubu is strong enough to go through the rigours of a Presidential election. But his supporters are of the opinion that he as strong as an elephant to contest the election.