Opinion: Did The North Really Welcome The British Without A Fight?

By MbuyaziEmmanuel (self media writer) | 11 days ago

Someone commented on one of my articles recently saying that unlike other regions of Nigeria, the North was able to get along well with the British colonialists because they welcome the whites peacefully. Some Nigerians assumed that only in the South had the British encountered resistance, violent resistance. It is assumed that the North merely surrendered. That is not true, in fact, the conquest of Northern Nigeria was one of the fiercest. 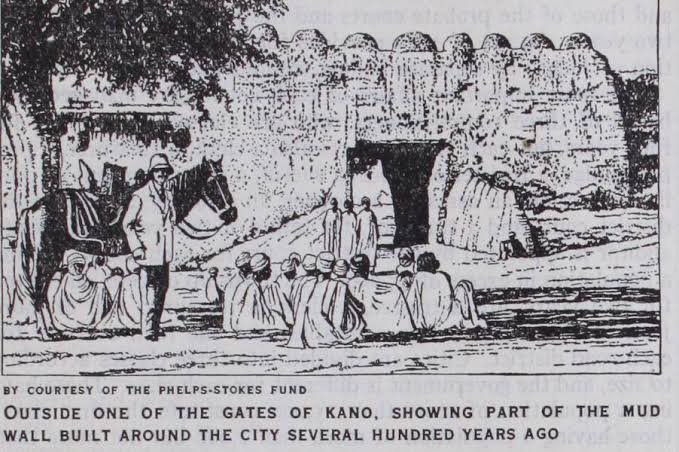 Some northern Emirates indeed surrendered to the British without a fight, this is because they had observed the power of the British force unleashed on others and thought it wise not to fight. They include Emirates of Katsina, Bauchi, Bauchi, etc. But Sokoto and Kano resisted and engaged the British expeditionary forces in prolonged battles. The North was not always hostile to the whites, before the British decided to establish colonial rule in Northern Nigeria some whites travelers and explorers had visited the major emirates without a problem. The suspicion and refusal to condone the whites began when the British began their conquests in Southern Nigeria. 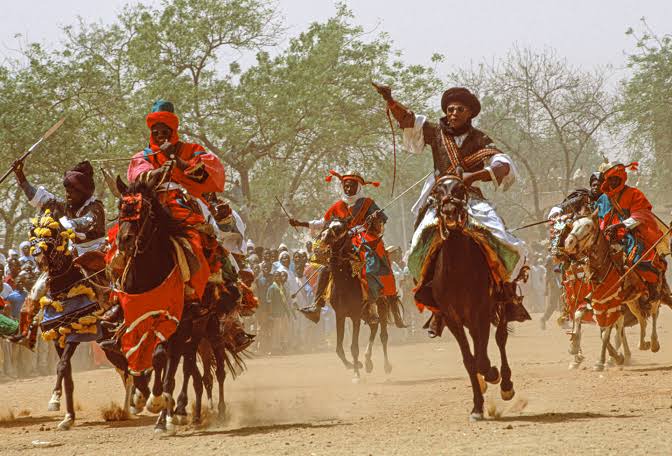 When the Royal Nigeria Company fought, defeated, and captured the Ilorin in 1897, an emirate of the Sokoto Caliphate, other Emirates and even Sokoto the seat of the Caliphate knew that their turn was near to confront the whites. On January 1, 1900, Fredrick Lugard declared entire Northern Nigeria and the Sokoto Caliphate as a British protectorate. This was the incident that made the clash between Caliphate and the British inevitable. Sokoto refused to surrender to Lugard nor recognize the British as their overlord. This makes Lugard set forth on a conquest expedition using his West African Frontier Force(WAFF). Between 1900 and 1903, the Caliphate was brought under British rule. 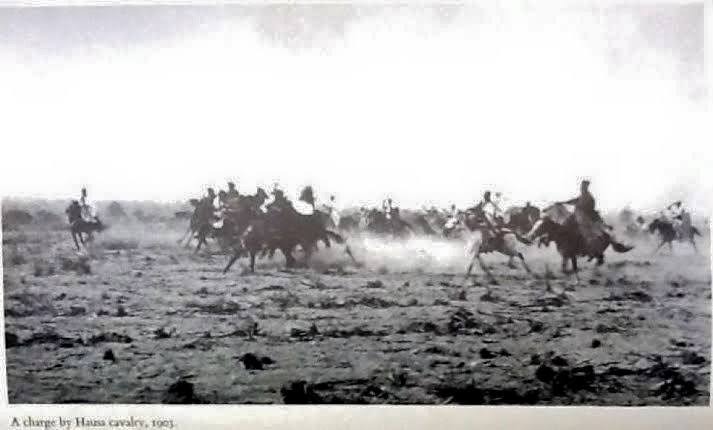 While some surrendered because they were no match for the British, Sokoto and Kano were the most prominent among those that fought gallantly. Lugard identified Kano in his 1903 Annual Colonial Report that "Kano...was the focus of hostility to the British". It has the biggest and strongest army in the Caliphate then and its walls were high and strong, which gave them the confidence that Kano can withstand the British force. At the time the battle for Kano began, the Emir was not around. Hence, there had to be two battles before Kano was finally conquered. There was the battle of Kano and the battle of Kwatarkwashi: in the former, the city of Kano was taken, and in the latter, the Emir who was returning from Sokoto was captured. 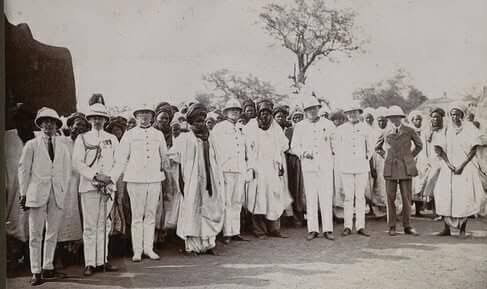 Being great politicians, the Emirs and northern ruling elites thought it wise to accept their new overlords. The decision correlates with their political fortunes in Nigeria today (Image: Dandalin Tarihin Magabata/Facebook)

When the British force arrived in Sokoto, the Caliph, Attahiru I, has organized his forces to fight the British. It was a bloody encounter in which Sokoto suffered great losses and defeat. The Caliph fled, and the British gave a pursuit until the grand encounter in a city called Burmi. Here a fierce battle ensued that ended with the death of the Caliph Attahiru I. He was the last ruler of Sokoto since Dan Fodio to bear the title of a " Caliph".

While this discussion tends to focus on the capture of the established Sokoto Caliphate, there was resistance by the minority communities in the north who continued to resist the British many years after the defeat of Sokoto. It was with the help of Christianity that these communities would eventually accept British rule. To assume that the North welcome the British peacefully without a fight that it was why they had a good working relationship with the British is wrong. The ruling class of the Sokoto Caliphate understood politics and adjusted to become their conqueror's greatest ally in the Nigerian project, the benefit of which they are still enjoying today, politically.