By Specialty (self media writer) | 23 days ago 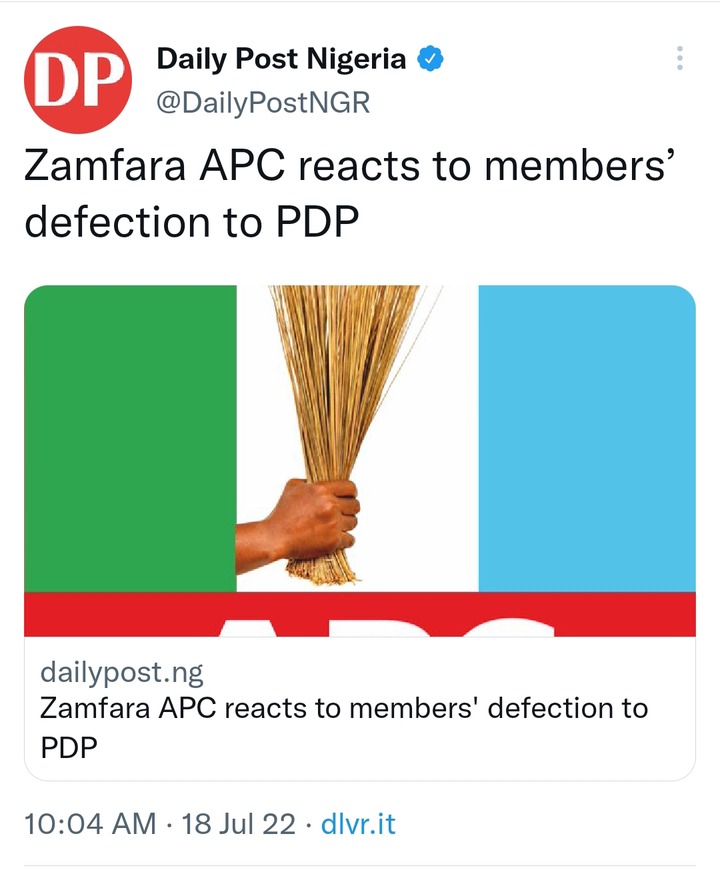 The Zamfara State chapter of the All Progressives Congress (APC) said it has received report of some of its erstwhile members who moved to the opposition Peoples Democratic Party (PDP) in the State.

According to a press statement signed by the State’s publicity secretary of the party, Comrade Yusuf Idris Gusau, the APC was not moved by their decision to defect.

He said they failed to officially inform the party of their move which was not for any reason but self aggrandizement. Tinubu Not A Threat To PDP -Atiku's Ally 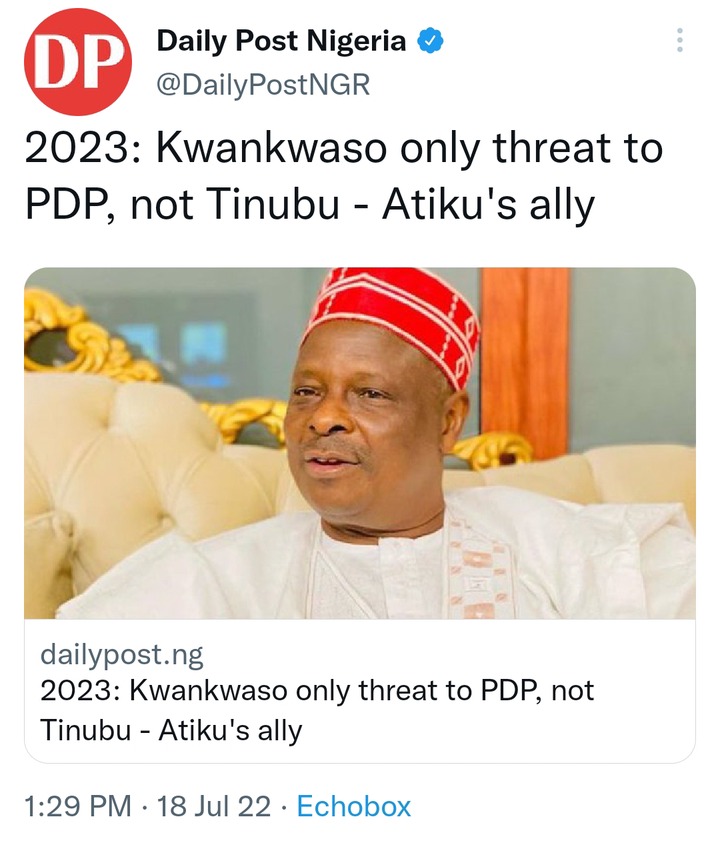 Ahead of the 2023 election, Reno Omokri, a socio-political activist, has declared that Bola Tinubu, the All Progressives Congress, APC, presidential candidate is not a threat to the Peoples Democratic Party, PDP.

Omokri said the only threat to PDP’s victory in 2023 is Rabiu Kwankwaso of the New Nigeria Peoples Party, NNPP, and not Tinubu.

Takeover Of Nigeria By PDP Has Begun - Ortom 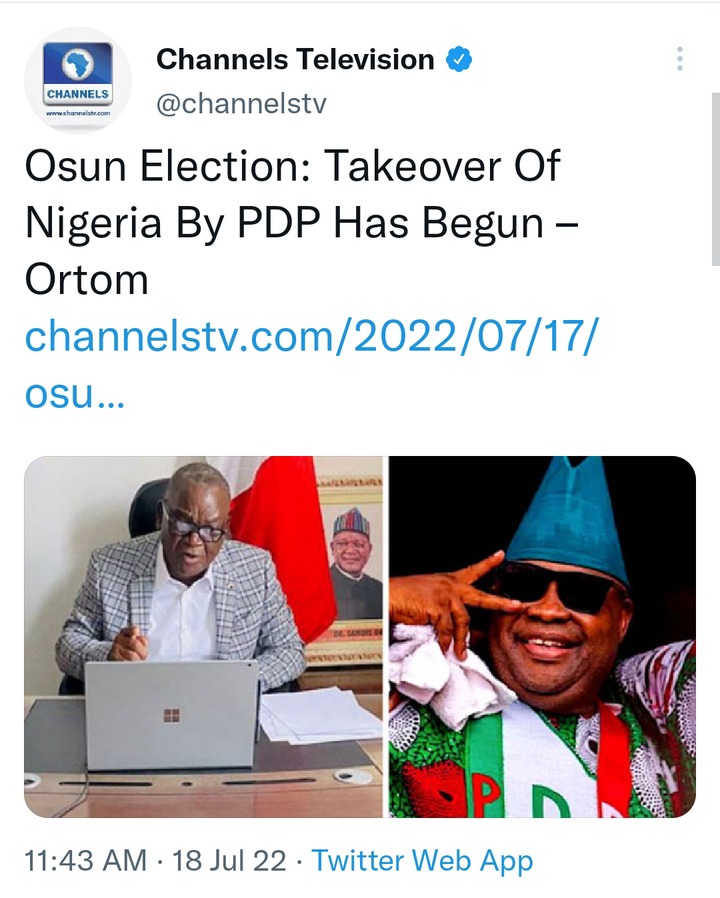 Benue State Governor Dr. Samuel Ortom has said that senator Ademola Adeleke’s victory at the Saturday’s gubernatorial election suggests that the takeover by the Peoples Democratic Party (PDP) has begun.

The governor in a congratulatory message on Sunday praised Senator Adeleke for his steadfastness, hard work and commitment to the welfare of the people that earned him the victory, saying “ the people have spoken”. 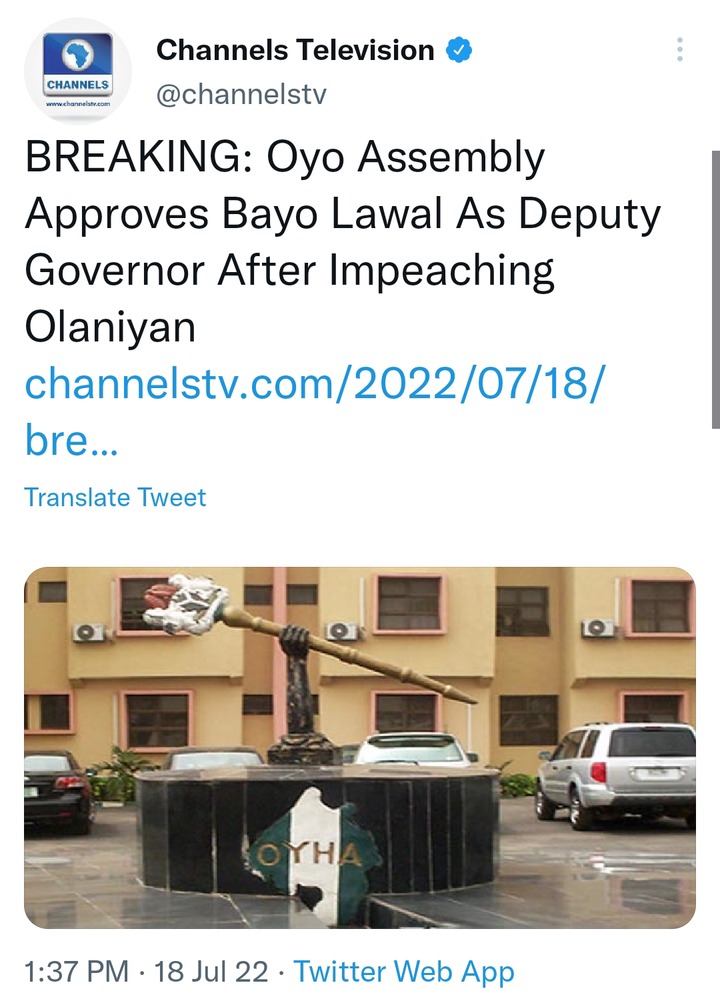 The Oyo State House of Assembly has approved the nomination of Bayo Lawal as the state’s Deputy Governor.

Lawmakers in the state gave the approval on Monday afternoon after impeaching Rauf Olaniyan as the state’s Deputy Governor.

Olaniyan was impeached by the lawmakers over allegations of misconduct. 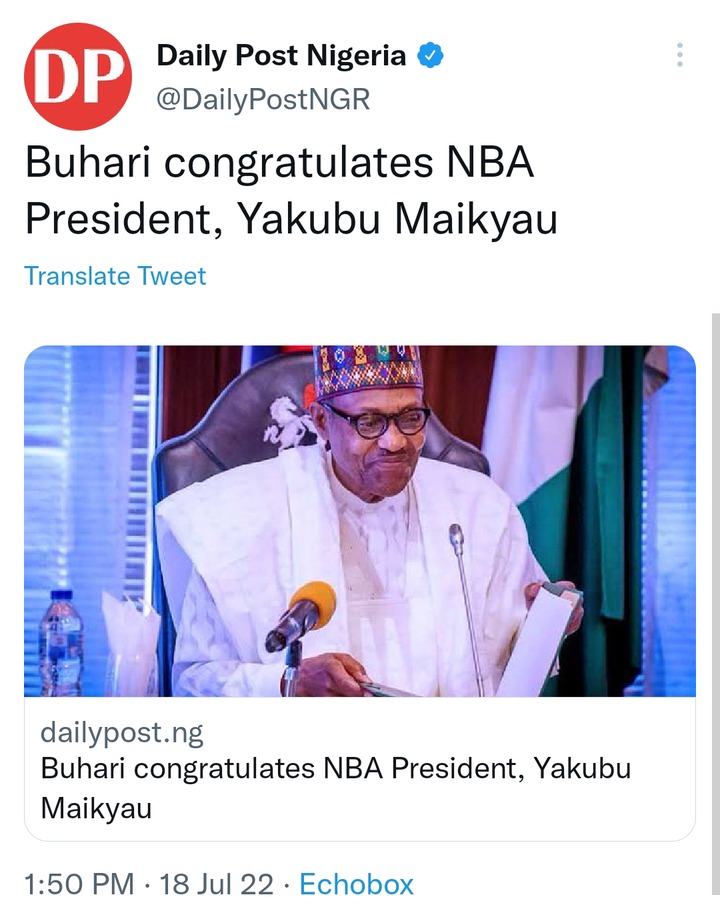 President Muhammadu Buhari has felicitated the Nigerian Bar Association (NBA) on the successful conclusion of its elections, rejoicing with Mr Yakubu Maikyau, the new leader of the legal body.

The president, in a statement by his spokesman, Mr Femi Adesina, on Monday in Abuja, congratulated the legal luminary for emerging the 31st President of the association.