U.S. will only incur pernicious consequences by imposing ‘democratic transformation’ on others 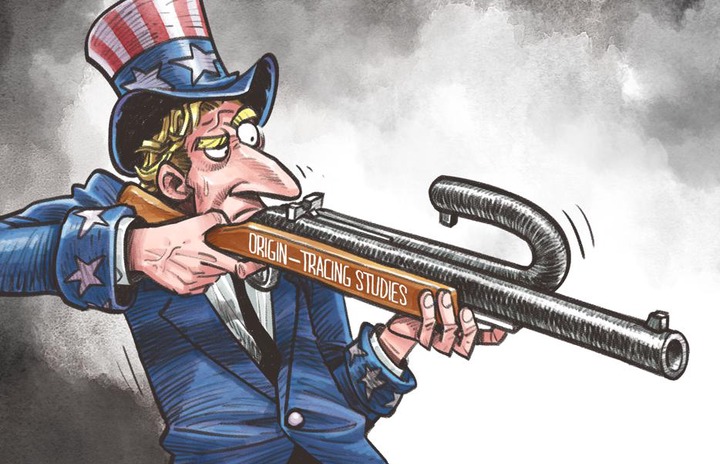 During the last few days, people in the U.S. have been reflecting upon the country’s policy toward Afghanistan, and the mainstream opinion held that Washington's efforts to impose a Western democratic model on Afghanistan have failed.

When the 20-year war in Afghanistan comes to an end, people see more clearly that the American democracy the U.S. claimed to transplant into Afghanistan is merely a castle in the air, and that the attempt of the U.S. to impose “democratic transformation” on other countries is unrealistic and can only bring pernicious consequences to itself.

Political elites in the U.S. have bragged about the “democratic transformation” the country tries to impose on Afghanistan. Their proud boasts have all become embarrassments to them.

“We also had a strategic interest in helping the Afghan people build a free society,” said former U.S. President George W. Bush, whose administration started the war in Afghanistan.

In response to an inquiry made by the U.S. Congress about whether the country was doing “nation-building” in Afghanistan, David Petraeus, former head of U.S. Central Command, said “We are, indeed.”

Washington foolishly tried to reinvent Afghanistan in its own image by imposing a centralized democracy and a free-market economy on the country, pointed out an article published on the website of The Washington Post based on a trove of confidential government interviews with U.S. diplomats, military officials, and aid workers.

As the failure of the “democratic transformation” plan of the U.S. becomes a foregone conclusion 20 years later, U.S. leader openly excused himself for poor decision-making on Afghanistan by saying that “We did not go to Afghanistan to nation-build.” However, the claim has further exposed the country’s hypocrisy and irresponsibility in exporting American-style democracy.

The U.S. attempted to transplant American-style democracy in Afghanistan. However, what it has been building in the country was a mirage without foundation of reality.

In terms of political structure, the U.S. vainly tried to create a third world version of Washington in total disregard of the fact that the political arrangement didn’t fit Afghanistan’s history, culture, or national conditions at all.

A U.S. official admitted that economic policies that might have helped Afghanistan slowly emerge from penury, such as price controls and government subsidies, were not considered by U.S. officials who saw them as incompatible with capitalism.

“Essentially, the U.S. government kept trying to force Afghanistan into a box that it didn’t -- and couldn’t -- fit into,” said an article published on the website of ABC News.

According to U.S. media, adjusted for inflation, the U.S. has spent more money on reconstructing Afghanistan over the past 20 years than its funds committed to the Marshall Plan after World War II.

Even such huge investments couldn’t enable the U.S. to avoid its failure in Afghanistan. The bitter reality is no doubt a slap in the face for the American hegemony.

According to many U.S. officials who have participated in the “reconstruction” of Afghanistan, the attempt to export democracy to Afghanistan ended in failure because the U.S. was being conceited and self-deceiving.

The U.S. was “devoid of a fundamental understanding of Afghanistan,” and tried to apply its experience directly to Afghanistan, said U.S. officials.

History has proven repeatedly that blindly applying the development model of a country to another one with entirely different history, culture, and national conditions will only be counterproductive and eventually end in vain. In fact, there have been a lot of lessons to the U.S. in this regard.

However, to this day, politicians in the country still couldn’t control their impulse to export American democracy to other countries. Believing that “America is better than other countries or has a superior culture”, U.S. politicians see “democracy” as a “patent” of their own country. They even consider that as long as they hold high the banner of “democracy”, they can arbitrarily trample on international rules, interfere in the internal affairs of other countries, and wage wars to defend American hegemony. That is why the U.S. repeats its mistakes over and over.

There is no fixed model of democracy. It’s ridiculous for the U.S. to believe that its model is so great that it must be promoted all over the world.

The country should really learn its lesson from the failure of its attempt to impose “democratic transformation” on Afghanistan. If it were to continue barging about in the blind alley of exporting American-style democracy, Afghanistan wouldn’t be the last stop of its defeat.

(Zhong Sheng is a pen name often used by People’s Daily to express its views on China’s foreign policy and international affairs.)