The Nigerian Civil Aviation Authority (NCAA) is a government agency in charge of airlines. They also make laws to ensure safety of the Nigerian airspace. 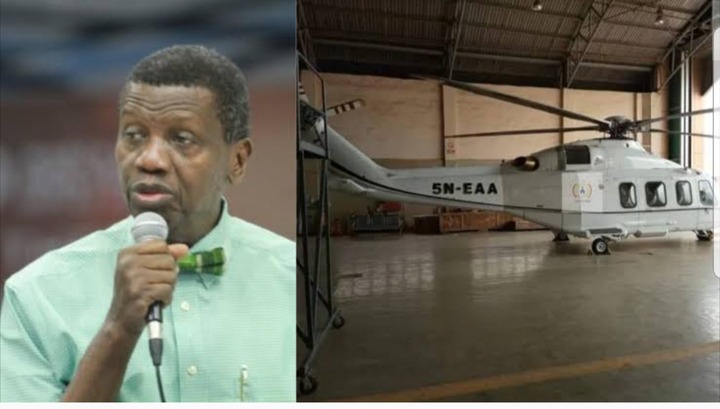 To ensure the safety of Nigerian airspace, the organization is conducting an investigation on the airworthiness of a private helicopter belonging to Pastor Enoch Adeboye of the Redeemed Christian Church.

According to Legit news, the Pastor will not be allowed to use his chopper again until the investigation is completed and his chopper found airworthy.

This investigation started two weeks ago when the AgustaWestland AW139 chopper, with registration number 5N-EAA, was reported over expired papers and parts and the investigation has not yet been concluded. However, Punch news gathered that the said helicopter was caught by Nigerian Government trying to fly to Ibadan, it was grounded by Nigerian Civil Aviation Authority until the old parts and papers are renewed.

In a meeting held at Ibadan yesterday, the Pastor apologized for arriving late. He narrated how his chopper was impounded at Lagos airport. He called on his fellow pastors to pray for Nigeria and some corrupt practices that are done in the country. He also said that a bribe was demanded from him, which he refused to pay.

He further revealed that he decided to embark on the trip via his chopper to avoid a possible gridlock on the busy Lagos-Ibadan Expressway. However, by God's Grace he still made it to the venue.

Puch news also reported that they went through multiple aviation reports, all said that the reason why he was suspended was because of his papers. They also recorded that he flew with another helicopter belonging to Pastor Oyedepo of Living Faith Church. They explained that if bribery and corruption had been the case like he alledge, he wouldn't have been allowed to use another chopper. 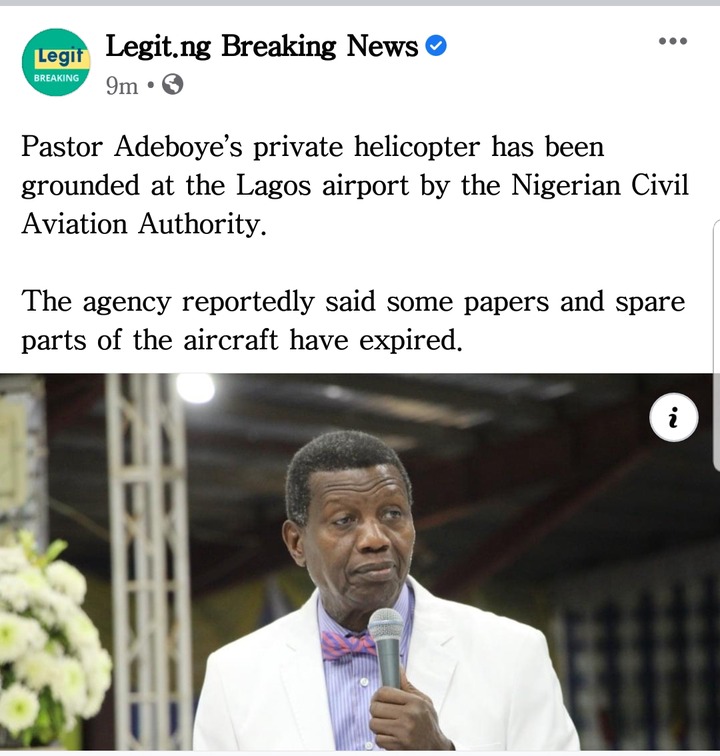 2 Killed, Over 167 Hurt As Synagogue Bleacher Collapses Near Jerusalem (Photos)

Hamas And Islamic Jihad Have Fired 3100 Rockets From Gaza For Past 7 Days, We Are Under Fire, Says Israel Defense Forces