See What People Are Saying About Goodluck Using Buhari's Presidential Jet For His Mali Trip.

By chilovedestiny (self media writer) | 1 year ago 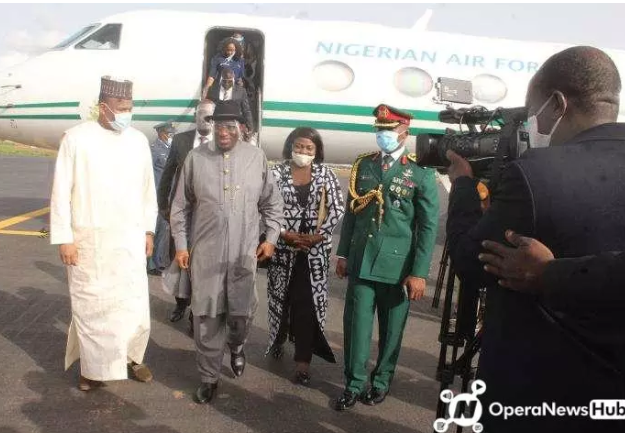 Former Nigeria President, Goodluck Ebele Jonathan lands in Mali for a special meeting with other members of the Economic Council Of West African States (ECOWAS) for a special peacekeeping mission.

Goodluck Ebele Jonathan was reportedly have made use of the President Buhari's Official Jet for this special Assignment. 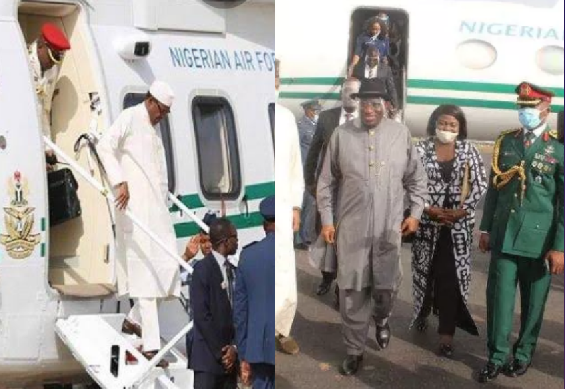 Before going deep into what Nigeria's are saying about the former President Making use of the official plane suited only for Current Head of State in Nigeria, let talk about what the meeting is all about.

Goodluck Ebele Jonathan was joined by other members of the ECOWAS committee, he's plane successfully landed on the shores of the Mali State capital Bamako.

The Nigeria Former President was appointed by the Economic Council Of West African States (ECOWAS) to chaired the special envoy prepare in place to solve the ongoing conflict in Mali. 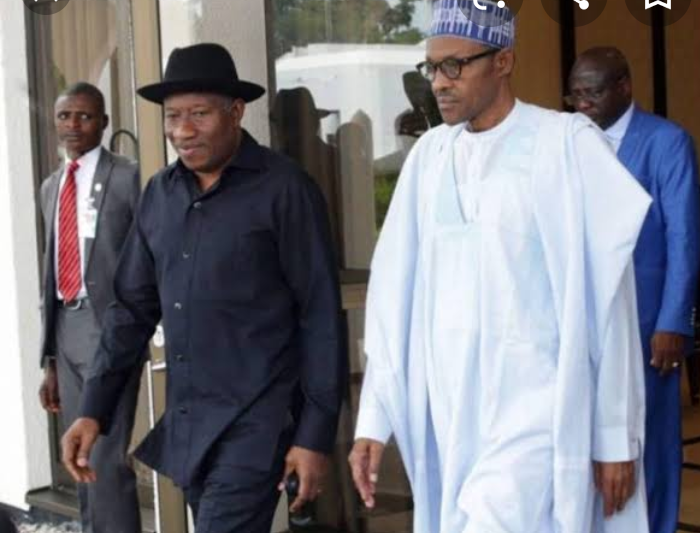 Presently, the republic of Mali is been troubled by some traditional leaders opposing some key decisions of the sitting President. Goodluck Jonathan and his team member will be facilitating and mediating a possible solution to the troubles that are to come, by finding a Lasting solution to this conflict, which has been since the beginning of March 2020.

Thousands of protesters hit the capital city of Mali calling for the removal of the President due to the way and manner he has been ruling the country, which they feel isn't appalling to the welfare of the country's economy. They believe the only way their voices would be heard is by hitting the street in some peaceful protest.

However, former President Goodluck Jonathan and his team arrived the capital early hours of Thursday morning, in a president aircraft belonging to President Muhammad Buhari.

Goodluck Ebele Jonathan however, did thank the president for supporting his Mali trip with the needed logistics and aircraft for the success of the mission.

The former President disclosed on his Twitter handle on Thursday morning that he has landed in Bamako, Mali for the international assignment.

However, Nigerians have commended President Muhammadu Buhari for granting Jonathan the permission to use his official aircraft for the international assignment, it shows that he belongs to everyone and belong to nobody.

"yes because Goodluck Jonathan is a good leader, so am 100% sure he can bring peace to mali."

"Hopefully, by the grace of God Almighty, Goodluck(as the name implies) and his team of Peace makers will succeed in returning peace to Mali in no too distant date."

"Buhari have done the right thing because Jonathan single heartedly handed power to him, For Jonathan he is a man of peace so we expect peace to rain in that country." 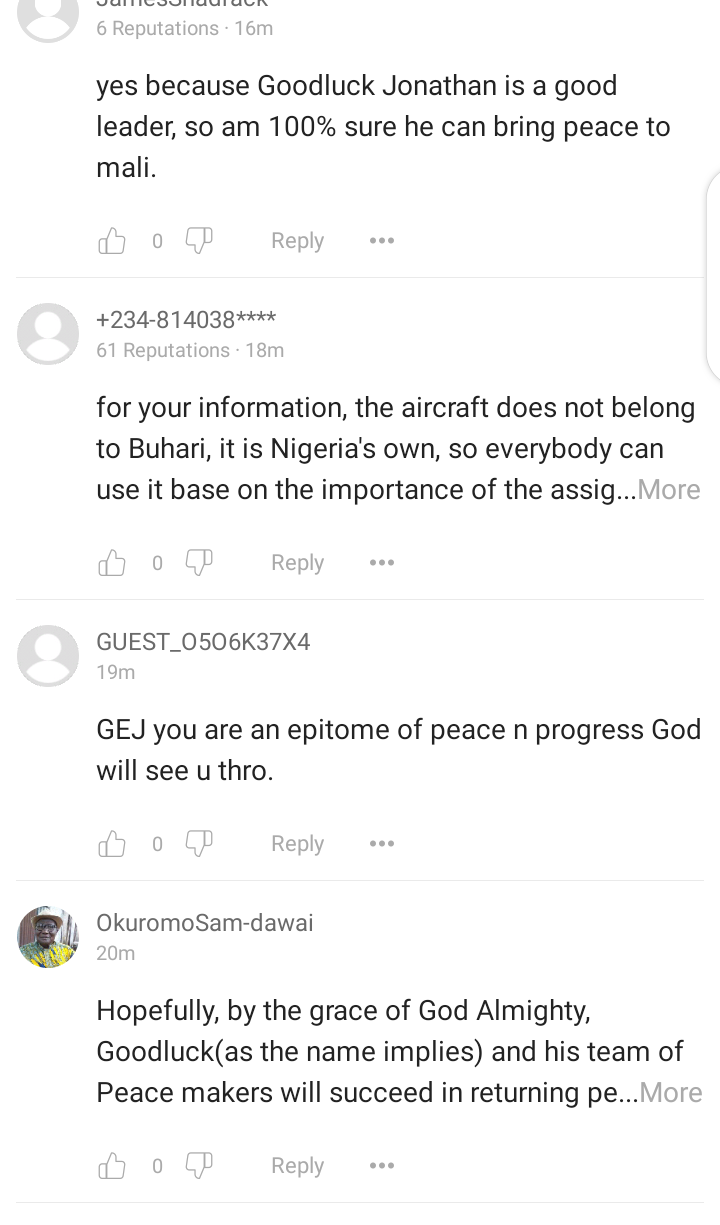 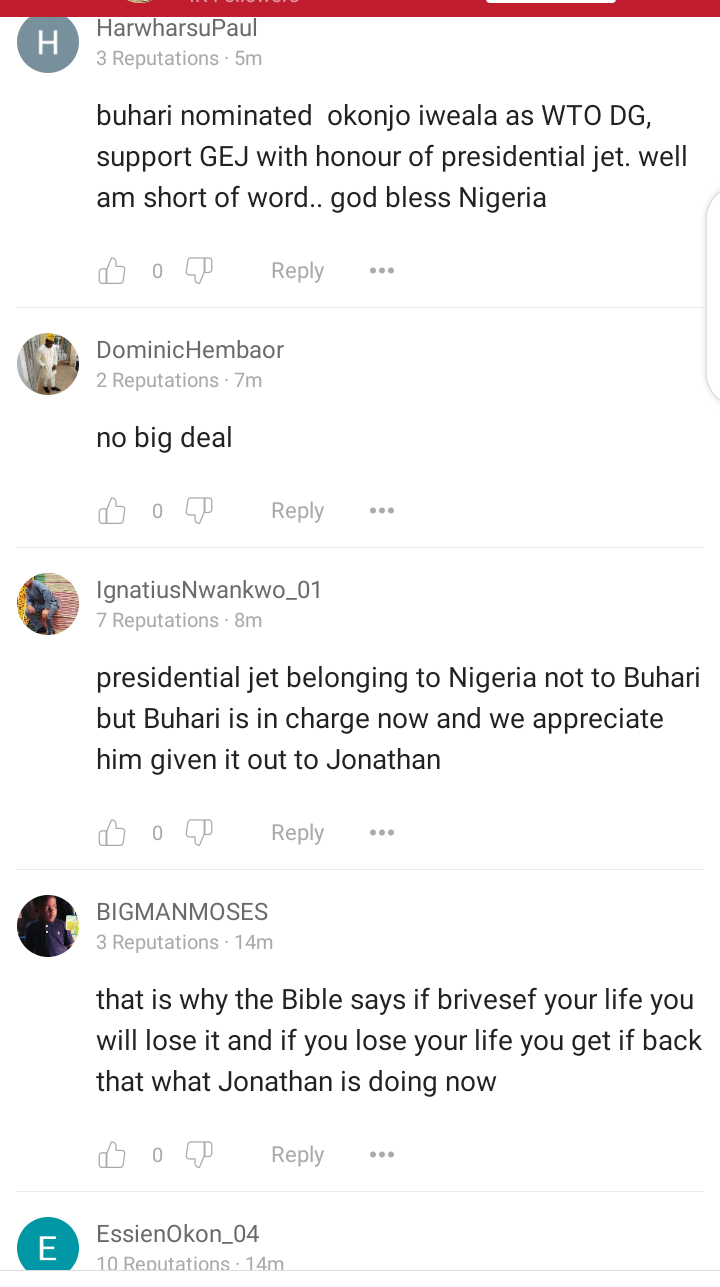 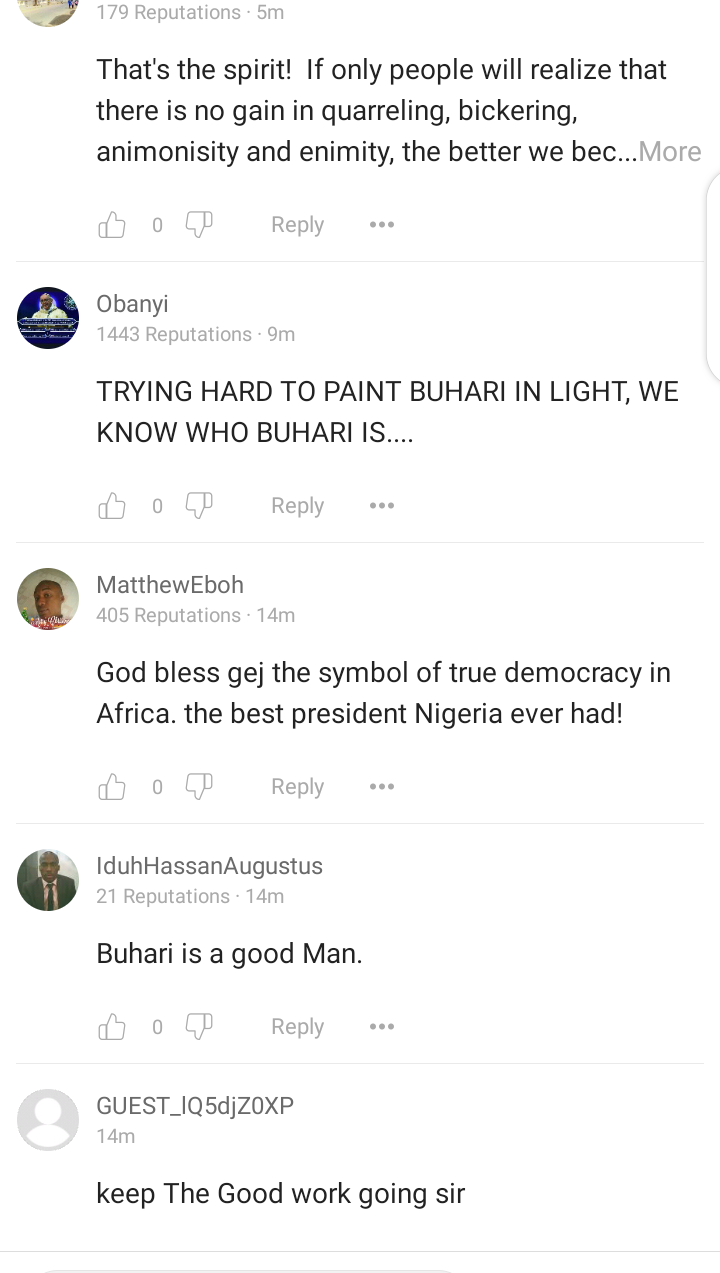 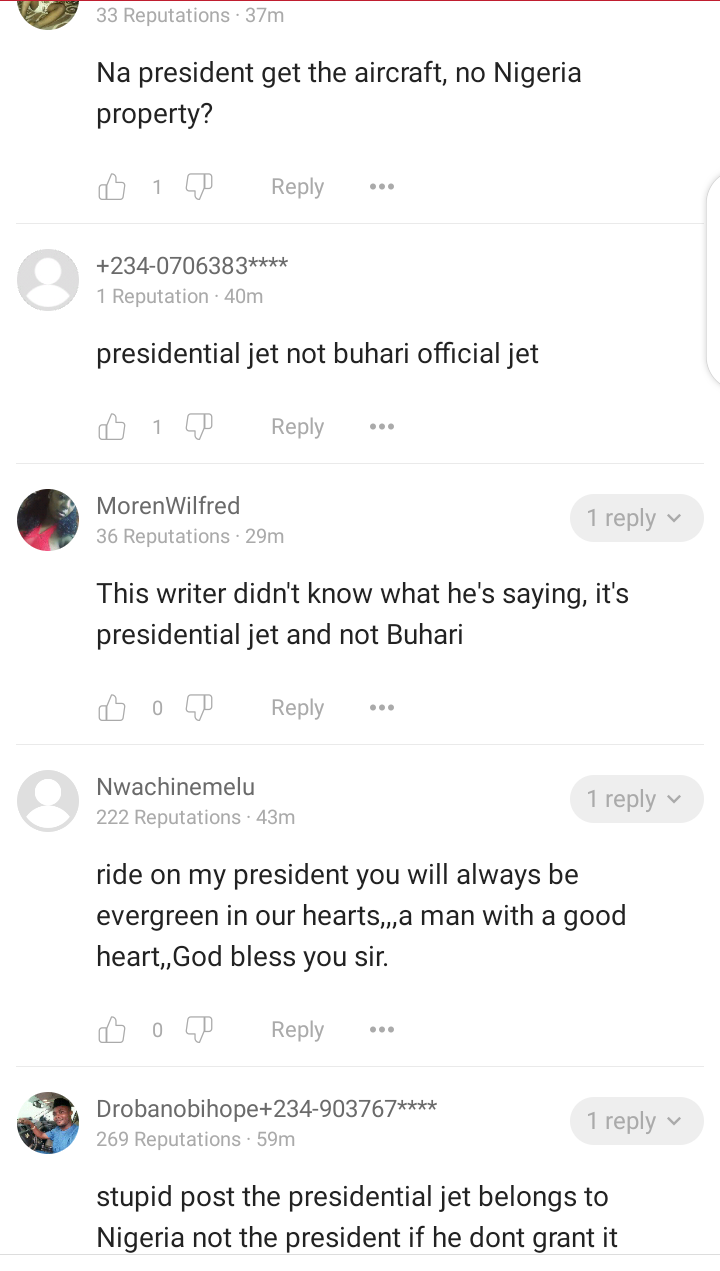 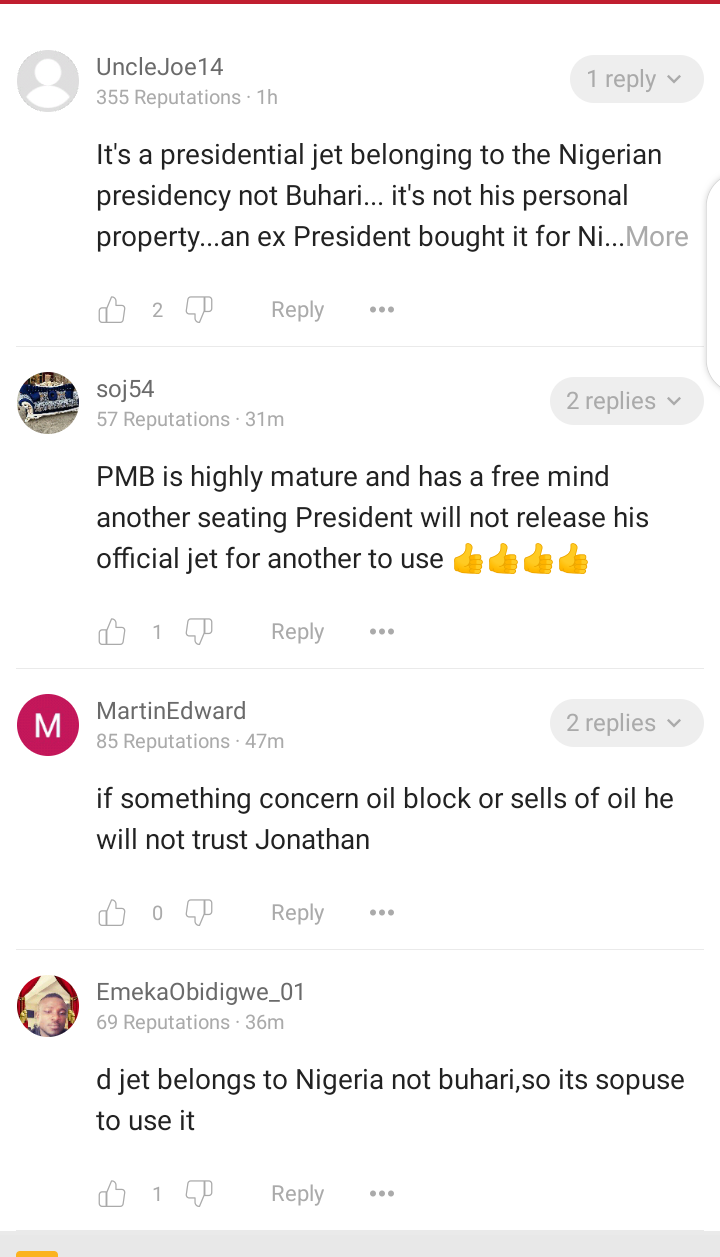 What do you think about this, he's Goodluck Ebele Jonathan actually entitled to the private jet, been a former head of state?