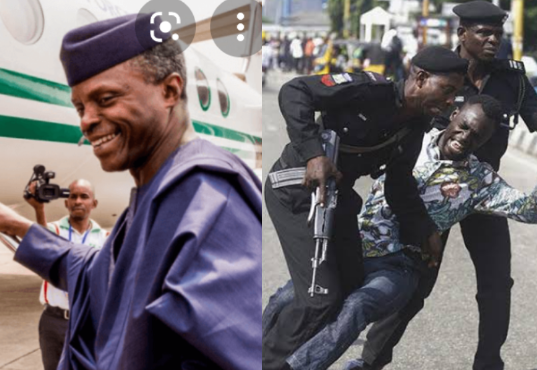 Vice President Yemi Osinbajo has departed Abuja to represent the President, Muhammadu Buhari (retd.), at the 2nd extraordinary summit of the ECOWAS Authority of Heads of State and Government. 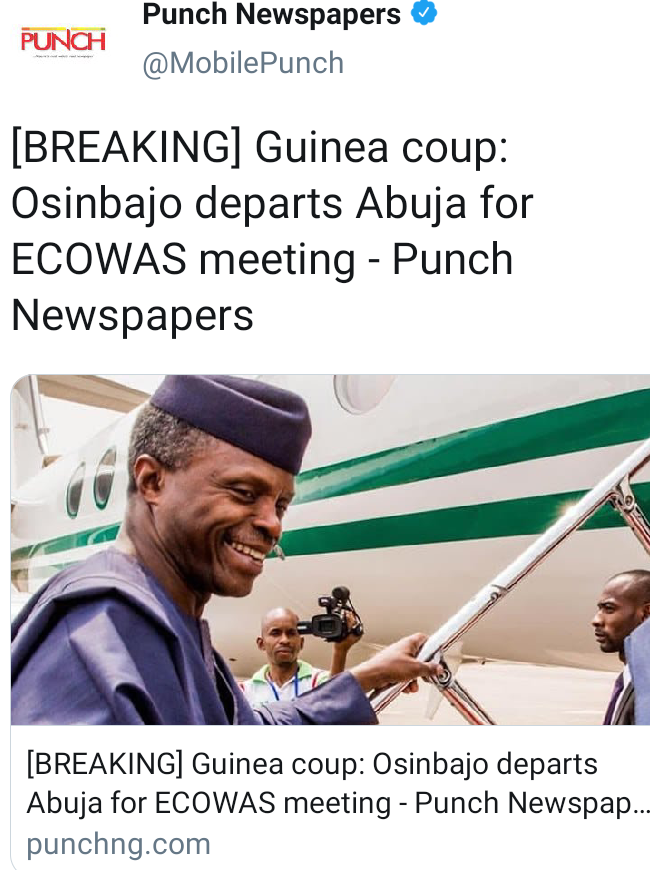 The meeting is holding over the recent coup in the Republic of Guinea, a statement from enior Special Assistant to the President on Media and Publicity, Office of the Vice President, Mr Laolu Akande, said. 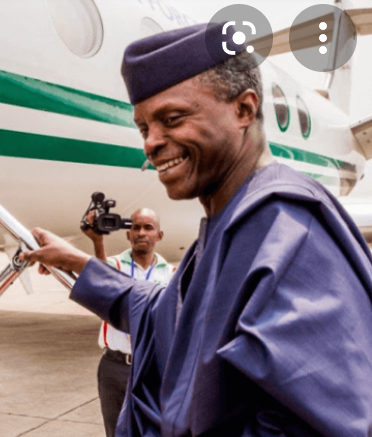 The statement issued on Thursday was titled, ‘VP Osinbajo to represent Nigeria at ECOWAS meeting in Accra concerning situation in Guinea.

Operatives attached to the Anti-crime patrol team of the Area ‘J’ Command, Elemoro have arrested an armed robbery suspect and a suspected cultist with a locally-made double barrel gun and three cartridges. 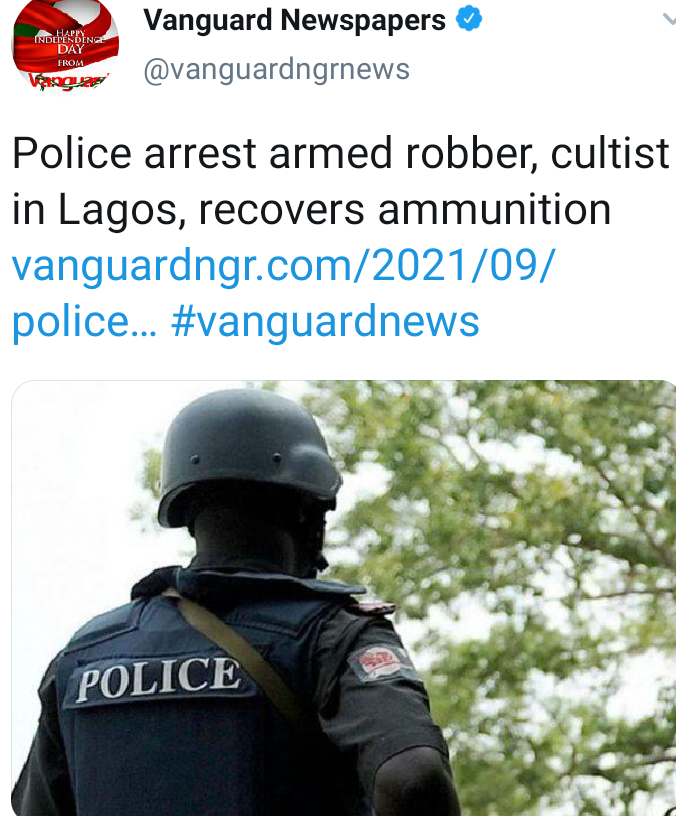 The armed robbery suspect, identified as: Alabi Timothy aged 23, was arrested at about 12:30am at General Paint, Garden area, Lekki during a routine stop and search by the police. 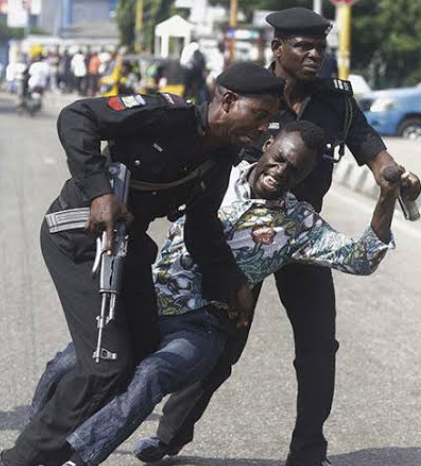 It was learned that a locally-made double barrel gun and two live cartridges including an expended cartridge concealed in a bag were recovered from Alabi Timothy who resides at 9, Baale street, Majek, Ajah.

After mocking him as corrupt drunkard, APC welcomes Jonathan’s defection from PDP

After spending years castigating him as a corrupt, alcoholic politician, the ruling APC said it would gladly welcome former President Goodluck Jonathan from the opposition PDP, marking what could be the most high-profile defection in the country’s political history. 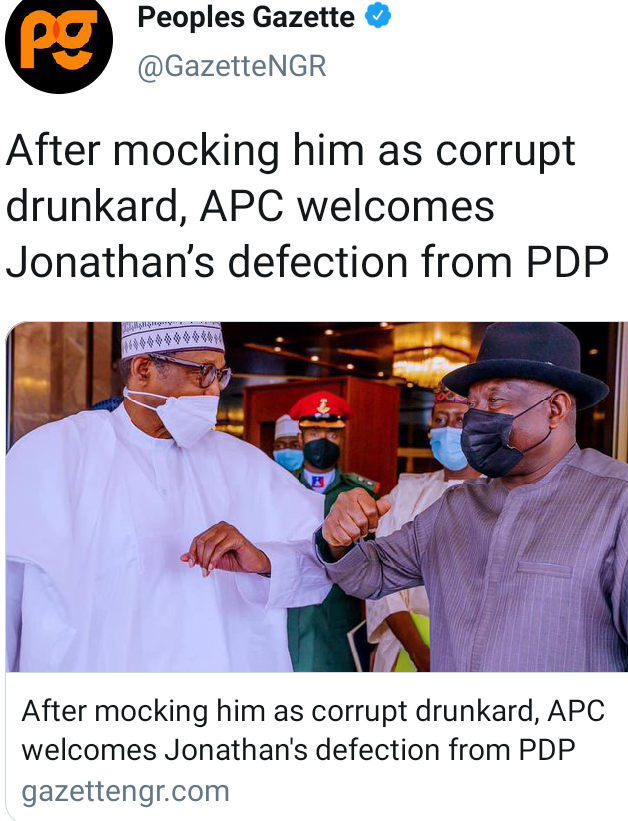 Asked by Channels TV to confirm if Mr Jonathan would defect to the party, John James Akpanudoedehe, the APC national secretary, said, “I am hearing that for the first time that we are expecting the former president. That will be great news. We will welcome him; that will also strengthen the party.”

Ahead of the 2023 general elections, there are speculations that the ex-president would leave the PDP for the ruling APC, particularly after some governors of the APC paid him a courtesy visit in November 2020.

He, however, did not confirm if Mr Jonathan, a PDP member, would be its presidential candidate should he join the APC.

The ruling All Progressives Congress, APC, has defended the borrowing of President Muhammadu Buhari, saying that it “is for the good of the country”. 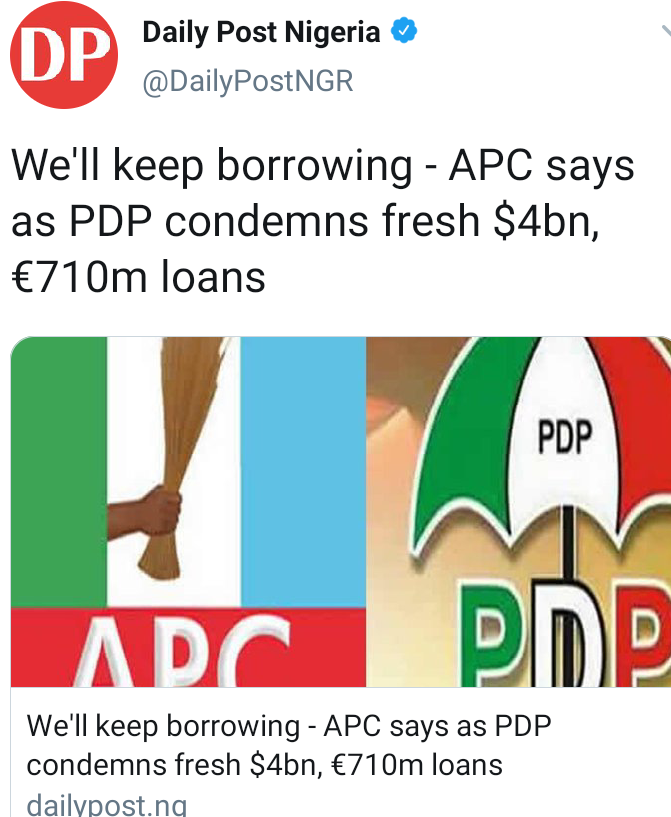 Recall that the People’s Democratic Party (PDP) earlier declared that Buhari and the APC administration are selling Nigeria.

PDP National Publicity Secretary, Kola Ologbondiyan, in a statement said the party is enraged by the “further mortgage” of the country and warned the National Assembly to protect generations unborn.

He also condemned the demand for another $4billion and €710million loans by the President.