By Healthsite (self media writer) | 1 year ago

Taraba State governor, His Excellency Dairus Ishaku has expressed sympathetic sorrow to the family of Aisha Alhassan widely known as 'Mama Taraba' over the sudden death of the former minister.

The governor who expressed shock after hearing of the demise of Alhassan, said it was a personal loss to him.

This is contained in a statement issued by his Special Adviser on Media and Publicity, Bala Dan Abu, Governor Dairus stated that the late minister was a woman of great courage whose death has left a vacuum that wouldn't be easily fill.

According to the governor, the ex-minister for women affairs was an asset and her death has denied Taraba State and Nigeria of the benefits of her wealth of experience in politics.

The governor also stated that, she contributed greatly towards ensuring for social and political emancipation of women and her death has left a vacuum.

In a similar way, the Peoples Democratic Party, has stated that it is deeply saddened by the demise of Nigerian the ex-minister, Alhassan Aisha. 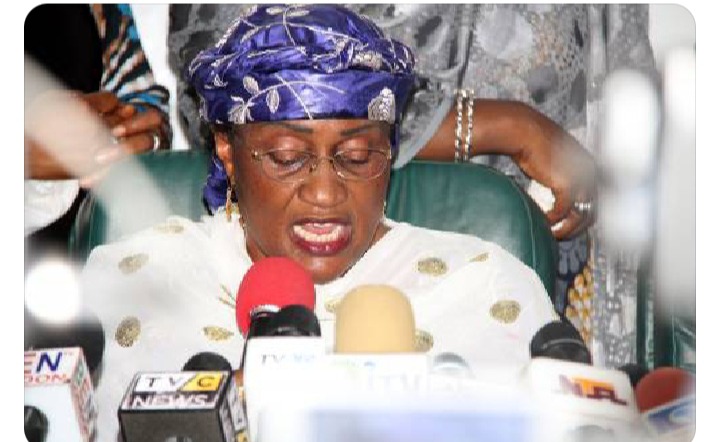 This is contained in a statement by the Taraba State publicity secretary of the party, Andeta’rang Irammae. According to the party the death is a loss not only to her immediate family but the entire country.

The party noted that she was commited to party even when she served as the Chairperson of P.D.P Assessment Committee in Taraba North Senatorial District recently and came out with a report that has vastly strengthen the Party’s cohesiveness in the State and has also strongly believed in the institutionalization of the P.D.P not just in Taraba State, but Nigeria.

Below is the news link.

Content created and supplied by: Healthsite (via Opera News )