Is Chiwetalu Agu Right to Ask Igbos to Join Biafra?

By KreativeNews (self media writer) | 8 days ago

Veteran Nollywood actor Chiwetalu Agu has been arrested by Nigeria Army, NA for wearing an attire of Biafra Republic. According to Sahara Reporters Agu was arrested by the Nigerian army for promoting the cause of the secessionist group the Proscribed Indigenous People of Biafra, IPOB by wearing Biafra's regalia. 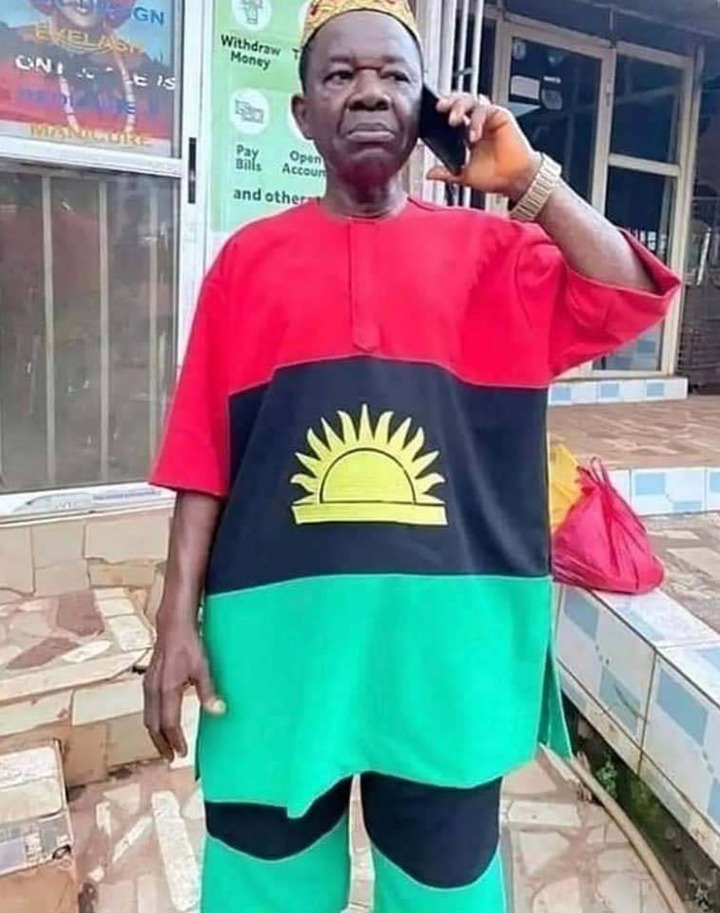 In a statement signed by the army's spokesman Chiwetalu Agu was picked up for questioning while asking South Easterners to join IPOB a Proscribed group.

The statement partly reads "Dressed in a very well known attire of the proscribed group, Chiwetalu Agu was picked up for questioning while inciting the members of the public and soliciting for support for the Proscribed Indigenous People of Biafra, IPOB. Though, he attempted putting up some resistance while troops made effort to take him into custody, he was not assaulted or subjected to brutalization."

But is Chiwetalu Agu Right to ask Igbo People to join Biafra? First and foremost, it should be clarified that the Nigerian Army did not catch Agu red handed verbally asking people of South East Nigeria to join Biafra.

However, it was that the Nollywood comic actor was seen on the street wearing a regalia sewed with Biafran flag. This is what the Nigerian army interpreted as Chiwetalu Agu asking Igbos and the people of South East to join Biafra.

It should be said here that the actor regardless of his inclination or support for Biafra, should have considered his public image and influence and shouldn't have worn the regalia in question. Since the regalia will be interpreted by South Easterners as a call to join Biafra.

Although, Chiwetalu Agu has the right to dress in any cloth he so desires, but he should also understand that clothes have a voice and this one he wore has spoken against him.