1. Saraki: How Magu took his non-confirmation personally against me

Kwara state born immediate past Senate President and former Kwara state governor Bukola Saraki, has said the embattled acting chairman of the Economic and Financial Crimes Commission (EFCC)’s chairman, Ibrahim Magu, took the issue of his non-confirmation by the Senate under his leadership personally.

According to Bukola Saraki in a statement he personally signed on Thursday which was made available to Daily Trust on Friday, the intention of the EFCC was to damage his reputation and that of his family, stressing the last five years have been very challenging for him and his family. 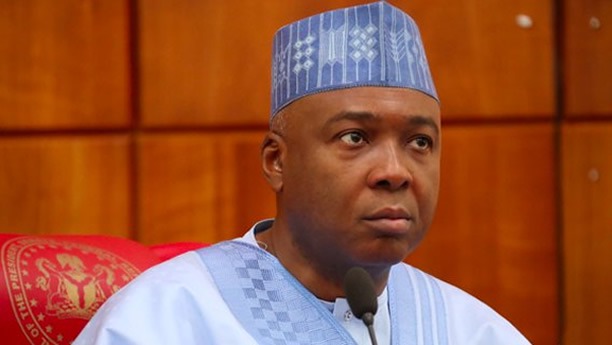 Senator Saraki lauded the judgement of the Federal High Court, Lagos, delivered by Justice Rilwan M. Aikawa, which dismissed the application by the EFCC for forfeiture order on his Ilorin home in Kwara State.

According to the former governor, with the outcome of Thursday’s case, the EFCC should learn that a serious issue like the fight against corruption should not be reduced to a forum- shopping means to execute personal vendetta.

The U. S. has registered a record number of new COVID-19 infections over the past 24 hours, a tally compiled by the Johns Hopkins University showed on Friday.

Some 77,300 new infections were recorded during that period, the highest number since the beginning of the pandemic. Since the easing of restrictive policies in June, the number of infections in the U.S. has soared, especially in the south and south west of the country.

Embattled former acting Managing Director of Niger Delta Development Commission , Joy Nunieh , is testifying before the House of Representatives Committee on NDDC at the ongoing investigative hearing on the alleged illegal expenditure and mismanagement by the commission . The investigation of the NDDC had got messier on Thursday as the police invaded the Port Harcourt residence of Nunieh without a valid warrant of arrest. She was rescued by Governor Nysom Wike.

It was alleged that the invasion was to prevent Nunieh from moving from Port Harcourt to Abuja to testify before the panel.

4. Our officers at Nunieh’s residence on legitimate duty, say police

The Rivers State Police Command has clarified that the policemen, who surrounded the residence of a former acting Managing Director, Niger Delta Development Commission (NDDC) were on legitimate duty. The Police Public Relations Officer (PPRO) Nnamdi Omoni, who did not state the mission of the policemen, debunked reports suggesting that the officers were on illegal duty.

He said said the police officers observed due protocols and requisite standard operating procedures,including reporting at the police headquarters in Port Harcourt to have their Investigation Activities signed by the Commissioner, Joseph Mukan. He said: that around 8.45am today Friday 17 July, 2020 ,a serious lone Road Traffic Crash (RTC) caused by tyre burst, was recorded near Okija Police Check Point, along Ihiala-Onitsha expressway.

A total of eight male adults were involved in the crash. One victim sustained some degree of injury, while the others came out unhurt.