By Bainwrites18 (self media writer) | 1 year ago 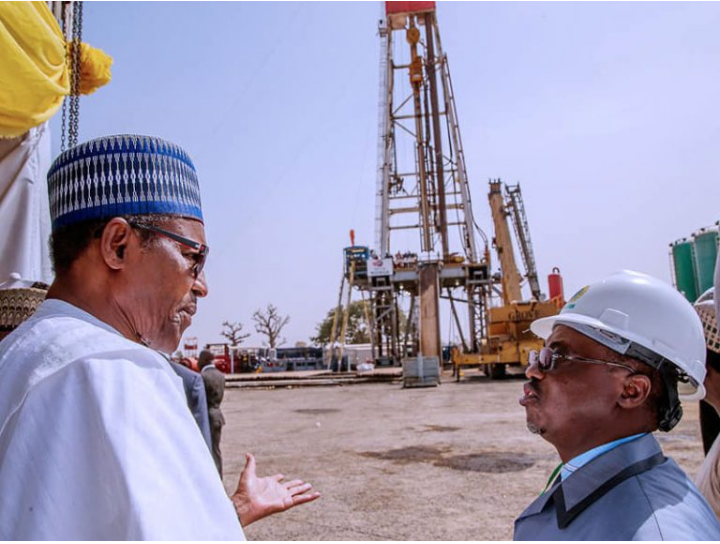 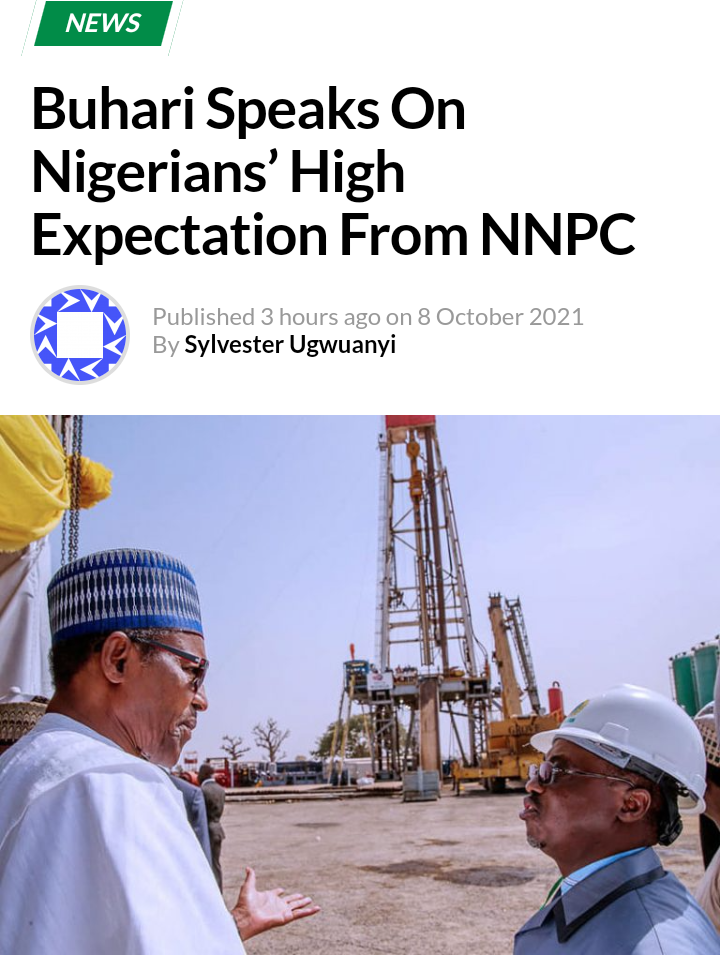 President Muhammadu Buhari has observed that Nigeria expects nothing less from the new Board of Directors, the Chief Executive Officer, and the Chief Finance Officer of the NNPC other “than the realization of a global national oil company that this nation desires and deserves.”

Naija News reports that the President stated this on Friday when he received the certificate of incorporation of the Nigeria National Petroleum Company (NNPC) Limited.

Under the recently signed Petroleum Industry Act (PIA), the Nigerian National Petroleum Corporation (NNPC), was expected to transform into a limited liability company, a fact that has now been accomplished.

Buhari described the incorporation as “a significant milestone in our quest to create an enduring National Energy Company that can compete with its global peers and deliver value to its shareholders, the Nigerian people.”

He said his expectation was for a speedy transition through taking all steps required to transfer assets, human and material, “and without wasting time to capitalize the company as required by the Petroleum Industry Act.”

The President expressed delight over the National Assembly’s confirmation of his nominations for the Board and Management of the two regulatory institutions, and expects immediate take-off to facilitate effective implementation of the provisions of the PIA “on accelerated gas development and optimization of oil production and support for the energy transition”.

Another Strike set to Begin 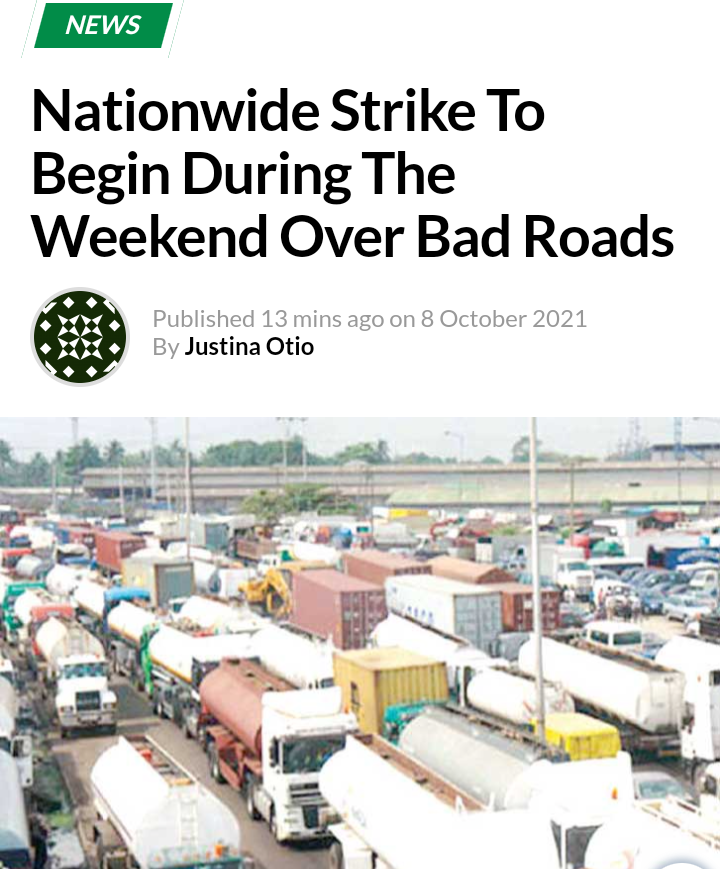 The Nigerian Union of Petroleum and Natural Gas Workers(NUPENG) has indicated that they might be going on a nationwide strike anytime from now over the terrible state of federal roads all over the country.

Giving other reasons for the proposed strike, NUPENG mentioned the federal government’s refusal to install safety valves in all petroleum trucks to stop the contents from spilling out and the abuse of the tonnage capacity by marketers and transporters alike.

It was gathered that since the notice of the strike was given on September 25 and October 7 the government has refused to meet their demands and neither have they bothered to reach out.

A source told Vanguard that the ultimatum they had given the government would be expiring on October 8.

He said: “I have nothing to tell you other than that our ultimatum will expire today (Friday, October 8). As at today, Friday October 8, nothing has changed. The ultimatum subsists.

“The communiqué we issued on September 25, 2021 in Enugu has explained our next line of action. Do not forget, since Monday September 27, we have been on a work-to-rule action in accordance with the communiqué. Well, if you must know, the nationwide may begin this weekend or any moment after today (Friday).

We Will Assist NDLEA Tackle Drug Abuse In Lagos – Obasa 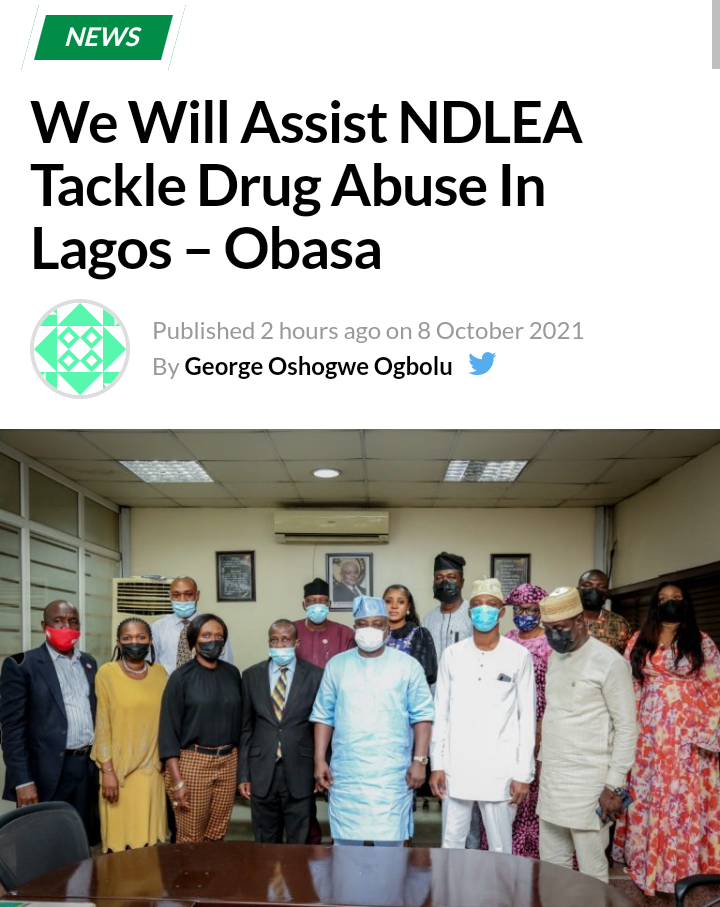 The Speaker of the Lagos State House of Assembly, Mudashiru Obasa, has promised that the state legislature will continue to support the fight against drug abuse and its effects on the youths and residents of the state.

Obasa made the promise when he played host to top officials of the National Drug Law Enforcement Agency (NDLEA) led by its state commander, Ralph Igwenagu.

The Speaker expressed hope that a collective fight against the societal challenge would help to further sustain a safe and well-protected Lagos.

He said he was not surprised that Lagos has been described as one of the epicentres of drug abuse in the country saying with an influx of people from other states, it should be expected.

“That is why it is difficult for the Lagos Government to project. When you project for a certain number of people this year, before you know it, more than three times your projection will enter the state.

“That is why we make efforts to support the Federal Government by equipping the Rapid Response Squad. We also set up the Security Trust Fund, the Neighbourhood Safety Corps, the Lagos State Traffic Management Authority (LASTMA) and others to ensure that lives and property are protected,” he said.

Fish Out Killers Of Kano Pastor – Sultan, CAN Urges FG 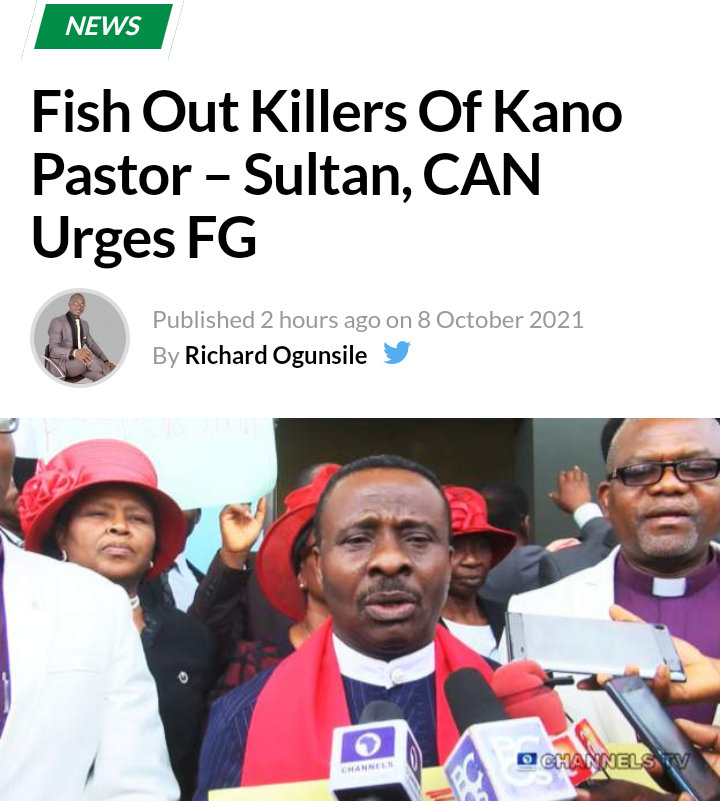 The Federal Government of Nigeria has been asked to fish out and take decisive action against the killers of Pastor Shuaibu Yohanna, in Kano.

The assailants according to reports, attacked the church building, its staff office and school, and also destroyed the pastor’s house during the incident.

Reacting to the incident in a statement made available to newsmen, the Nigeria Inter-Religious Council, under the joint leadership of the Sultan of Sokoto, Alhaji Sa’ad Abubakar, and the CAN President, Reverend Samson Ayokunle, said there’s no reason enough to justify the gruesome killing of the clergyman.

The two bodies charged men and women of goodwill to rise up against religious intolerance across the country.

The council demanded that criminal elements who go about killing their fellow citizens unjustly under the guise of religion should be made to face the wrath of the law. 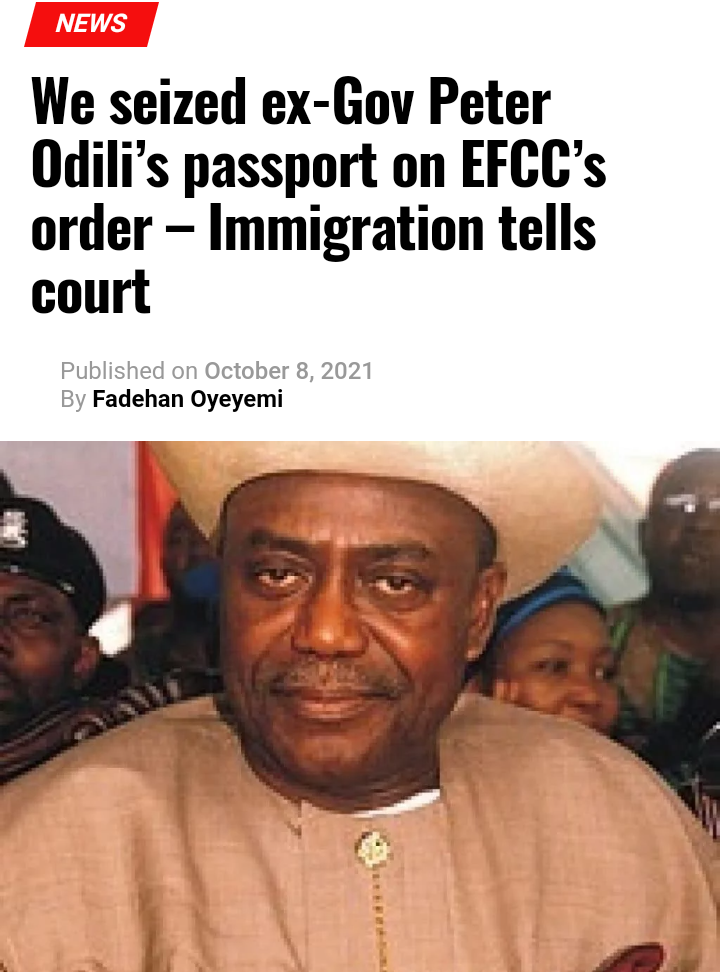 The Nigeria Immigration Service (NIS) on Friday at the Federal High Court in Abuja insisted that the international passport of a former Rivers State Governor, Sir Peter Odili, was seized by its operatives on the order of the Economic and Financial Crimes Commission, EFCC.

The agency begged the high court to dismiss a suit instituted by the former governor to compel the release of the passport to him.

Counsel to the Immigration, Mr Jimoh Abdulkadir Adamu, while defending the action of his clients tendered a letter by EFCC instructing Immigration to seize the passport because Odili was on the watchlist for some infractions.