1) Another Prominent Nigerian Dies In London.

"Naija News" gathered that Senator Gogwim reportedly died on Tuesday, April 6, 2021, at the age of 71 in an undisclosed hospital in the United Kingdom. 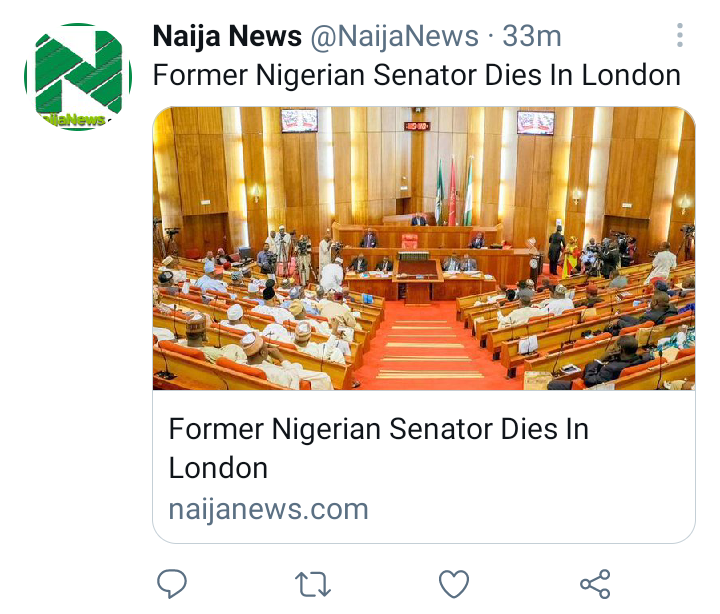 The cause of the Nigerian Senator’s death is still unclear at the time of filing this report. The Senator died at a London hospital.

Before his death, Satty Davies Gogwin was a member of the People’s Democratic Party (PDP), Nigeria’s main opposition political party, and he served as a senator for the Plateau Central Senatorial District of Plateau State, Nigeria from 29 May 2007 to May 2011. 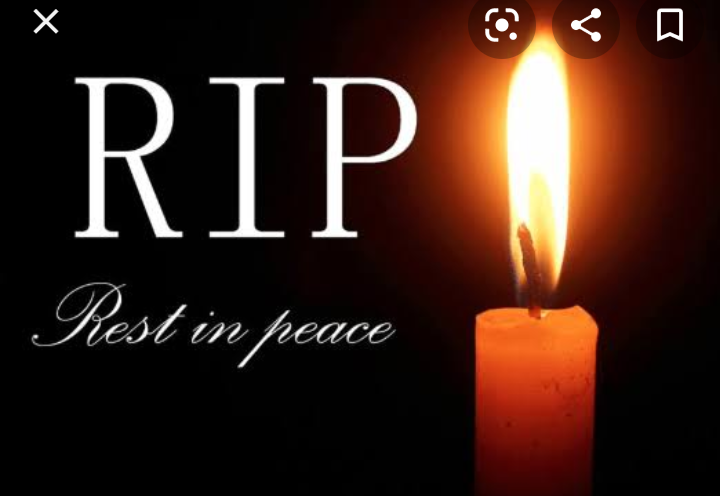 2) "Buhari Will Go On Medical Trips Next Year"– Lauretta Onochie.

The Special Assistant to President Muhammadu Buhari on Social Media, Lauretta Onochie, on Tuesday said her principal has the right to travel out for medical check-up. 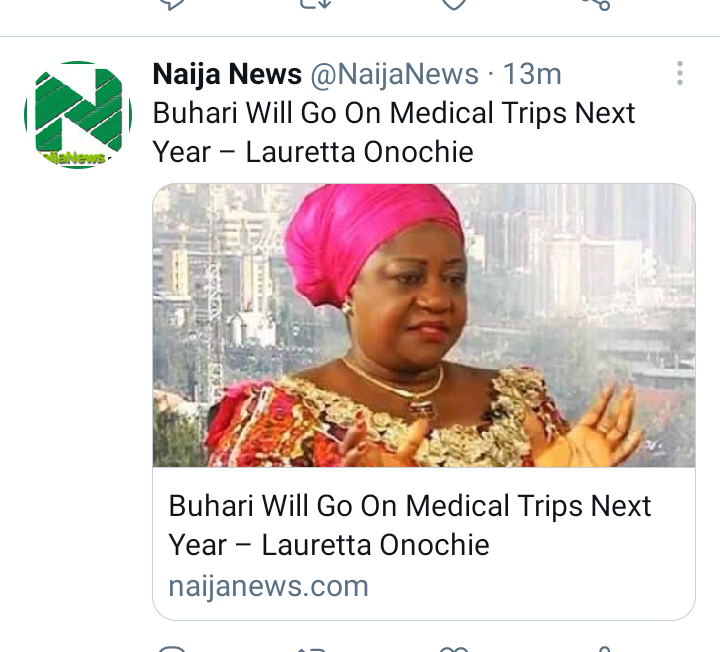 The presidential aide stated following the series of protest at the Abuja House in London where the President is lodged.

The publisher of SaharaReporters, Omoyele Sowore, has organised a protest to force Buhari to go have his medical checkup in Nigeria where doctors are currently on strike.

Onochie in her reaction on Twitter noted that no amount of wailing can stop Buhari from embarking on medical trips.

Muhammad Dingyadi, minister of police affairs, has spoken on why Mohammed Adamu, former Inspector-General of Police (IGP), did not complete his three months tenure extension. 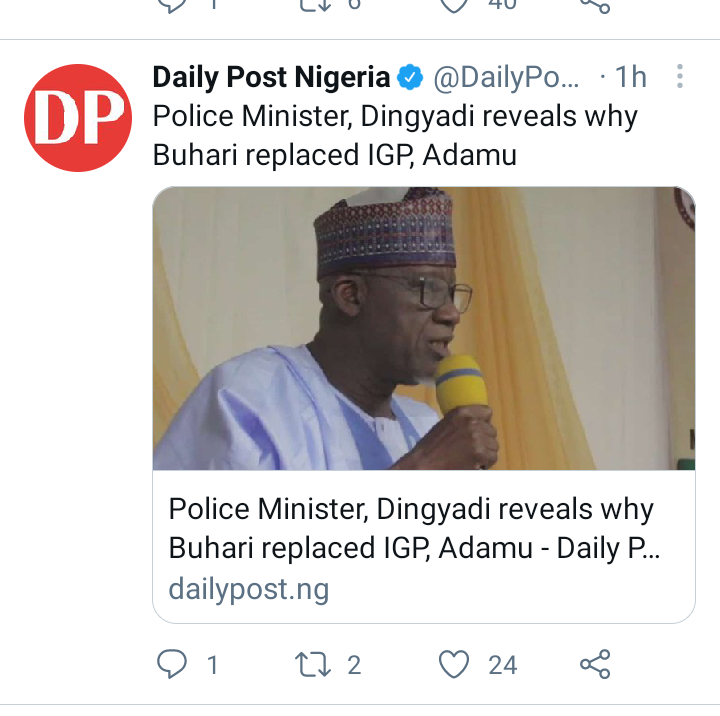 Recall that President Mohammadu Buhari on Tuesday approved the appointment of Alkali Baba as the acting IGP.

Baba replaces Adamu who was given a three-month tenure extension by the President on February 4.

However, while briefing state house correspondents on Tuesday, the police minister explained that it is the prerogative of the President to decide on when to make or terminate an appointment.

He further explained that the new IGP was picked after a thorough check of a shortlist of suitably qualified police officers from the rank of DIGs and AIGs, who are eligible for appointment as IGP. 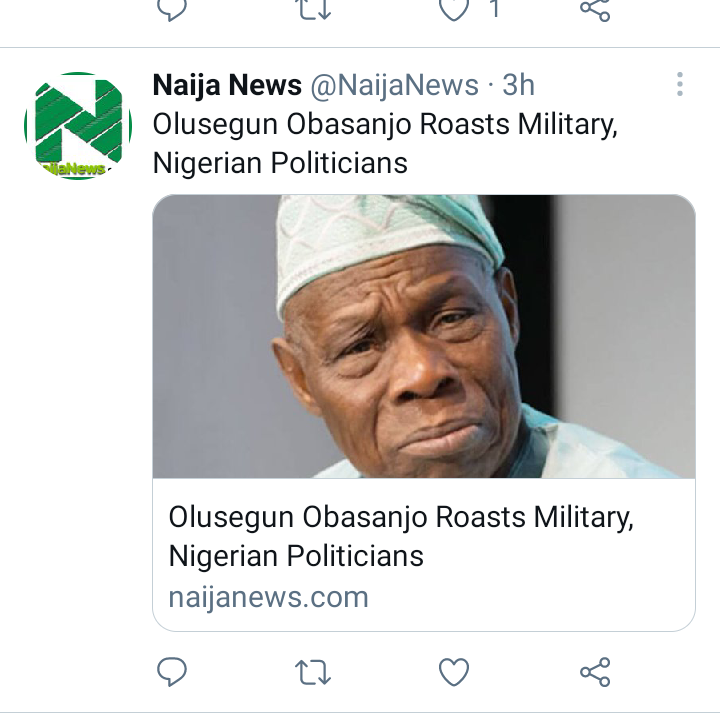 It's important to know that "Naija News" reported that this was made known in a statement by the former president’s media aide, Kehinde Akinyemi.

However, Obasanjo was speaking on Tuesday when he played host to the new President of the National Union of Local Government Employees (NULGE), Comrade Akeem Olatunji Ambali, at his Olusegun Obasanjo Presidential Library Penthouse residence, Abeokuta.

According to Obasanjo, the rot started with the military heads who wanted to have local government councils in their respective areas,.

The former Military Head of State added that the political class also took the rot further with their corrupt practices.

So, what do you think about these statements released by the former president of Nigeria?.

As His SSA Is Arrested In US, Meet 3 Gov. Abiodun's Aides Who Have Been Accused Of Serious Crimes

Video: “People Of Jerusalem, We Want You To Cut Off The Heads Of The Jews With Knives” — Hamas

Come Out With Evidence Of Marriage, Popular Actress, Lizzy Anjorin, Tells Her Rivals