By HubQueen (self meida writer) | 1 months 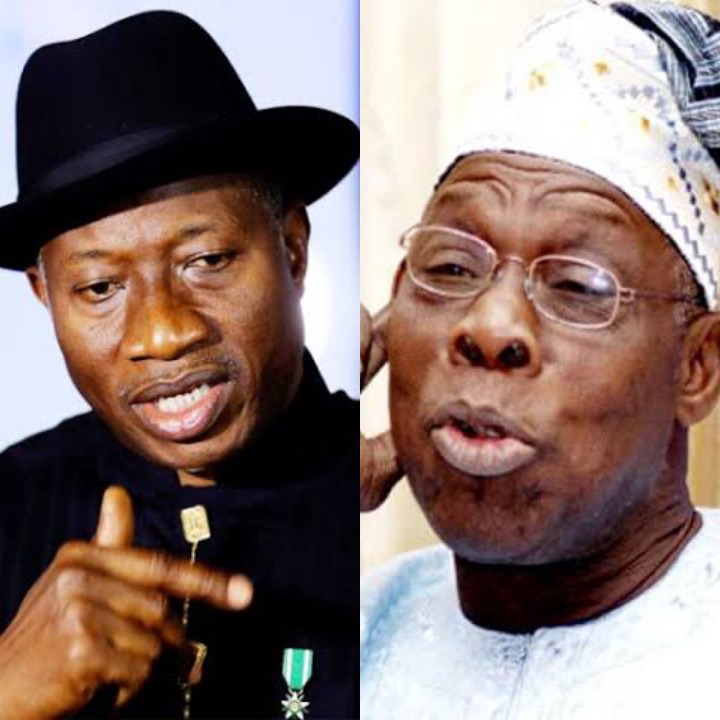 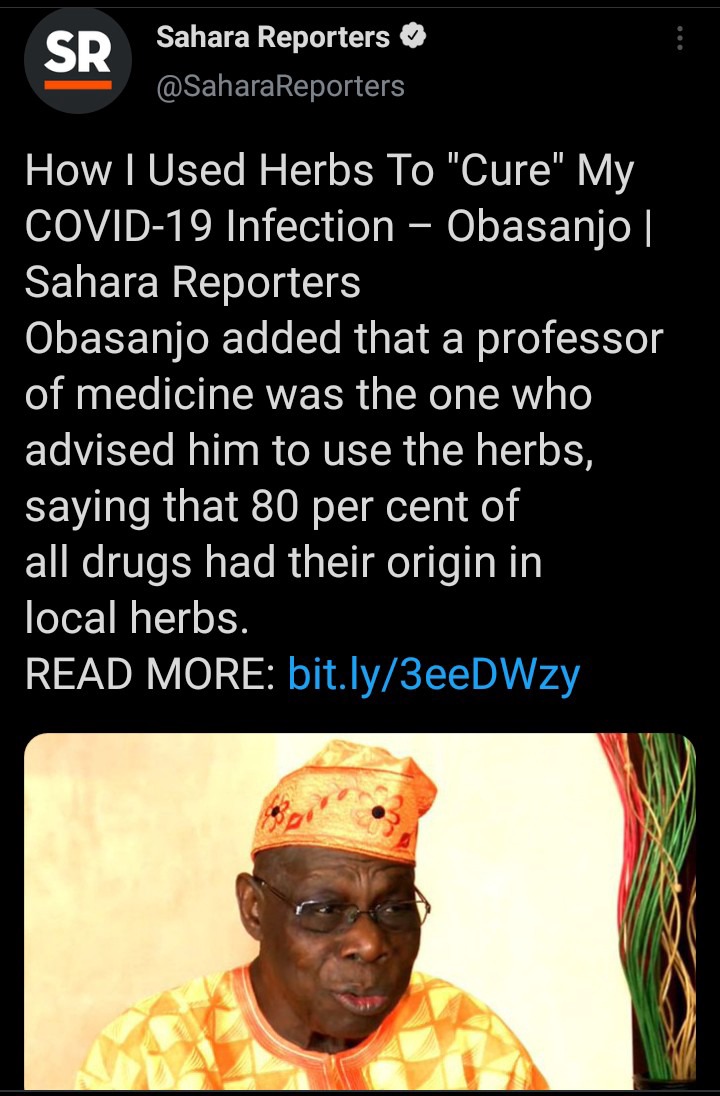 A former president of Nigeria, Olusegun Obasanjo, who recently revealed he contracted the deadly novel coronavirus has given an insight into how he recovered from the virus without visiting any hospital.

The Ex Nigerian president revealed that he used herbs to cure his Covid 19 infection, having been advised go use it by a professor of medicine, saying that 80 per cent of all drugs had their origin in local herbs.

The ex President revealed this at a colloquium which took place in honor of his 84th birthday in Abeokuta. The event which was themed "Reflection on Governance and Changes for Post-pandemic Leadership in Africa." attracted a lot of guests who participated virtually from all over the world.

He said, "I used herbs because a professor of medicine told me that herbs should not be ignored. He said 80 per cent of drugs had their origin in local herbs.The herbs will boost your immunity. A professor told me that every living thing has an inbuilt process of healing. While doctors care, God does the healing." 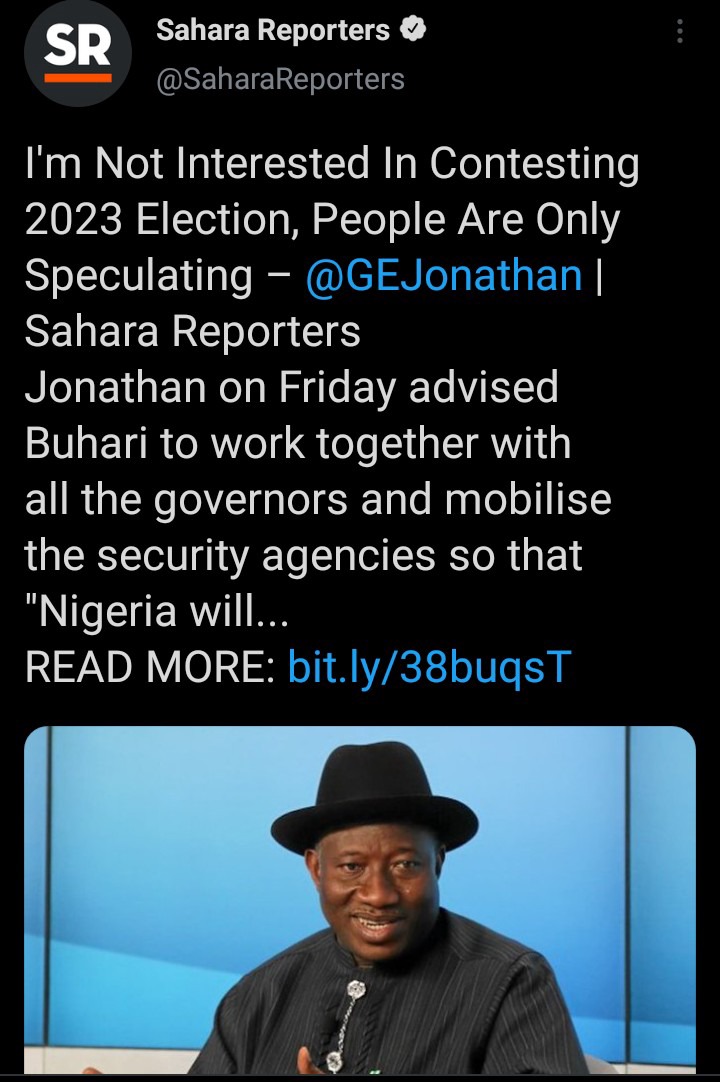 Immediate past President of Nigeria, Goodluck Jonathan has rubbished rumors emanating from some corners that he is gearing up to contest the presidential elections come 2023.

The former president who stated this while on a condolence visit to the governor of Delta State, Sen. Ifeanyi Okowa over the death of his Father Sir Okoroe Okowa opined that reports of him willing to contest the presidential elections in 2021 were baseless rumors and mere speculations.

He said, "On the rumour of my interest in the 2023 presidential election, it is mere speculation. I will continue to serve God, humanity, Africa and the world to the best of his ability and with all sense of commitment and sincerity." 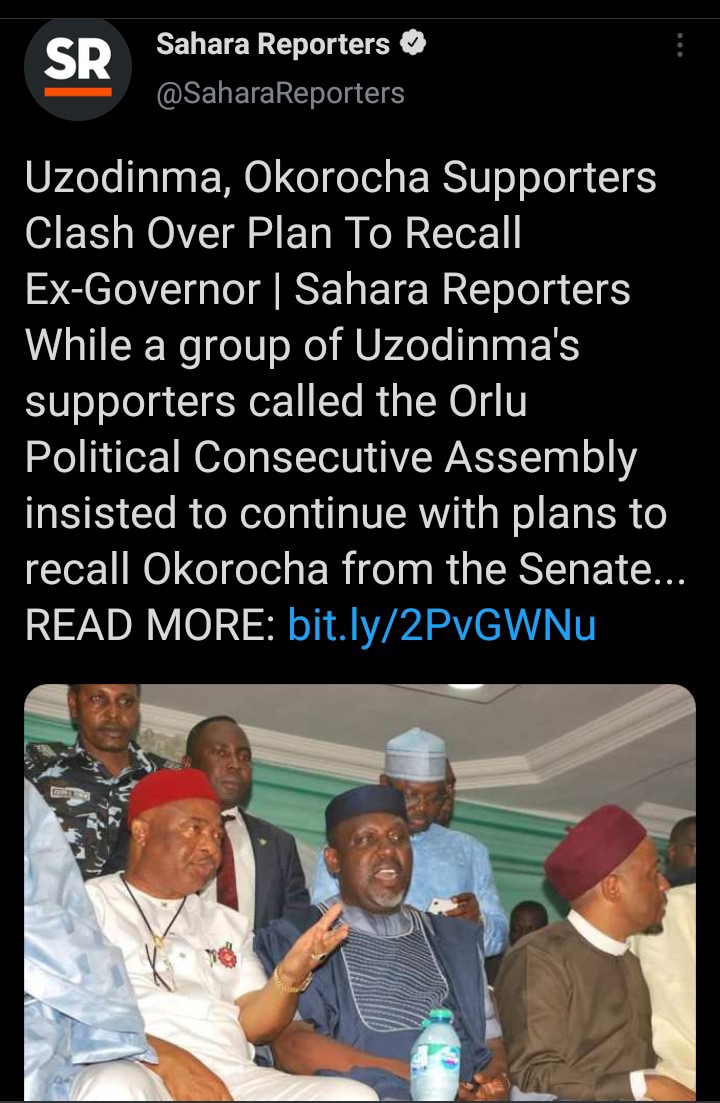 The last may not have the been heard on the ongoing crisis in Imo State between the Former Governor of the State and Senator representing IMO West Senatorial District, Rocha's Okorocha and current governor of Imo State, Hope Uzodinma as supporters of the governor and his predecessor have clashed over plans to recall Okorocha from the national Assembly.

According to reports, a group of Uzodinma's supporters called the Orlu Political Consecutive Assembly are to continue with plans to recall Okorocha from the Senate while the Association of Orlu Women for Good Governance has pleaded with Uzodinma not to spend state resources to recall the Senator.

The Association of Orlu Women for Good Governance through its president, Mrs Bailia Chibuike in a statement said "The government of Chief Hope Uzodinma should face governance and provide the dividends of democracy for Imo people and leave Okorocha alone."

On the other hand, the Orlu Political Conservatives Assembly (OPOCA) has vowed to go ahead with its plans to recall the embattled Senator.

The sspokesperson of the assosciation, Mr Modestus Nwamkpa, who is also the Senior Special Assistant to the Governor on Print Media, said "Now, the question is: why does OPOCA want to recall Okorocha? It is said that he who obstructs the beehive's peace should endure the pains of the bees' stings.Okorocha has crossed the red line. He has touched the tail of a sleeping tiger and the resultant effect is what he is currently facing – recall."

2023: Top 4 Politicians That Could Emerge As APC Presidential Candidate

Today's Headlines: Orji Kalu Breaks Silence On Attacks In Abia, Gani Adams Says He Is In Full Support Of Self-Determination