The apex Igbo socio-cultural organisation Ohaneze Ndigbo has warned non-indegnes living in the Southeast to erase "no man's land" mindset in their minds. Prof. George Obiozor who is the President General of Ohaneze Ndigbo worldwide made this statement in Enugu yesterday during a press conference. The new Ohaneze Ndigbo President who replaced John Nwodo said “Once more, I state that there is no No Man’s land in Igbo land. Land is a very sensitive issue in Igbo land because land has owners including some Igbo Deities. 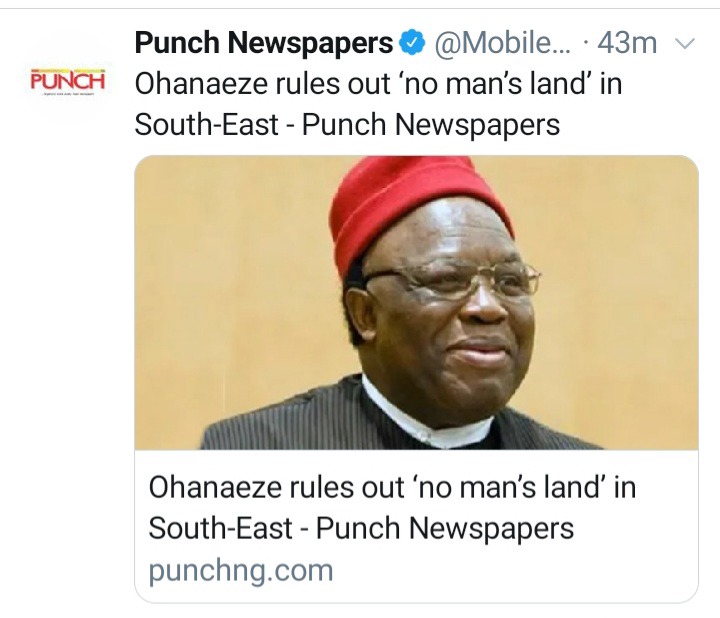 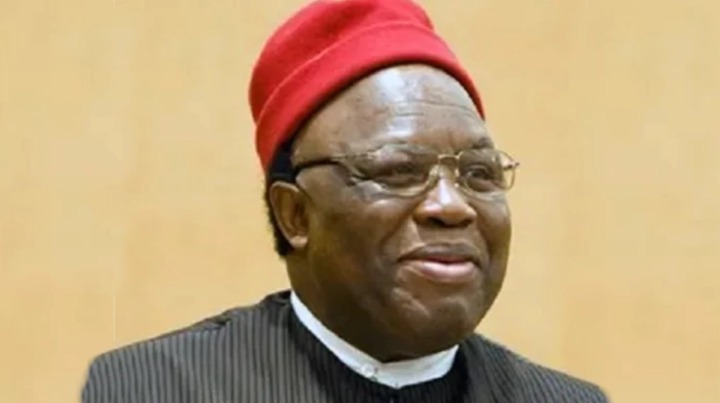 Those encroaching on land in Alaigbo are provoking our people and our Deities.” From the statement of the Ohaneze Ndigbo President, one can deduce that he is strongly against those who want to encroach into people's land in Igboland. On the newly established security outfit, EBUBEAGU in Igboland, Prof Obiozor described it as a welcomed development adding that he will support the Southeast Governors in achieving their aim. This statement of Prof. Obiozor on land encroachment won't be unconnected with the activities of some herdsmen in the country and the idea to setup ranches for them. Speaking further, the Ohaneze Ndigbo President added that Nigeria is passing through its worst times with issues of banditry, terrorist attacks, agitation for secession. It could be recalled that Owerri, the capital of Imo State was attacked by some gunmen in recent times during which some inmates at Owerri Correctional Centre were set free and also the Nigerian Police Command Headquarters in Owerri was attacked. Some Nigerians who reacted to the statement of Prof. Obiozor had the following to say on Twitter. 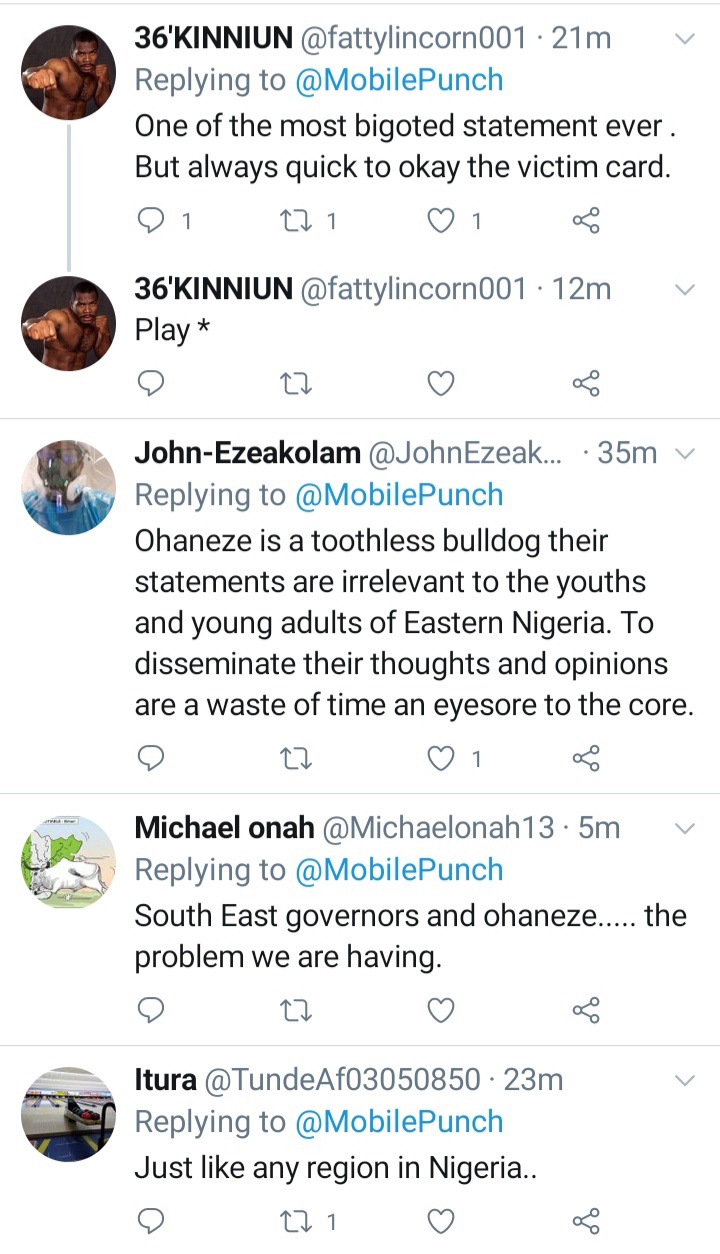