Underground move by the Senate President to contest for the next Presidential Election.

By MhizSarahUnoke (self media writer) | 2 years ago

Ahmed Lawan, who happens to be the Senate President in Nigeria, has began some Underground Moves To Contest 2023 Presidential Election under the platform of the All Progressive Congress (APC).

There have been a leaked disclosure of this intention from top sources within the APC members.

They also disclosed that this decision was the main reason why Lawan had nominated Governor Mai Mala Buni of Yobe state as the Chairman of the Caretaker/Extraordinary Convention Committee of the party.

It was gathered and also discovered that the position of Lawan is one that will greatly aid him for his pursuit of the presidential candidate as he is one of the major contenders for the presidential ticket of the APC party if the party eventually decides to make open to candidates the contest for its ticket. 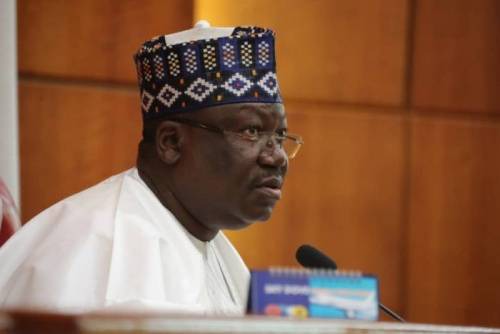 According to Sahara Reporters, they had a reliable information that different consultations is now on ground to make Lawan's goal of becoming the next Nigerian President a success.

Although the views from the members are divergent as they are pushing for it to be zoned to the South.

The APC leadership has also refused to give any comment on the issue when they were contacted.

Do you think this is a mere rumor or the Senate President is actually eyeing the presidential sit for 2023? let us know what you think on the comment box.