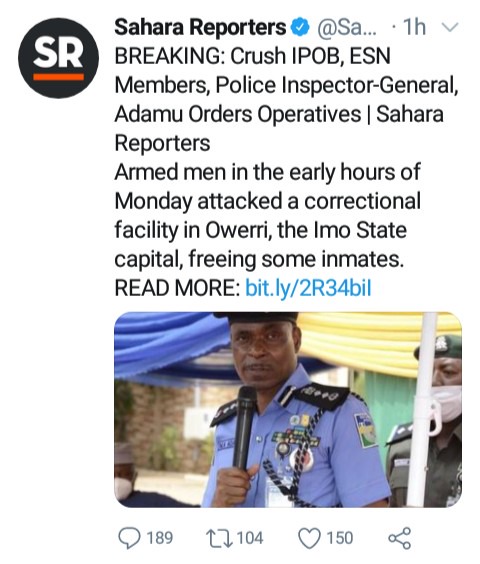 The Inspector-General of Police, Mohammed Adamu has ordered operatives to be ruthless against members of the proscribed Independent People of Biafra (IPOB) and its Eastern Security Network.

Adamu gave the order on Tuesday when he visited Imo state.

SaharaReporters had reported how armed men in the early hours of Monday attacked a correctional facility in Owerri, the Imo State capital, freeing some inmates.

They also proceeded to the state police headquarters where they set ablaze the building and destroyed all vehicles within the vicinity.

Speaking shortly after visiting the facilities, Adamu said police officers must use their weapons against the IPOB members and crush them to the last man. 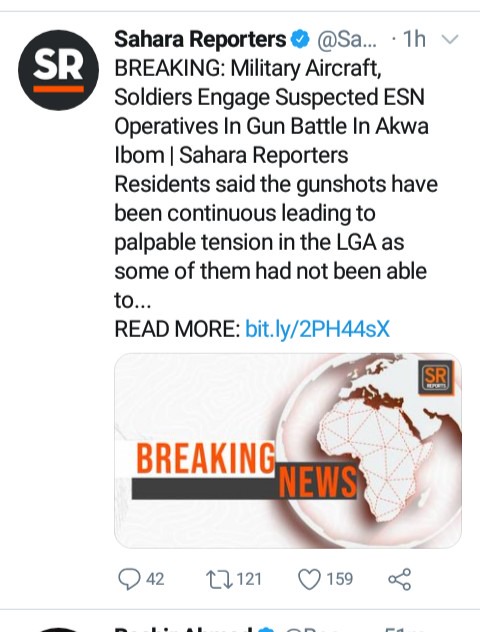 Military fighter aircraft, Nigerian Army and police personnel are currently in the Essien Udim Local Government Area of Akwa Ibom State, engaging the operatives of the Eastern Security Network in a gun battle.

SaharaReporters learnt that there are ongoing gunshots and tension in the LGA as residents report attack helicopters hovering round their locations in obvious search of the ESN operatives.

Residents told SaharaReporters that the gunshots have been continuous leading to palpable tension in the LGA as some of them had not been able to go about their normal business since morning. 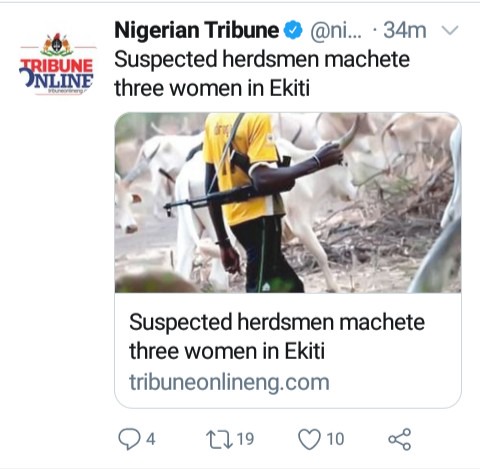 The arm-wielding attackers who were said to be six stormed the farm settlement in the early hours of Tuesday and unleashed mayhem on the three farmers, who sustained life-threatening injuries from the attack.

A source who spoke with Tribune online said the victims were rushed to the Ikole General Hospital, where they are currently receiving treatment.

The source added that the herders demanded money from the victims but were furious after the women failed to give them the money required and prevented attempts to rape them.

Striking Doctors To Meet With House Of Representatives Committee 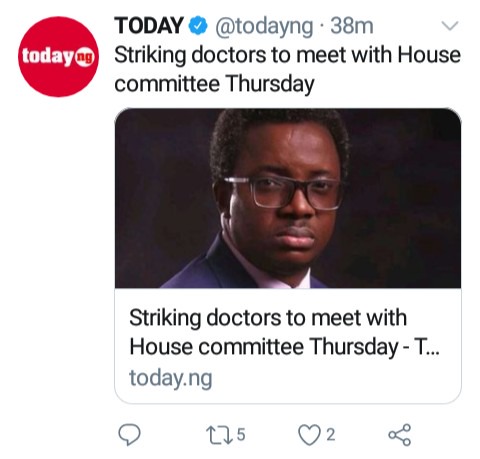 The leadership of the striking resident doctors under the umbrella of National Association of Resident Doctors (NARD) has been summoned by the House of Representatives Committee on Health next Thursday to discuss issues relating to their ongoing industrial action.

The President of NARD, Uyilawa Okhuaihesuyi, who confirmed the meeting to THISDAY in a telephone conversation yesterday, however, said the association was yet to receive any invitation to resume talks with the federal government over their strike, which is now in its fifth day.

When asked about the update on their strike, Okhuaihesuyi said: “We heard that there may be a meeting with the federal government after the Easter holidays, but we haven’t been officially notified. We have been invited by the House of Representatives Committee to a meeting next Thursday.” 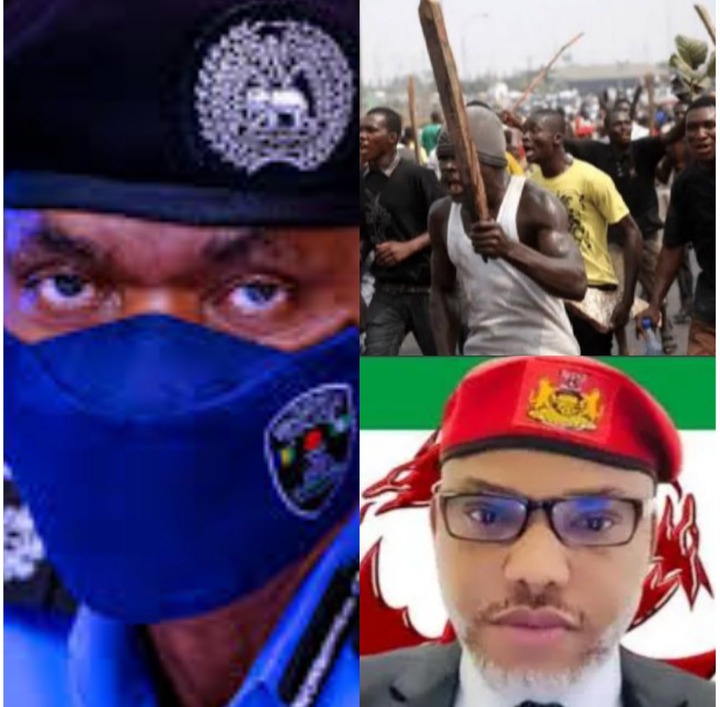