By Garbxtpen (self media writer) | 17 days ago 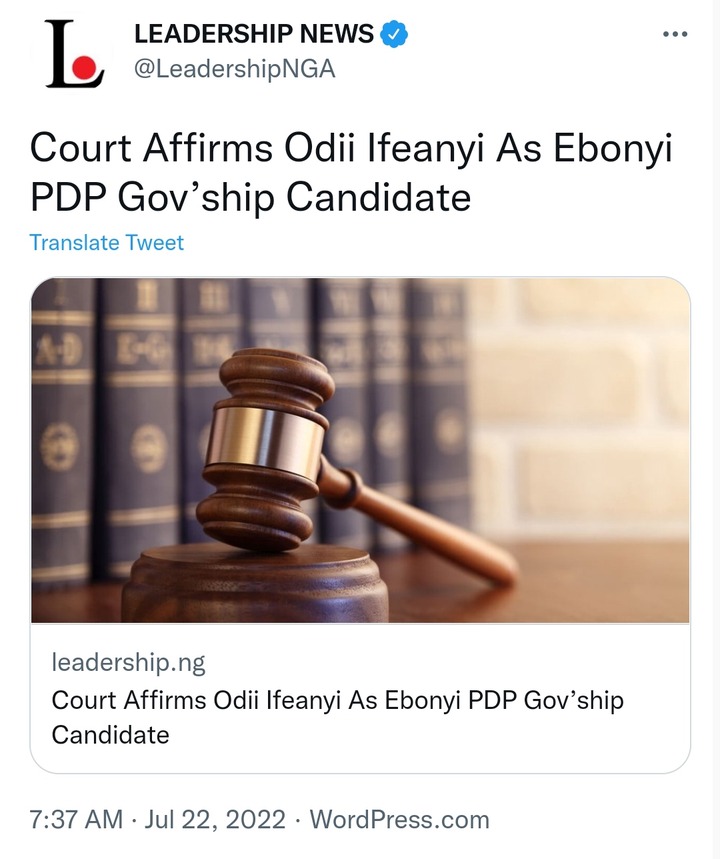 A Federal High Court sitting in Abakaliki, the Ebonyi State capital, has mandated the Peoples Democratic Party (PDP) to transmit the names of the candidates that emanated from its primary held on May 28 and 29, 2022 to the Independent National Electoral Commission (INEC) without delay.

Justice Fatun Riman gave the order in his judgement in a suit marked: “FHC/AI/CS/105/2022” brought by Chief Chukwuma Odii Ifeanyi against the PDP, INEC and Senator Obinna Joseph Ogba.

By the judgement, Ifeanyi is now the legally recognised PDP governorship candidate in the state. The court further granted a declaration that the PDP could not have held any valid House of Assembly, House of Representatives, Senate primaries in Ebonyi State on 4/6/2022 and 5/6/2022 and Governorship primary election on 5/6/2022 in Ebonyi State.

Wike, Others Resolve To Remain In PDP 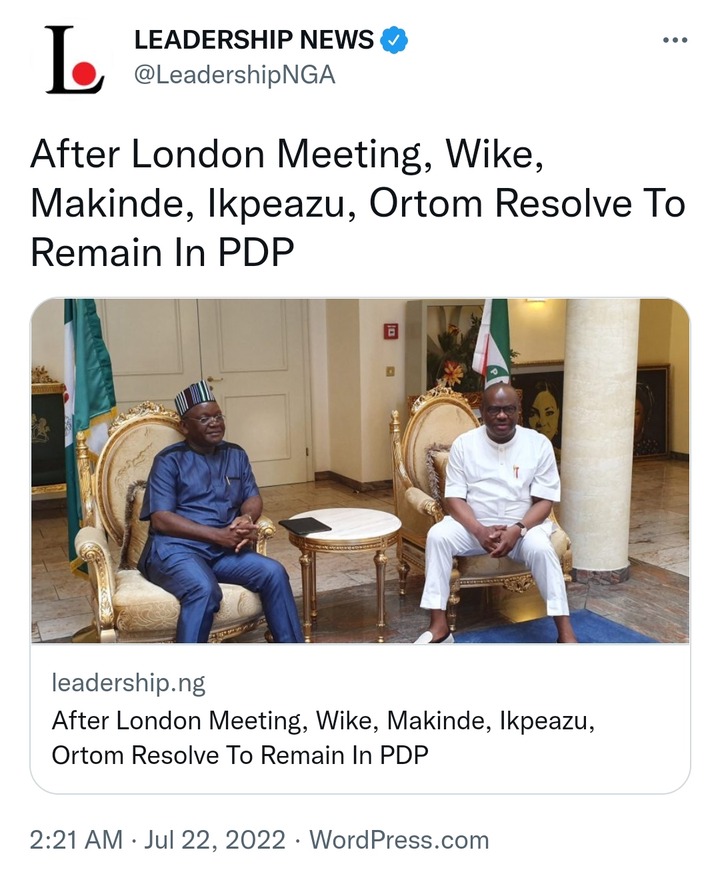 Benue State governor Samuel Ortom has said his Rivers State counterpart Nyesom Wike and other Peoples Democratic Party (PDP) governors who were aggrieved over the presidential running mate saga would not dump the party.

Ortom said Wike and the other governors agreed after a meeting in London that they won’t defect from PDP. Atiku’s choice of Delta State governor Ifeanyi Okowa had infuriated Wike and some of his colleagues. Wike had emerged a favourite of key members of the party to emerge Atiku’s running mate.

He also said the PDP presidential candidate, former vice president Atiku Abubakar has agreed to reach out to Wike to pacify him over the saga. Ortom added that Atiku asked him to persuade Wike for the reconciliation meeting to hold.

Stressing that he would be pacified, when Wike is pacified, the Benue State governor added that Wike remains a factor in PDP having sustained the party all through the period most party members left. 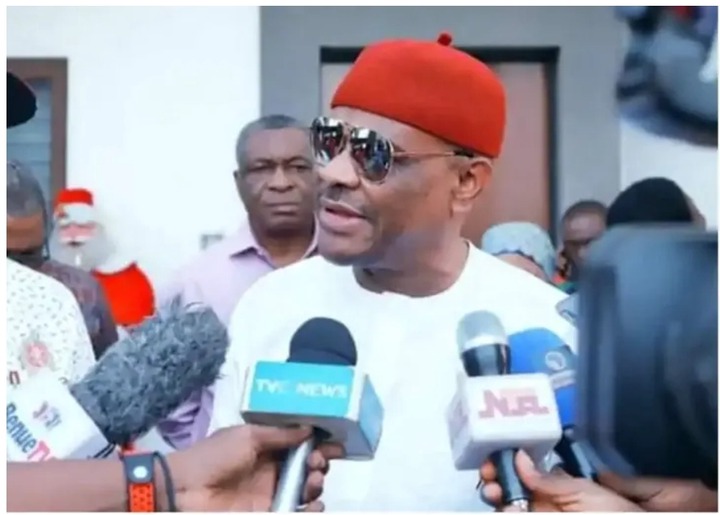 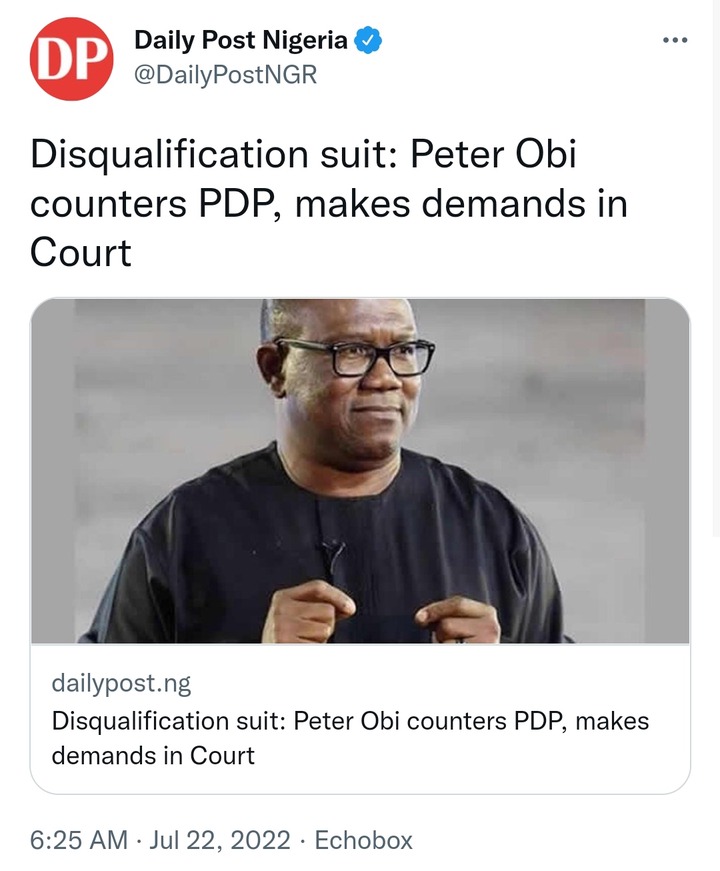 Dr. Peter Obi, the Presidential candidate of the Labour Party, LP, has responded to the suit filed before a Federal High Court in Abuja by the Peoples Democratic Party, PDP, seeking his disqualification from contesting for the 2023 election.

Obi, in his response, wants the court to dismiss the PDP suit seeking his disqualification for nominating his campaign manager, Doyin Okupe, as his placeholder.

DAILY POST reported last week that the PDP had approached the court, asking it to stop Obi from replacing Okupe as his running mate.

The main opposition party further requested the court to prevent Bola Ahmed Tinubu, the standard bearer of the ruling All Progressives Congress, APC, from replacing Kabiru Masari as his running mate. 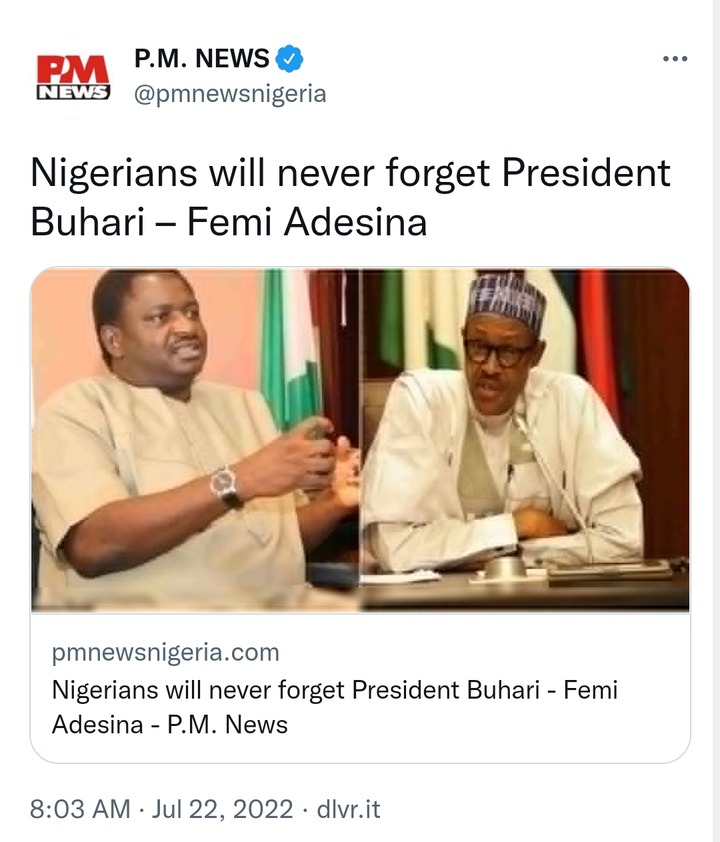 Femi Adesina said fair-minded Nigerians will always remember President Muhammadu Buhari as the man who made a difference on many fronts, particularly in the area of free and fair elections.

The Special Adviser to the President on Media and Publicity stated this in his article titled “OSUN: BUHARI DOES IT AGAIN.”

According to him, APC could have won the July 16 governorship election in Osun State if federal might were deployed by the president.

Femi Adesina, in the article, also replied to critics who mocked him and other top APC politicians who are from Osun State.