By OmoobaAlekuwodo (self media writer) | 25 days ago

The controversy surrounding whom to be recognised as the duly elected governorship candidate of the main opposition party, Peoples Democratic Party (PDP), in Kano State has been laid to rest as the Independent National Electoral Commission (INEC), take position. 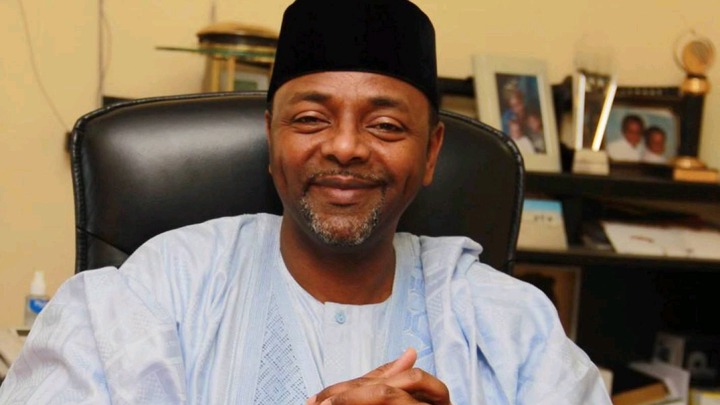 The position of the Independent National Electoral Commission (INEC) was attributed to the claim that "the commission, only, sent their observers to the governorship primary that was conducted by the Shehu Sagagi's faction of the opposition Peoples Democratic Party (PDP) in Kano State.

Professor Risque Shehu recalled that since Shehu Sagagi was the legally recognised State party chairman of PDP in Kano State, the commission has no business in supervising other governorship primary that was conducted by the parallel members of PDP in Kano State which produced Sadiq Wali.

Professor Risque Shehu recalled that the Sadiq Wali's PDP faction in Kano State came to the commission to inform them that they were sent from Abuja for the governorship primary of the party in the state, but they approached the commission with a letter that did not clearly show anywhere as the location of the primary. So, the commission did not know any exact location to go, in the course of observing the primary.

However, Professor Sadiq insisted that, aside from the fact that Shehu Sagagu was the legally recognised State party chairman of Peoples Democratic Party (PDP) in Kano State, his faction of the PDP approached the commission with a Letter that, clearly, shown the location of the primary and the commission attended the primary for observation.

Going by the above facts, the Independent National Electoral Commission (INEC) has, therefore, recognised Muhammad Abacha as the authentic governorship candidate of PDP in Kano State.

It could be recalled that both Sadiq Wali and Muhammad Abacha had been laying claims to the governorship ticket of PDP in Kano State, unfortunately, after they were both produced from parallel governorship primaries that were conducted in the state.