Governor of Zamfara State, Bello Mohammed says there is need for security forces to concentrate efforts in the state, being the epicenter of banditry in Nigeria.

He said this while hosting the Inspector General of Police, Mohammed Adamu in Gusau the Zamfara State capital.

The governor suggests a coordinated approach by security operatives in the ongoing war against banditry.

He wants them to block the bandits’ routes and restrict them from moving from one state to the other.

He calls on President Muhammadu Buhari and the Inspector General, Mohammed Adamu, to initiate a sincere dialogue with the bandits.

He believes it is one of the solutions to the security crisis in the country.

The Inspector General of Police, Mohammed Adamu says, they are in Zamfara State at the instance of President Muhammadu Buhari, who is concerned about the prevailing insecurity being faced in the country. The Senate President Ahmad Lawan, has applauded the Federal Government’s back to Farm initiative powered by The National Agricultural Land Development Authority (NALDA).

Speaking at a meeting with the Executive secretary NALDA, Paul Ikonne in Abuja, the Senate President lauded the initiative and pledged to encourage the National Assembly to identify with the Back to Farm initiative, as it moves round all states and LGAs of the federation.

On his part, the NALDA Boss Paul lkonne said time has come for Nigerians to see farming as sustainable business, appealing for the buy in of NASS and its constituents by ensuring the provision of Lands in all LGAs of the Federation.

Ikonne explained that NALDA is set to engage all stakeholders in the Pilot programme scheduled to begin soon, adding that Farm Lands across the country will be prepared in clusters using state of the art technologies and drives in a sustainable manner for the benefit of all Nigerians. 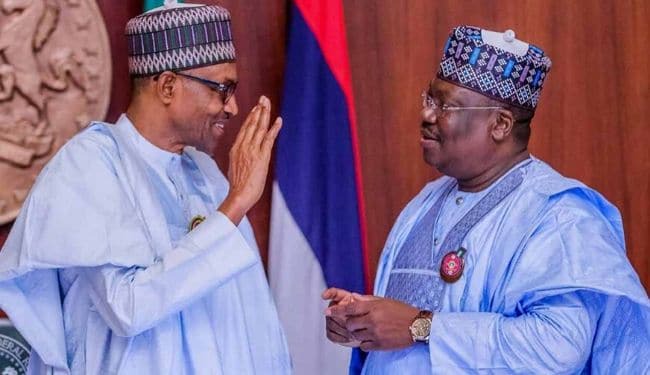 The National Assembly has expressed worry over the recent conduct of some government officials in the Executive Arm, whose behaviours the leadership of the Legislature considers uncooperative.

Senate President, Ahmad Lawan expressed this On Thursday while speaking to State House Correspondents after a closed-door meeting with President Muhammadu Buhari at the Presidential Villa Abuja.

Lawan, who was in the Villa in company of the Speaker of the House of Representatives, Femi Gbajabiamila, noted that the current National Assembly has had a cordial relationship with the Executive Arm, citing the atmosphere provided by the President as reason.

He noted that the cordial relationship between the Executive and Legislative Arms would remain smooth to deliver quality leadership to Nigerians.

He, however, said though the National Assembly would not continue to tolerate indiscrete attitudinal displays from appointees of the President, It would not define its relationship with the President by the misdemeanor of one appointee. 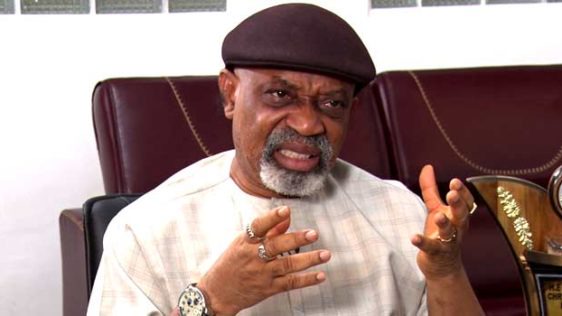 This comes as the management team led by Adebayo Somefun, insisted that it got approvals for its training programmes and procurement of goods and services.

He explained that he had only attended the annual International Labour Conference (ILC) and the International Social Security Association (ISSA) once each since he was appointed and denied claims of frivolous spending levelled against him.