What the Newspapers are Saying; Latest News in Nigeria

38 applicants for digitalized C of O under the Oyo State Home Owners Charter (OYHOC) scheme on Monday got their documents from the state govt. (Tribune)

The Ekiti State Government said it would from today begin aggressive enforcement of compulsory use of face masks and observation of physical distancing. (Guardian)

The Federal Government (FG), on Monday, disclosed plans to put up for sale, 216 non-core power assets in the Nigerian Electricity Supply Industry (NESI). (Reports by Tribune)

The Police Command in Niger has arrested one Umar Ahmed, 46, of Unguwar Gwari, Suleja for alleged perpetrating cruelty in the name of seeking Islamic knowledge. (Guardian)

Compensation list for Taraba stalls 3050MW Mambila Project: “That is where we stopped because the state government is supposed to assign other tasks to us since land is vested on state governments.” (The Punch)

Federal Government, on monday denied that it approved an extension of service for any retiring officer in public service. (Tribune)

PDP Primary: Ondo Deputy gov not a threat says Jegede- “I contested against his boss, Mr Rotimi Akeredolu, in 2016 and I came second.” (The Punch)

The fifth season of the Big Brother Naija show premiered yesterday, July 19, 2020. The show’s premiere gave us all the feels-head-turning. (Tribune)

“The Association of Retired Career Ambassadors of Nigeria paid a courtesy call on the minister last Thursday and those who were part of the meeting have resolved to obey the COVID-19 regulations by going into isolation and taking the COVID-19 tests.” (The Punch)

Breaking: Akerefolu wins APC Primary Election in Ondo: In the results so far, Akeredolu won in all the local government areas of the state, defeating seven other aspirants. (The Punch) Shehu said this in a statement titled “President Buhari mourns friend, political associate, Isma’ila Isa Funtua” and made available to journalists. (The Punch) 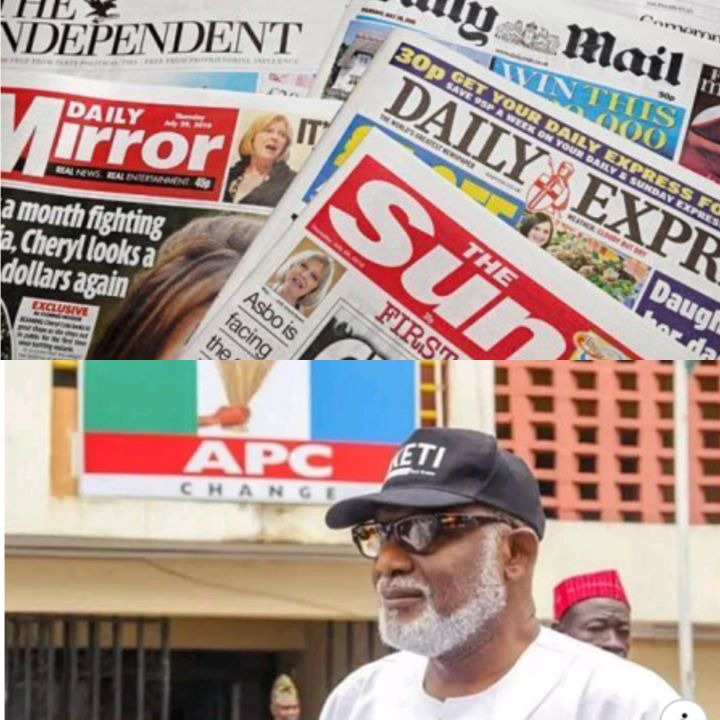