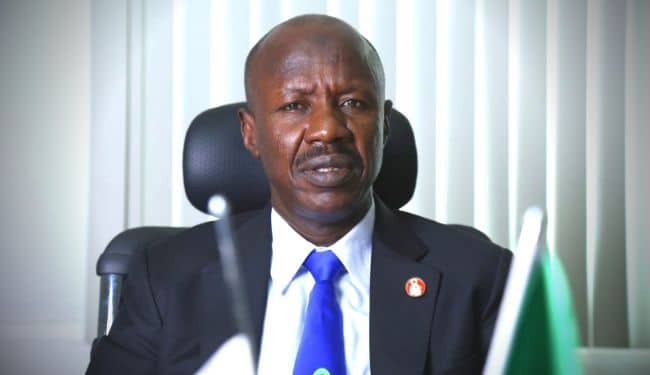 The suspended acting Chairman of the Economic and Financial Crimes Commission (EFCC), Ibrahim Magu, has been released.

He was released on Wednesday evening after spending 10 days in detention.

Magu, who was arrested on July 6, had been questioned severally for alleged malfeasance by a presidential panel headed by a former president of the Court of Appeal, Justice Ayo Salami.

Magu was accused of re-looting recovered assets and insubordination by the Attorney-General of the Federation and Minister of Justice, Abubakar Malami.

Following his arrest and subsequent interrogation for alleged abuse of office, President Muhammadu Buhari last Friday suspended Magu and appointed Mohammed Umar to oversee the affairs of the commission pending the conclusion of the investigation of allegations against the anti-graft czar.

2. Schools in Ekiti State to reopen on August 3 for final year students Ekiti State Government has announced that schools will reopen in the state on August 3 for pupils and students in graduating classes.

The commissioner for Education, Mr Foluso Daramola who made this known to newsmen in Ado Ekiti, said commissioners for Education in the south-west held a virtual meeting where each state was told to plan for schools resumption.

He explained that pupils in Primary 6, and students in JSS 3 as well as those in SSS 3 are to resume on the third of August.

He advised parents and guardians to provide three face masks for their children and wards while government would make available all protective materials needed to fight covid- 19 by the public schools. 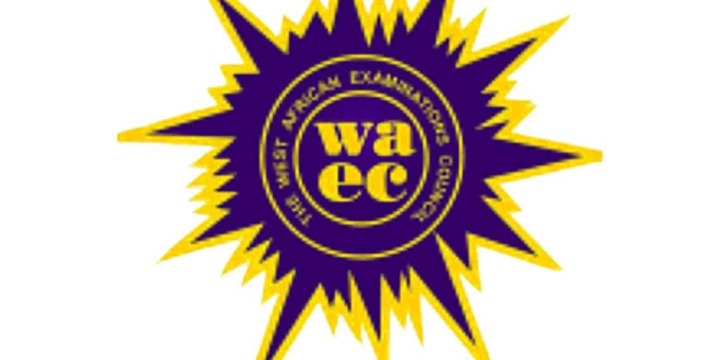 This was disclosed to State House Correspondents by the Minister of State, Education Emeka Nwajiuba at the end of the eighth virtual Federal Executive Council (FEC) meeting in Abuja on Wednesday.

4. ‘It’s not yet time to retire’ — N’assembly clerk fights back

A letter signed by the chairman of the Commission, Ahmed Amshi after its 497th meeting held on Wednesday in Abuja said the commission has approved the immediate retirement of staff of the National Assembly Service who have already attained the retirement age of 35 years of service or 60 years of age.

Amshi says, Retirement letters would be issued to the affected staff accordingly.

The resolution, meant that Sani Omolori and 150 top management staff were expected to benefit from this decision. The Governorship Candidate of the All Progressives Congress, APC, in the September nineteen Election, in Edo State, Osagie Ize Iyamu says he is contesting to becoming the governor of the state because of his passion and zeal to transform the state to a destination of choice.

Ize Iyamu disclosed this while analyzing and disecting the workability of his SIMPLE AGENDA Manifesto in the Assemblies of God church, Uromi and the APC secretariat in Esan north East local government area of Edo State. 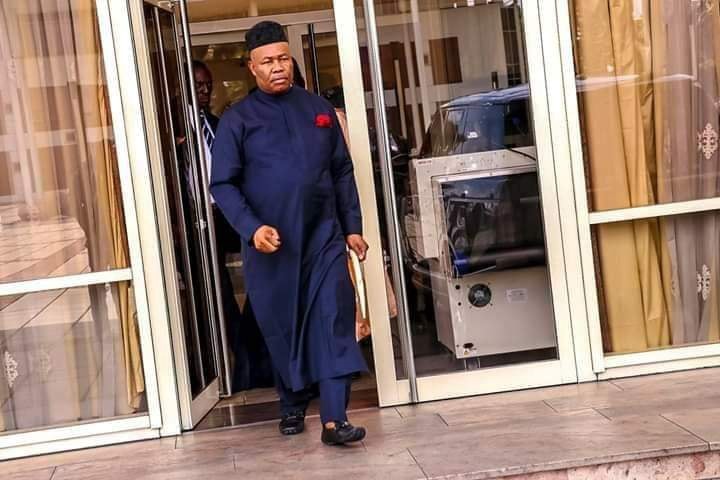 Minister of Niger Delta Affairs, Senator Godswill Akpabio has debunked several claims against his person by the erstwhile Acting Managing Director of the Interim Management Committee of the Niger Delta Development Commission, (NDDC), Ms Gbene Joi Nunieh, describing the claims by the former NDDC boss as a cornucopia of false, malicious, and libellous.

Akpabio in a statement issued Wednesday by his Special Adviser on Media, Anietie Ekong, said the press interviews granted recently by Nunieh and published in the media and social media platforms, are concerted vicious campaigns of calumny deviously orchestrated by her against his person ranging from allegations of corruption, sexual and workplace harassments, pipelines bombings, secret cult activities, abuse of office, amongst other lies peddled by her.

He said Nunieh’s attacks are both personal and sponsored, adding that those afraid of the truth, and who wish to bury it from seeing the light of the day, are strenuously behind Nunieh’s vicious campaign of calumny.

He also disclosed that Akpabio has taken steps to instruct his lawyers to seek necessary redress in a court of competent jurisdiction on his behalf over the defamatory statements made by Nunieh.

The minister while encouraging all Nigerians to hold their leaders to account, urged them to take their time to sift between the chaff and the substance before embarking on far-reaching allegations, opinions and views.

Akpabio said he is committed to the mandate from President Muhammadu Buhari to unearth alleged looting and financial misappropriation that had gone on at the NDDC since its inception in 2001 through the forensic audit of the NDDC and will not be deterred or distracted from that goal.

The statement disclosed that “the aim of the campaign of calumny is simpler get Senator Akpabio out, kill the forensic audit, and continue business as usual at the NDDC.”

8. Adesina says Magu’s investigation is a credit to Buhari’s administration 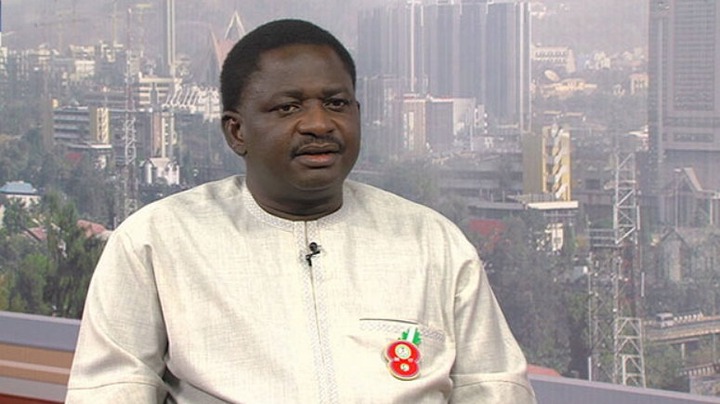 Adesina says Magu’s investigation is evidence that no one is above the law.

Femi Adesina, Special Adviser to President Muhammadu Buhari on Media and Publicity says the investigation of the suspended acting Chairman of the Economic and Financial Crimes Commission (EFCC), Ibrahim Magu is a credit to President Buhari's administration.

The suspended EFCC boss was arrested on Monday, July 6, 2020, over corruption allegations levied against him by the Attorney General of the Federation and Minister of Justice, Abubakar Malami.

Asked if it was legal to detain Magu for over a week, Adesina said he could not comment on legal matters because he’s not a lawyer.

The president’s spokesperson, however, maintained that Magu was only invited to tell his side of the story, adding that the investigation was a credit President Muhammadu Buhari’s administration.

He further said that Magu’s investigation is evidence that no one is above the law.

However, Magu’s lawyer, Tosin Ojaomo, who was also on the programme said the allegations against his client were false.

9. Magu: I was shocked when I read the ‘nonsense’ allegations against me

The panel is headed by Ayo Salami, retired president of the appeal court.

“They are nonsense. They are mere trump up allegations to tarnish my image and that of the EFCC. I did not steal or divert or convert funds to private use. I read the allegations and I was shocked,” Magu was quoted to have said.

“What I have gone through is a case of dog eats dog but I see it as one of those risks of the job… we must not give up in any way.”

Magu, who vowed to fight corruption till the end, thanked those who stood by him when he was in detention.

He asked Nigerians not to give up on the fight against corruption, saying: “Corruption kills a nation faster than any other thing.”

“I thank Nigerians for their support, they should not be discouraged. I am happy to be back, I believe the war against corruption is winnable,” he said.

“Whether I am EFCC Chairman or not, the anti-corruption war must continue.”

10. Popular Nollywood actor, John Okafor aka Mr Ibu, is of the opinion that the dreaded COVID-19 disease which has fast spread across the world and has claimed many lives is a scam and not present in Nigeria. 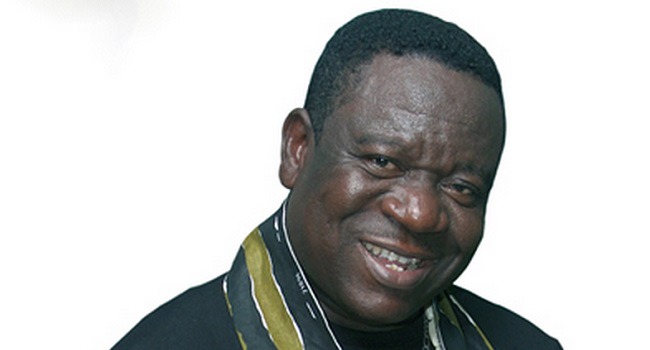 The thespian who revealed this in an interview with the Nation on Wednesday said that he does not believe that the virus exists in Nigeria nor does he care about the existence of the disease.

According to Mr Ibu, there is no reason why Nigerians should be involved in the scam as only those in Diaspora would have to partake in the devilish program which is being sold to the world.

He said; “Nigeria, we are not supposed to be involved in this COVID-19, I see no reason why we should be involved. Only Nigerians in diaspora will have to partake in this devilish program.

“We at home are oblivious, we are not supposed to be involved in any ceremony in trying to pretend or in trying to avoid. My brother, COVID-19 or 20 is not here, I don’t care.

“Why would China give us sickness and America embellish the technicality and then sell it to the world and people now begin to die when they know it’s killing. Thank God we have hot weather, the thing sef dey fear us.”