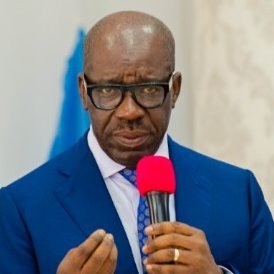 The Edo state gubernatorial election 2020 has become a tough topic to talk about, on the lips of everyone sings the possible outcome and prediction of the most anticipated gubernatorial election in Nigeria, especially in the year 2020. Due to the controversies and many-faced stories surrounding it, the candidates, parties and others.

The rally organized by Adams Oshiomole in his house today has sparked up different reactions from the opposition party. Adams Oshiomole gathered crowd in his residence at Edo state earlier today where they spoke about the forthcoming election and show their support for their party’s candidate, Pastor Ize-Iyamu. BBNaija 2020: See The Past Stories Of The New 20 Housemates

The Special Assistant on Media and publicity to the Edo state governor, Mr. Crusoe Osagie reacting to the gathering of crowd, stated that Adams Oshiomole had always been the pioneer of violent protests in the state, he stated that Adams Oshiomole pays people to go and protest, right from when he was the leader of the Labour Congress to the time he was the governor of the state.

Mr. Crusoe Osagie stated that, if the election would be carried out in peace, free and fair, the candidate of the All Progressive Congress, APC, Pastor Ize-Iyamu would not even get up to 30% of the total votes in Edo state, he showed confident in the People’s Democratic Party, PDP and their candidate, Godwin Obaseki. 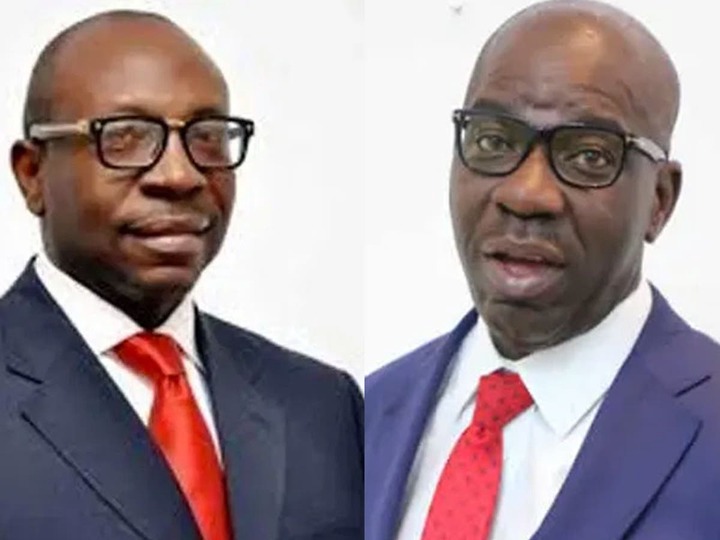 Crusoe called on relevant authorities such as the Independent National Electoral Commission, the presidency, the security agents and other authorities to monitor the affairs of the sacked national chairman of the All Progressive Congress, APC to be able to have a peaceful, free and fair election in the state come September.

“Adams Oshiomole has been the one leading and paying youths to carry out violent protets in Edo state, from the Labour Congress leader to when he was the governor of Edo state, and now, he has started the same thing. He should know that even 30% of the votes in Edo state will not go to the APC nor Pastor Ize-Iyamu.” He stated that relevant authorities should take note ans keep an eye on Adams Oshiomole, else the forthcoming elections may be tampered with. He called on the national electoral committee and security agencies to watch out for Adams Oshiomole.

“I call on the presidency, INEC and security agencies to keep an eye on Adams Oshiomole, the election is not for him, he should not lead his violent protests to disrupt peaceful elections planned by the authorities.” My Opinion: This Edo state governorship election has revealed so many things about politicians in the state, the only man who is still fighting tooth and nail to gain control over anyone that emerges the governor of Edo state is Adams Oshioole, from all that I have read and watched, I support Mr. Crusoe, Adams Oshiomole should be kept under watch.

The protests he organizes with money will not do any good to the people of Edo nor to the forthcoming elections. It would only cause trouble, uncertainty and chaos, Adams Oshiomole Should Be Watched.