By Gisting (self media writer) | 7 months ago 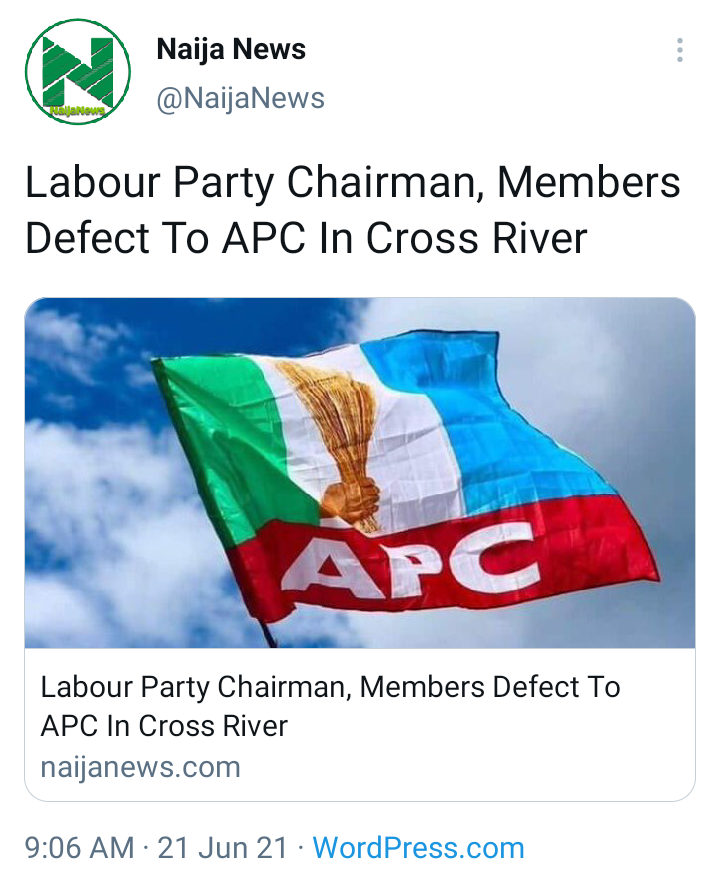 The Cross River State chapter of the All Progressive Congress, APC has witnessed a massive increase as Chairman of the Labour Party alongside some of his members defected to the ruling party.

The development was made public in a statement issued by the publicity secretary of APC, Bassey Ita.

Ita revealed that the defectors were received at the Marian Road Secretariat of the party by the State Chairman, Sen. Matthew Mbu Jr who was represented by himself. 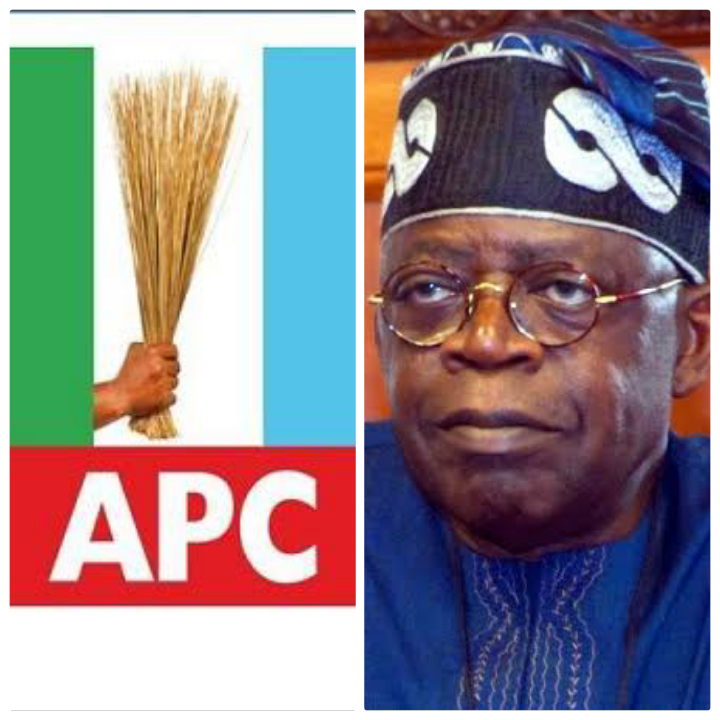 "Bola Tinubu Is Under Investigation" - EFCC 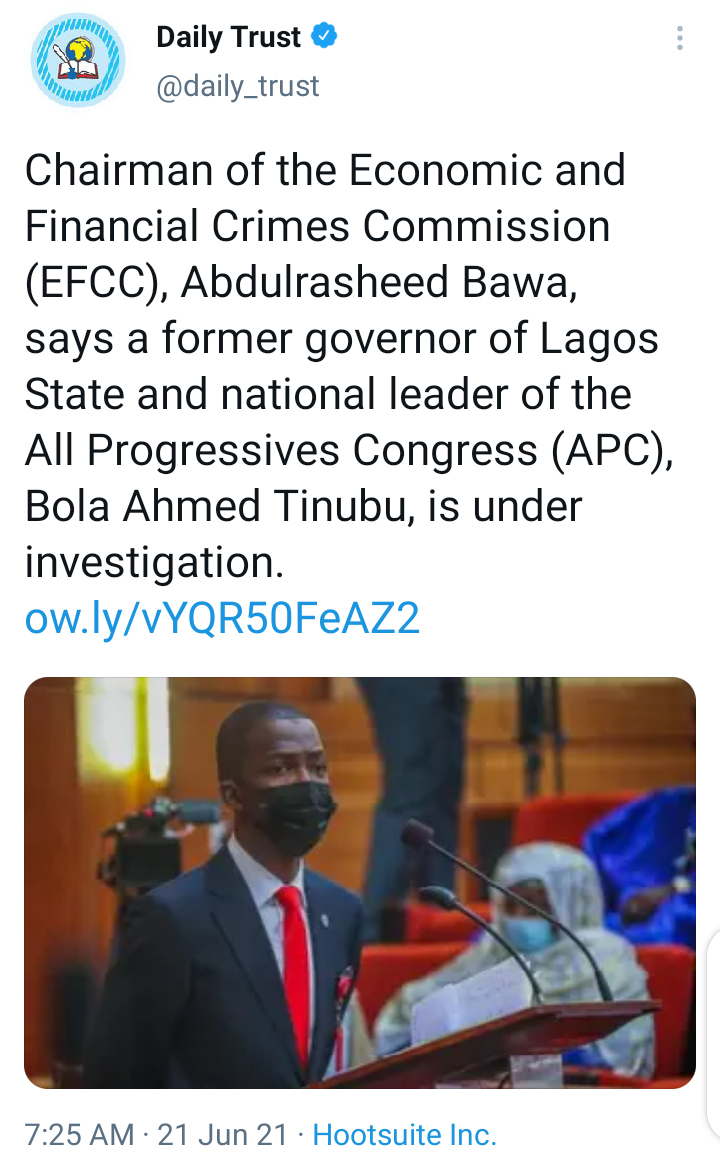 Chairman of the Economic and Financial Crimes Commission (EFCC), Abdulrasheed Bawa, says a former governor of Lagos State and national leader of the All Progressives Congress (APC), Bola Ahmed Tinubu, is under investigation.

In an exclusive interview published by Thisday on Sunday, Bawa said investigation does not end in a day.

Bawa was said to have requested for Tinubu’s assets declaration form when he was the head of Lagos Zonal Office. 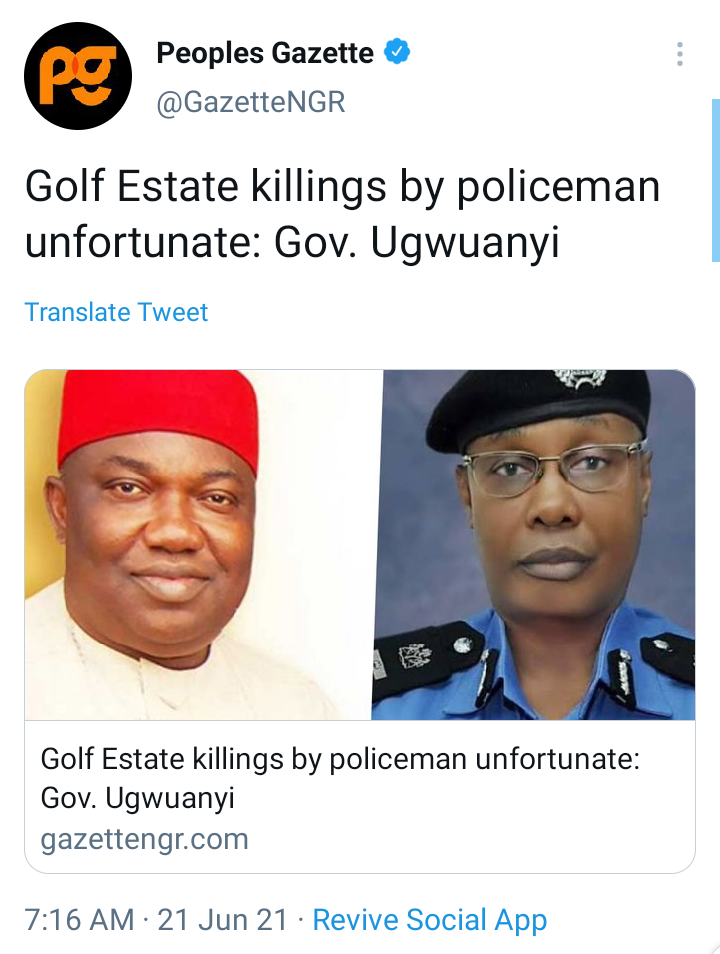 Governor Ifeanyi Ugwuanyi of Enugu has described the killing of five people in Golf Estate by a policeman as “sad” and “unfortunate.”

Mr Ugwuanyi said he was shocked by the violent attack resulting in the death of five people and others critically wounded.

The police command in Enugu confirmed five persons dead and four critically injured in Sunday’s attack by the police officer. 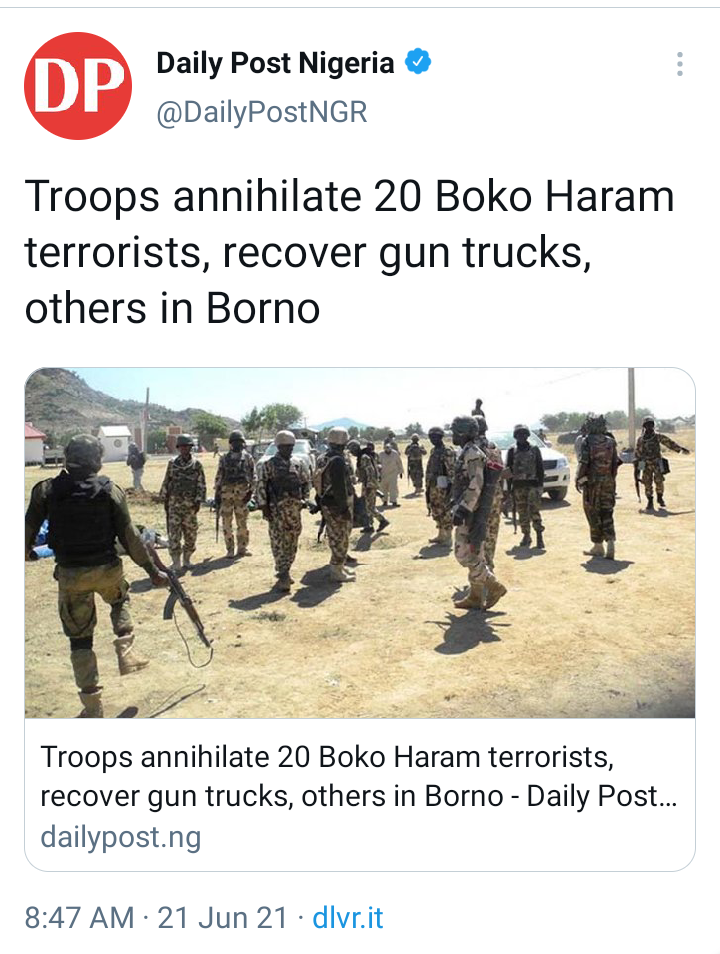 The Nigerian Army, on Monday, disclosed that troops of Sector 2 under Operation HADIN KAI have neutralised more than twenty ISWAP terrorists camping in Lambo forest in Borno State.

He indicated that the troops while acting on intelligence and with a support from the Nigerian Air Task Force component inflicted the heavy casualty on the terrorists. 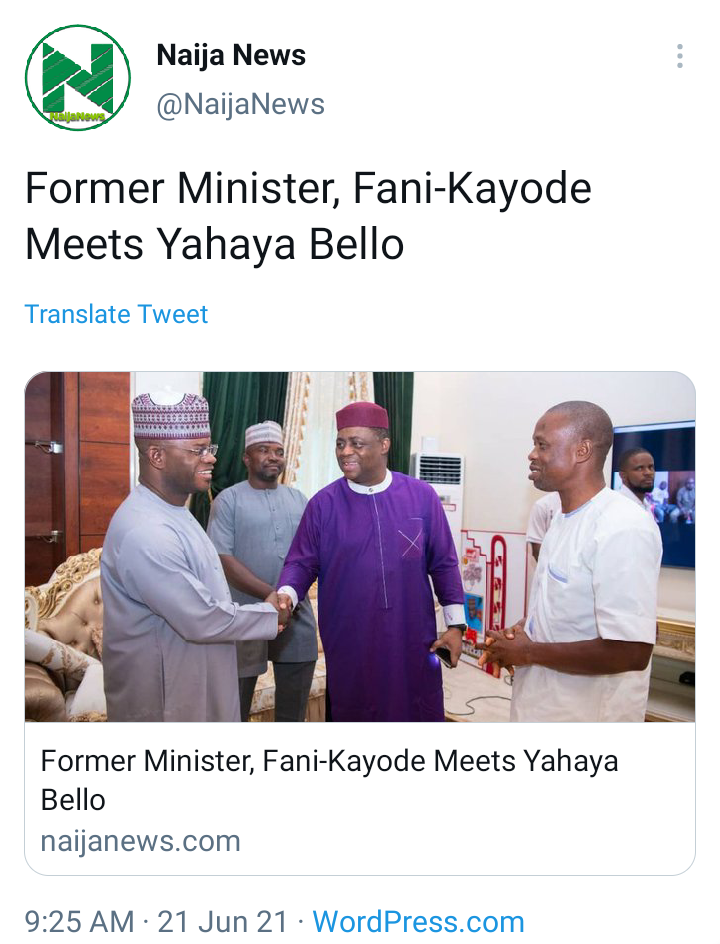 The Minister of Aviation under former President Goodluck Jonathan administration, Femi Fani-kayode, at the weekend, met with the Governor of Kogi State, Yahaya Bello to discuss the state of things in the country.

The former minister expressed optimism that amid the challenges affecting the country, Nigerians will have every reason to smile again.