Edo 2020: See What Ize Iyamu's Supporters Were Caught Doing That May Disqualify Him [VIDEO]

Using both approved and unapproved ways, the different camps have gone further to meet, engage with their supporters within the state in a continued show of politicking. 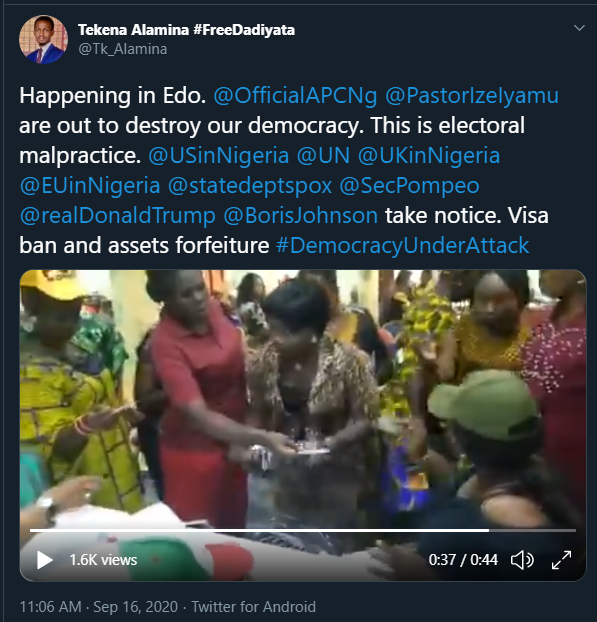 Amid these campaign measures, one that has been regarded as a gross abuse of the democratic process is vote-buying.

This means the act of giving out cash or gifts to get voted for in return.

In a video that has since gone viral, some women seen to be the supporters of APC candidate, Pastor Osagie Ize-Iyamu (POI) are seen trying to coordinate some women who had formed a queue to get their own share of the election gifts. 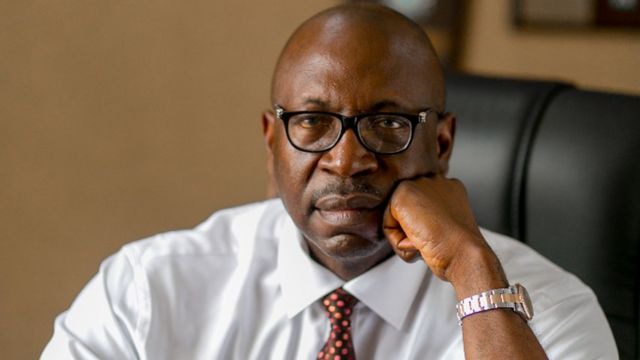 The women coordinators, seen with the POI boldly written on their face caps, were seen controlling and doling out gift items to the other women with the PVCs who were seen trying to show their cards before getting gift items like wrappers and other things.

This action is capable of disqualifying Ize Iyamu as INEC has continually warned against such actions during elections.

Recall Edo state has continually been in the news because of this election. 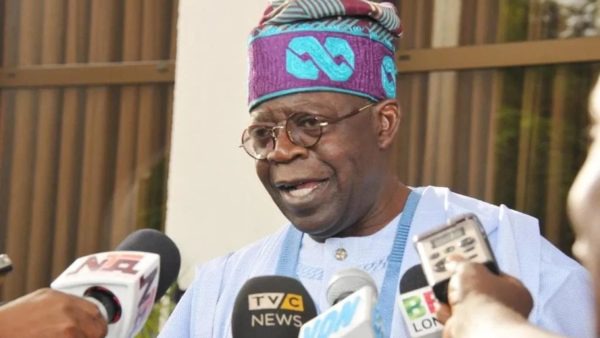 Just yesterday, the national leader of the party, Asiwaju Tinubu, was seen on video, calling Edo people to reject the incumbent governor who is flying the PDP flag and vote Ize Iyanu of the APC instead.

There have been calls from different quarters for the national leader, Tinubu, to allow Edo people to chose who they want.

With the signing of the peace pact and with the words of admonition from the Oba, this is hoping Edo state gets it right this time without violence.

available jobs in nigeria happy birthday big brother how to make akara keke napep peruzzi latest song
Opera News is a free to use platform and the views and opinions expressed herein are solely those of the author and do not represent, reflect or express the views of Opera News. Any/all written content and images displayed are provided by the blogger/author, appear herein as submitted by the blogger/author and are unedited by Opera News. Opera News does not consent to nor does it condone the posting of any content that violates the rights (including the copyrights) of any third party, nor content that may malign, inter alia, any religion, ethnic group, organization, gender, company, or individual. Opera News furthermore does not condone the use of our platform for the purposes encouraging/endorsing hate speech, violation of human rights and/or utterances of a defamatory nature. If the content contained herein violates any of your rights, including those of copyright, and/or violates any the above mentioned factors, you are requested to immediately notify us using via the following email address operanews-external(at)opera.com and/or report the article using the available reporting functionality built into our Platform

"Why Is Erica Not Here" Fans React As Erica Was Absent In Last BBN Hour Party. See Reason 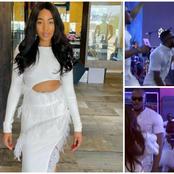 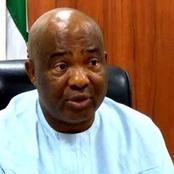 #BB9ja: This Man Did Not Eat His Food Because Of Laycon, Check Out What He Was Doing 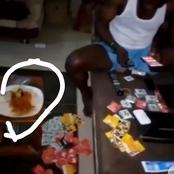 Gbagi has Finally Spoken on the Media Report, He Says the Report are Political Arrangement. 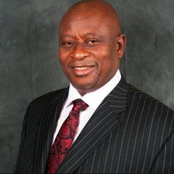 BBNaija 2020: See What Happened During The Saturday Night Party At The Big Brother House 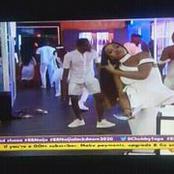 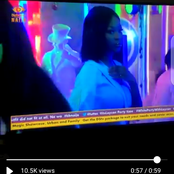 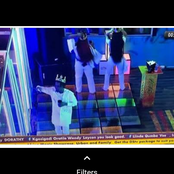 Photos: Take a look at the elegant outfits of all the 19 housemates and pick your favorite 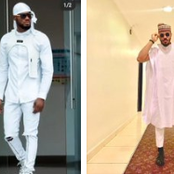