By MarkWitness (self media writer) | 1 month ago 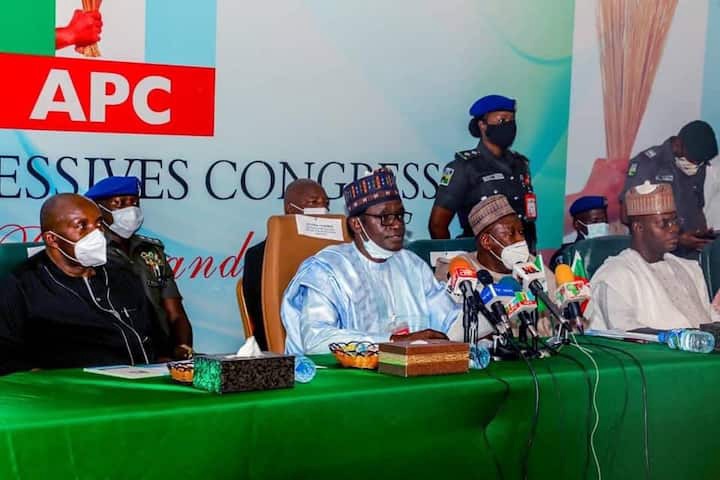 According to the "INDEPENDENT", gunmen numbering about ten, on Saturday, invaded the Ake Palace Ground in Abeokuta, the Ogun State capital, venue of the ongoing parallel Congress of a group of the All Progressive Congress (APC).

According to "INDEPENDENT", the faction loyal to former Ogun State Governor, Senator Ibikunle Amosun, were preparing for its exercise when the gunmen broke into the venue.

Present at the event, were; Minister of Mines and Steel development, Mr Olamilekan Adegbite, Tolu Odebiyi, and the governorship candidate of the Allied Peoples Movement (APM) in the 2019 election in the state.

Also, in attendance was Mr Adekunle Akinlade were amongst the dignatries, before the gunmen came calling.

However, it was reported by the "LEGIT NEWS", that a crowd of party supporters later threw stones at the suspects who later fled the scene.

Amid the pandemonium at the monarch's palace, hundreds of persons, including security operatives scampered for safety.