You Were Not Elected For Muslim Alone, Christian Association Berates Gov. Abdulrahman

By Truemedianews (self meida writer) | 29 days 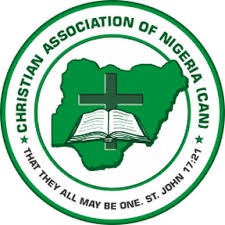 The National body of the Christian Association of Nigeria, (CAN) has lambasted the executive governor of Kwara state for being behind the religious violence in the state.

In a press release signed by the General Secretary of the Association, Joseph Bade Daramola Esq, the Association blames the governor for ordering reopening of affected schools without resolving the issue on the ground, that the governor made pronouncement against the ruling of the court which has ordered that the status quo be maintained.

The Christian body also berated the insensitivity of the Governor to the yarning of the people, but rather behaves as if he was elected into the office only to protect his religion. The body said that the Governor should be held responsible if the matter degenerates into more religious violence in the state. CAN accuse the governor of being behind the attacks on churches and schools as witnessed today, in a bid to enforce his religiously motivated order. 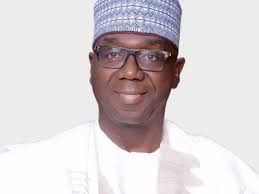 The body then called on the Federal Government and the Inspector General of Police to as a matter of urgency, intervene in the matter before it further degenerate, and called on the Governor to call his hoodlums and thugs to stop attacking churches and the Mission schools and allow peace to reign.

Recall that there was religious violence earlier today at the First Baptist Church Secondary School, Surulere Ilorin, where the gate and the signboard of the School were removed by some Muslim youths, many people were injured in the process, it took the gallantry efforts of the Nigerian Army from Sobi barrack to put the violence on the halt.

Mothers, Look Beautiful For Your Husband With Any Of These Beautiful Outfits

Boy And His Friends Stole Fish From Man's Farm, He Came Back The Next Day To Steal More And Was Caught

Nnenna lives in Enugu with her husband, she was arrested after she poisoned her 3 years old stepson