Photos: Argentine women celebrate the legalization of abortion in their country. 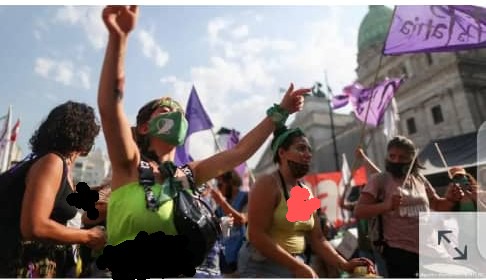 Argentina has just taken a step in what is regarded as increasing women's rights and safeguarding public health through it recently legalization of abortion in the country. The country Legislators had gathered on Tuesday, December 29, 2020, to deliberate and vote on the highly controversial abortion Bills which was originally sponsored by President Alberto Fernandez.

Argentina now joined a few other South American countries to legalize abortion. Meanwhile, previously in Argentina, terminations of an unborn babies were only legal in two circumstances which are if the woman is impregnated through rape or when the pregnant woman's life is in danger.

But following over twelve (12) hours of debate that began on Tuesday, December 29, 2020 by the country's Lawmakers, the Senate President, Cristina Kirchner finally confirmed the news. The news of the new law sparked wild jubilation and celebration across the country, especially in the country's capital, Buenos Aires. 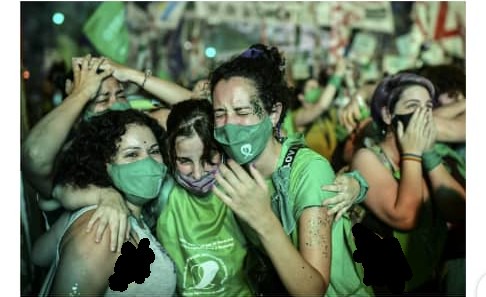 According to the information gathered, the pro-choice activists have been campaigning for years, in fact, their struggles is reportedly dated back to 1921, so, it shouldn't come as a surprise to anyone seeing the wild jubilation that greeted the announcement of the new law. Just as the pro-choice activists have the green scarf as their symbol, the anti-abortion activists adopted light blue scarves as their own symbol.

Meanwhile, several religious bodies and organizations in the country has since reacted to the new law, obviously condemning the passage of the abortion bill into law. And it was equally alleged that it is this religious groups that have impeded the success of the bill for decades, hence the reason for their obvious disappointment following the new development. 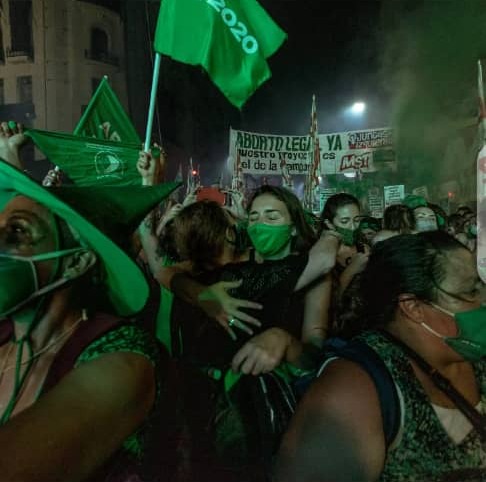 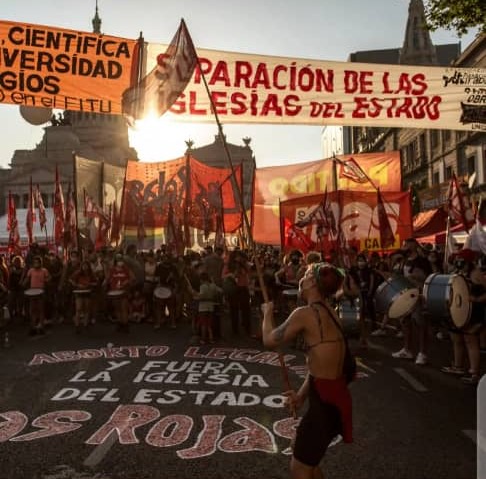 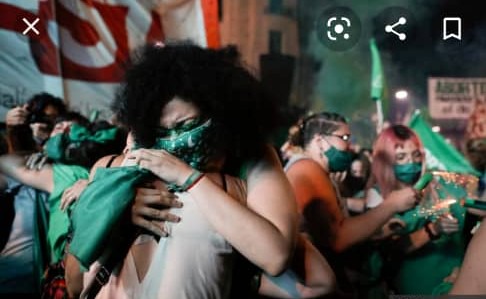 Meanwhile, some others were not happy for the new law which legalizes abo*tion in the native country of his Holiness, Pope Francis, who is the leader of the Roman Catholic faithfuls world over. Below are some photos of the opponents of the abortion legislation as they gathered outside the Congress on Tuesday, December 29, 2020. 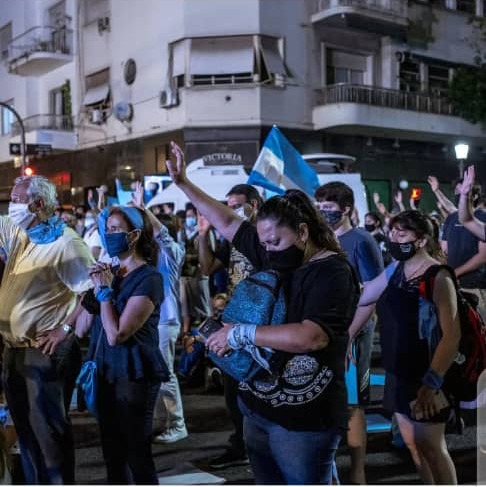 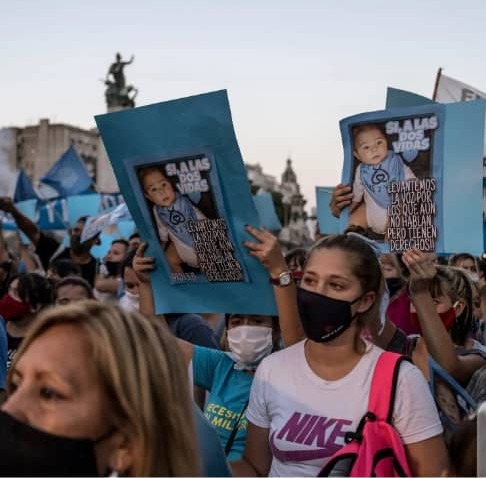 Meanwhile, aside the new abortion law in the country, there are some other crucial legislations that have been passed in the country. Like the Gay Marriage bill passed in 2010, s*x education introduced in 2006, and the gender identity law which came into existence in 2012.