By Salembru (self media writer) | 1 year ago

Aladja community in Udu local government areas of Delta State Nigeria, is a coaster Town located on the bank south of the River warri. The majority of the people are native of Udu, the 5th largest ethnic groups in Nigeria.

Until the section of the land was occupied by the ijews, which causes the fight between Urhobo and Ijews in the 1990s.

Ogbe-Ijoh is community in warri south west local government of Delta State, is also a coaster Town located in the bank of the River, the majority of the peoples are native of Ogbe-Ijoh. The fourth largest ethnic groups in Nigeria.

The communer Crisis between Aladja and Ogbe-Ijoh, over a land dispute have been from the 1990s. The crisis dash to peace in the 1990s, but came up again in the " Millennium" 2016.

The crisis was so crucial, to the existence sophisticated weapons was introduced, all form of militant, in the Naija Delta was involved, Nigeria Army, Navy and Air-force, that was deployed for peace keeping, was so surprised for the kind of "Gun sounds" they were hearing, and they say, that this is not crisis but War. 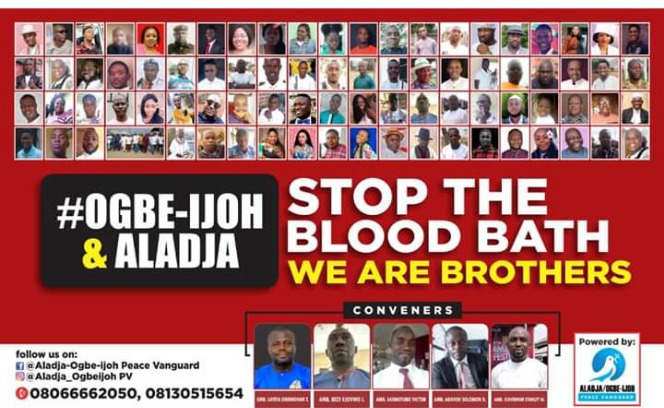 In a bid to ensure that peace is restored to Aladja community Udu local Government and Ogbe-Ijoh community in warri south local government. This was conducted by the Ambassador of Aladja and Ogbe-Ijoh peace vanguard on the 10/07/20. The convener of the group Ambassador Enieghan Layefa, revealed that the aimed of there visit, is to find a lasting solution of the the age-long Land dispute between the two communities which has Ironically claimed thousands of lives. The peace Ambassador of Aladja and Ogbe-Ijoh Vanguard news paper have also make it clear to pay a visit to the state Governor in order to facilitate the peace process, after meeting with all stake holder from both communities, including the local government chairman of Udu and warri south West. This news is common on social media, and. Vanguard news paper . And it will be in one of the radio station too in Delta State.

Content created and supplied by: Salembru (via Opera News )

How Chelsea would beat Norwich City without Lukaku and Werner